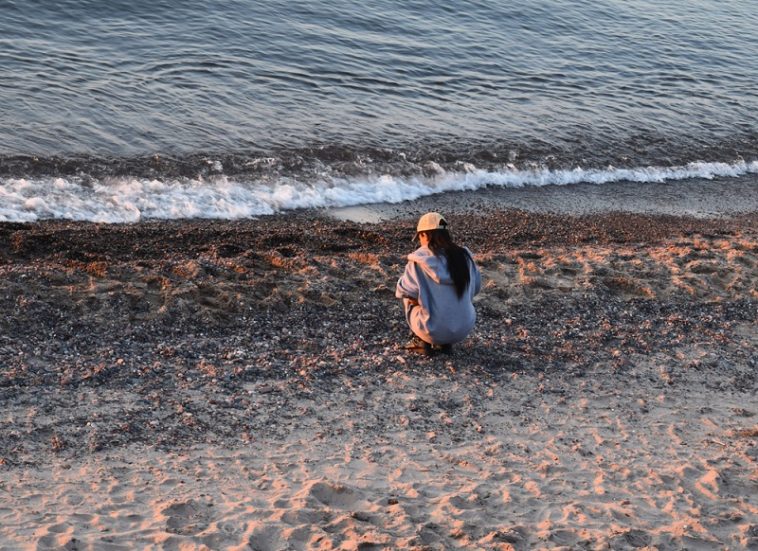 Whether it’s along the shorelines of Lake Superior or on the beaches of the great Pacific Northwest, agate hunting is an incredibly popular pastime for many rockhounds. And rightfully so!

Available is such a wide variety of colors, many agates are naturally tumbled and can be plucked from the beach in beautiful gemstone condition, making them the crown jewel of any rockhounds collection.

Agates, however, can be very illusive, even to the experienced rockhound. So if you’re planning on heading out to try your luck at finding a pocket full of natures tumbled gemstones, consider taking a look at some of these agate hunting tips I put together for you. 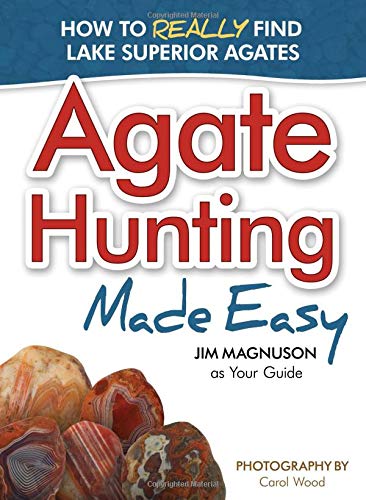 Agate Hunting Made Easy: How to Really Find Lake Superior Agates Check Current Price
We earn a commission if you click this link and make a purchase at no additional cost to you.
For Northwest Agate Hunters! 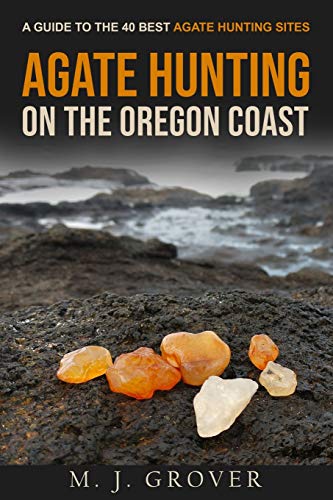 Agate Hunting on the Oregon Coast: A Guide to the 40 Best Agate Hunting Sites Check Current Price
We earn a commission if you click this link and make a purchase at no additional cost to you.

1. Look For Beaches That Have Exposed Gravel Beds

My favorite location to look for agates is along the beaches in Oregon. But regardless of where your favorite agate hunting location is, you should always keep an eye out for exposed gravel beds.

Many of these gravel beds are completely covered by sand the majority of the time. But when the ocean does decide to remove the sand, these newly exposed gravel beds can be a hotspot for agates.

2. Use Winter To Your Advantage

There are a couple reasons why I like to hunt for agates during the winter months.

First, if you’re in an area where crowds tend to congregate, you’ll often find yourself completely alone during the colder, rainier winter months. This means more agates for you!

Second, some of the largest storms pass through during the winter. These strong storms are what move sand and gravel around.  Agates that are typically under water or covered by sand are brought to shore and exposed during these storms.

3. Keep The Sun Behind You

Try to hunt for agates with the sun at your back. If it’s not possible to have the sun at your back, then keeping the sun directly in front of you also works well.  Agates are translucent, and if you can get the angle of the sun just right, it will appear as if the agates are filled with sunlight, illuminating them and making them much easier to spot.

In addition, agate hunting can be best in the early morning or later afternoon and evening hours when the sun is lower in the sky. I’ve found that this lower angle of the sun helps illuminate the agates causing them to “glow” and make them much easier to find as they stand out from the rest of the surrounding rocks.

As rockhounds and agate hunters, we spend hours upon hours walking creeks, beaches and shorelines looking for agates and other natural treasures.  How many times in a day do we bend down to investigate a possible find or a pretty rock? Countless times!

That’s why I started using a beach sand scoop. The one I use and recommend is the Sand Dipper.

The Sand Dipper is a stainless steel ‘basket’ beach sand scoop that’s attached to the end of a telescoping aluminum rod.  All you have to do is extend the pole out to your desired length, scoop up your agate and the wire mesh basket strains out the sand and other debris.  All that’s left is your agate, seashell or other treasure you wanted to pick up!  And you never had to bend over to get it!

Sand Dipper Beach Scoop Check Current Price
We earn a commission if you click this link and make a purchase at no additional cost to you.

“Good things come to those who wait”. This statement has never been more true than with agate hunting. Speaking from experience, you could be in the middle of one of the best agate hunting areas known to man and still not find an agate for a very long time.

Don’t think that you’ll be able to walk out to your rock collecting area, spend 15 minutes looking and expect to walk out with a pocket full of agates.

Plan on spending at least an hour or more looking for agates. Of course you may find some much sooner than that, but don’t plan on it. Plan on spending a little bit of time searching before any start jumping out at you.

Hunting agates can at times become overwhelming. As we stroll along the beach or shoreline, we want to look at every single thing on the ground that catches our eye. As a result, we stop, pick up the item and investigate. Then we continue on, trying to see everything as we walk along.

The problem with this is our brains begin to “shut down” as a result of the visual stimulus overload, which means we can easily over look the agates that are literally right there in front of us.

To combat this, try walking a little faster, keeping your eyes open for only the agates, and help train your brain to filter out the other “pretty stones”.

7. Confidence In Knowing What To Look For

There’s a story on miningjournal.com that talks about a husband and wife who spent 20 years hunting agates together. While the husband was successful at finding agates during their outings, the wife on the other hand had never found a single agate.

Worried that the wife would give up, the husband decided to plant a few agates on the beach for her to find.

Strangely enough, the wife never found those agates! Eventually, after passing by them multiple times, she finally found all of the agates the husband had planted. And now she has been successfully spotting agates ever since.

This just goes to show that once she became confident in knowing what she was looking for, she was able to start spotting agates successfully.

Another successful strategy for finding agates is to spend some time digging. If you’ve got the energy to do so, digging down through the different layers of rock piles can yield really good results if done in the right spot.

Since I prefer to walk along the shoreline looking for agates, I usually reserve this method if I’m really late to the beach and the crowds have already had a chance to scour the hunting grounds.

I’ve mentioned this earlier, but I want to reiterate how important it is. If you can avoid the crowds and other rock collectors, you’re going to have much better success. There’s a couple things you can do to help avoid the crowds and ensure that you’re the first one to find the agates.

First, try to go early in the morning when other agate collectors are still sipping on their coffee and reading the news. The early bird gets the worm has never been more true than for agate hunting.

Second, try to access beaches that the crowds generally do not flock to. Some of my most successful agate hunting trips have been on canoeing trips where we made our way to beaches that were seldom visited by humans. These beaches are typically littered with not just agates, but jasper, petrified wood and other collectible rocks.

10. Bring An Agate Along With You

If you’re hunting in a new area or are just new to hunting for agates in general, bring an agate along with you from home. When you get there, drop it on a gravel bar to get a sense of how it looks lying there among the other rocks and debris.

Doing this is going to help train your eye to pick the agate out from the rest of the gravel. Once you have your eye attuned to the look of the agate, you’ll be able to spot them regardless of their color or shape.

Agates are those translucent banded rocks you find on beaches and gravel bars.  Agates are a variety of microcrystalline quartz. They’re typically used as a semiprecious stone when it’s a desirable quality and color.

Agates typically form by the deposition of silica from groundwater in the cavities of igneous rocks. This is why sometimes some of the larger agates you find have smooth, round surfaces.  Essentially, the igneous rock the agate formed inside of was a mold for the agate. Fortunately, the state of Oregon is prime for creating incredible looking agates.

How Do You Identify Agates On The Beach?

One of the most interesting things I’ve noticed about agates are their many different colors. You can find any color you could imagine, as well as some that are much more rare and unusual. Each individual agate has a completely unique appearance too due to the different minerals in its composition which ultimately creates this amazing variety of colors!

The best way to identify an agate on a beach is by looking at its opacity (translucent quality). All agates have translucency when they are held up towards natural light, but some have a higher degree of transparency than others. Opacity can be attributed to many factors including mineral content and crystalline form, so it’s important not only for identification but also because it helps tell what kind of agate you’ve found.

Related: Can You Use Bleach To Clean Agates? 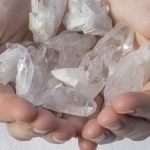 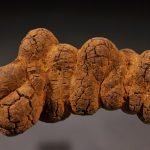