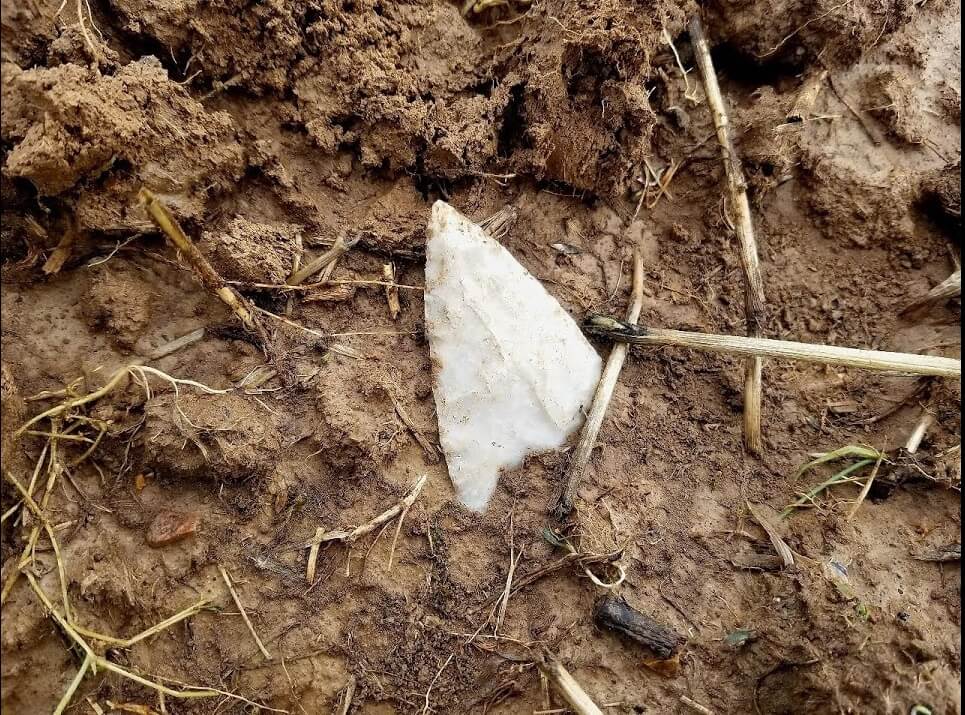 However, when we talk about arrow heads today, most people are usually talking about arrowheads that were made out of stone.

Stone virtually lasts forever and does not decay like bone and antler.  It’s these stone arrowheads and other old Indian rock tools and artifacts that have survived and which we’re able to find hundreds and even thousands of years after they were made.

Below is a list of some of the most common types of stone that arrowheads were made out of.

For example, in the Northwest and other areas of the West coast, it’s very common to find obsidian arrowheads.  Obsidian is a volcanic glass that is formed as magma cools under very specific conditions, which is why it’s only found in certain areas of the world.

Here in Oregon, where I live, there is a place called Glass Butte, which is a massive deposit of obsidian. This obsidian deposit was extremely important, not only to the Native Americans  in the area, but to ancient peoples all around the United States.

Indian artifacts made out of obsidian from the Glass Buttes deposit have been found  all over the Pacific Northwest and as far east as Ohio!

This is because not only was the obsidian easy to access, but it is the absolute perfect material for making razor sharp spear heads and arrow heads.  And as such, the ancient peoples would use the obsidian for trade.  And the people who traded would carry Glass Butte obsidian with them as they traveled.

On the East coast, it’s common to see arrowheads made out of felsite and rhyolite, because this type of stone is in abundance in that region of the country.

In the Southwest and surrounding areas, materials like petrified wood and quartzite tend to be fairly common arrowhead material.

As you can see,  it really depends a lot on what part of the country the Native Indians lived in, or traded in, that determines what kind of stone the arrowheads were made out of.

If you’d like to learn more about Indian arrowheads, be sure to read my Ultimate Guide To Native American Arrowheads.

If hunting arrowheads is something you’re interested in, then you’ll want to read my guide on How To Find Arrowheads in The Woods.

Or if you already have a collection of arrowheads and are curious in knowing what they’re worth, read my guide on What is An Indian Arrowheads Value.