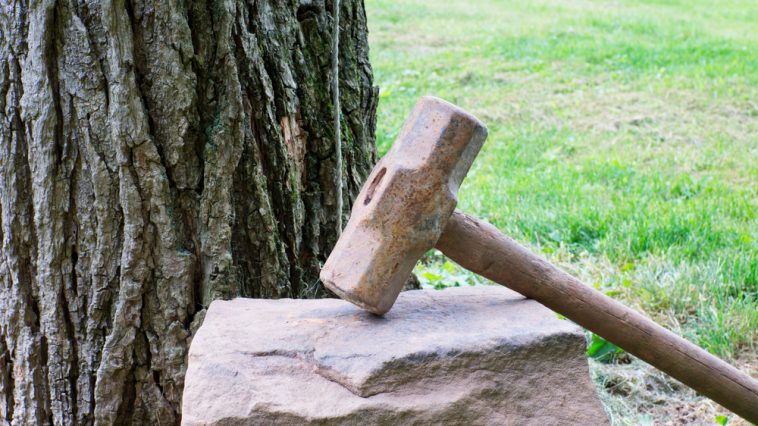 There’s many different reasons why you might want to break rocks with a sledge hammer. For me it’s usually a result of two different things:

The second reason is the most recent issue I’ve had to face. But, I know that’s not why you’re here. We can talk about yard work later.

So, just how do you break rocks into smaller chunks with a sledge hammer? That’s exactly what I’m going to go over in this post.

Breaking Rocks With a Sledge Hammer

Before we get into it, first things first. And that is protective gear. At a minimum you need protective eyewear. If you don’t have that, don’t proceed.

Wearing protective eyewear is the number one rule in all rock breaking activities. It doesn’t matter if your using a large sledge hammer of if your using a small chipping hammer to crack open a geode. Nothing is worth losing your eyesight over. No rocks. No minerals. No fossils. Nothing. The second thing you should keep in mind is protecting your hands. Use a pair of sturdy gloves whenever you’re swinging a sledge hammer. In addition to protecting your knuckles from incoming shards of broken rock, you’ll also protect your fingers from irritating blisters.

How To Break Rocks With a Sledge Hammer

The first thing you’ll want to do is cover the rock, so when you hit it with the sledge hammer you’ll minimize the amount of broken off shards that fly off.

Depending on how large the rock is that you’re working with, try wrapping it in a scrap piece of carpet or even old burlap bags.

If your rock is sitting on the dirt or yard, you’re going to have a difficult time breaking it. That’s because those types of surfaces are too giving.

You’ll need to set the rock on a harder surface such as a steel plate or hard, thick concrete.

Warning: If you do decide to use a concrete slab as your surface to break rocks on, you should know that there is a very good chance that the concrete may also crack.

Now that the rock is sitting on a hard surface, is properly covered to prevent shards from flying and you are wearing your safety goggles, it’s time to break the rock.

Swing the sledgehammer a full 180 degrees to hit the rock. Starting slow, swing the sledgehammer above your head and down onto the rock using your arms and legs to do the majority of the lifting. Keep hitting the same spot again and again. Eventually, a small fault line will appear on the surface of the rock. Once it does, you are close to breaking it in two. 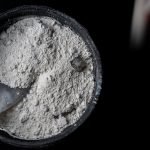 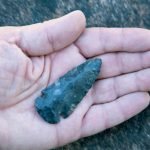