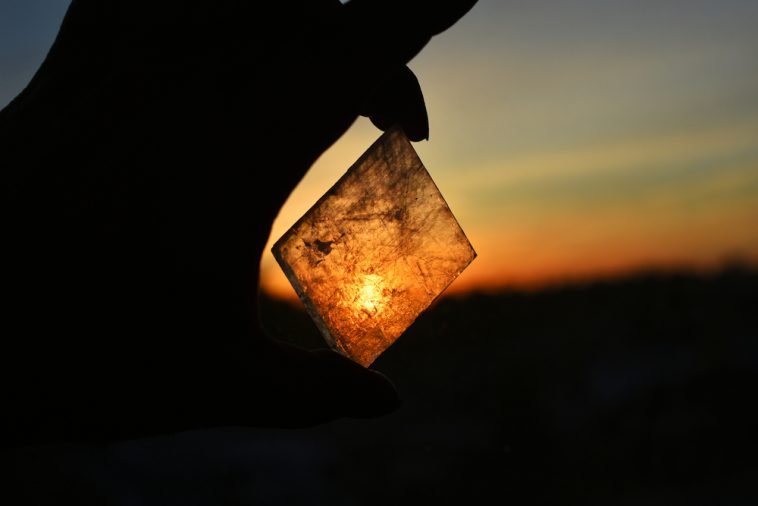 Calcite, also known as calcium carbonate, is a fascinating mineral that is one of the most common minerals on the planet, yet comes in a variety of shapes, sizes, colors, clarity. The mineral also fluoresces, phosphoresces, and may also be thermoluminescent. It can stand on its own as a singular mineral or form part of another mineral. Give calcite enough pressure, and it’ll turn into limestone and marble. Calcite is a polymorph that comes in over 800 forms and is so variable that you could collect it throughout your lifetime and never be able to get your hands on all the forms.

The chemical makeup of calcite is CaCO3, and it has a hardness of 3 on the Mohs scale. It has a hexagonal crystal system, and it’s frequently found in rhomboid shapes, but it’s also capable of forming into spheres. Calcite is found in metamorphic, sedimentary, and igneous rocks around the world. In short, it’s a mineral that’s found everywhere you look. It’s used in a wide range of applications that range from acid reduction, soil treatment, abrasive, pigment, pharmaceutical, and concrete.

The crystal system of calcite is known as trigonal, and is primarily found in hexagonal and rhombohedral system with four indices, or faces. Another structural feature of calcite is cleavage that does not intersect at 90o, and is what gives calcite its signature six-sided polyhedron shape. Its cleavage quality is considered perfect in terms of morphological coordinates and structural units. Twinned crystals are commonly found in calcite spars.

Calcite has three distinctive shapes that include scalenohedral, rhombohedral, and prismatic. The scalenohedral form is the most common form and comes in a triangular or diamond shape known as a twin. Rhombohedral shapes come in squares and rectangles, and are also found with a tilted axis. Prismatic calcite is calcite that’s crystal clear and refracts light.

Calcite comes in different colors and transparencies that are the result of impurities and chemical reactions as the mineral formed. White is the purest form of calcite whereas transparent calcite is the result of crystallization during its formation. The mineral can be found in colors that include orange, red, blue, green, yellow, brown, and black. Sometimes calcite can contain more than one color in the same stone.

What are the Different Types of Calcite?

As previously mentioned, there are over 800 varieties of calcite which makes it difficult to cover each and every type of calcite. Following is a look at the most popular forms of calcite that are sought by mineral collectors.

This formation of calcite gets its name from the fact it looks like a grouping of dog’s teeth. This form is known as a scalenohedral crystal and can be found in large groupings on their own, combined with another mineral, or a single crystal. Most dogtooth spar formations are small due to the fact the crystals take a long time to form. The longer the spar, the older it is.

Optical calcite is crystal clear, is usually rhomboid in shape, and creates a double refraction when viewing something through the crystal. The clarity of the optical calcite is similar to a high-grade crystal quartz in that it looks like an ice cube was turned to stone.

Colbatoan calcite is a rare form of calcite that features cobalt impurities. The cobalt causes pink crystals to form in the deposit. It’s one of the rarest form of calcite and has only been found in Italy, Morocco, UK, Spain, Mexico, the Congo, and Switzerland.

Fairy stones are a mixture of calcite and clay that look like mud puddles made of stone. Their formation is the result of Loess being blown away by winds and formed into deposits. Groundwater then flows through the deposits and dissolves the calcite and clay, then redeposits it in the globular formation that is called a fairy stone. These stones sometimes resemble people and animals which adds to their collectability.

Calcite comes in a variety of banded colors with bumblebee jasper being one of the well-known types. Bumblebee jasper is actually fibrous bumblebee calcite with orange, white, black, and gray banding. These colors can be found all in the same stone or in different variations.

Why Does Calcite Fluoresce?

There’s a bit of irony in the fact that one of the most common minerals on the planet is capable of fluorescence, yet few minerals have the impurities that react to ultraviolet light. Calcite can fluoresce in a rainbow of colors that include pink, orange, green, white, red, and blue, and sometimes a specimen can display multiple colors at the same time.

The impurities that cause calcite to fluoresce are tungsten, lead, boron, titanium, uranium, chromium, manganese, and molybdenum. The fact that lead is a contributor to fluorescence means that you’re more likely to find fluorescent calcite in areas that feature lead deposits.

One variation of calcite, known as Iceland spar, was used by the Vikings to navigate their ships. Iceland spar is crystal clear and exhibits a quality known as double refraction Place a piece of Iceland spar over text, and you’ll see the text refracted twice in the calcite. Optical calcite was used in gun and bomb sights during WWII. This variation is also known as optical calcite, but originally got its name from Iceland due to it being commonly found in the region.

Where is Calcite Most Commonly Found?

Calcite is found just about everywhere in the United States as would be expected from one of the most common minerals on the planet, but different locations deliver different shapes and sizes with some locations being more abundant than others. For example: In Wisconsin, calcite can be found in a band of Paleozoic carbonate that stretches from the state line next to Minneapolis, goes south to the Mississippi valley, heads east to Madison, and turns north to the Door Peninsula and Green Bay. The most abundant sources of calcite are found in the Upper Mississippi Valley zinc-lead district, but you can also find calcite on the shores of Lake Michigan at low tide near Whitefish Bay.

When you go hunting for calcite specimens, look for geological surveys that denote where calcite is most commonly found in your state, the type, its abundance, and any associated minerals that are found in conjunction. This will help you identify the type of calcite you want to collect, and how to find it when you go rockhounding. Doing a search for “where to find calcite near me” or adding “rock hounding” to your search will return links to relevant information for where you can reasonably expect to find calcite and eliminate getting results for the game Minecraft.

The fun of collecting calcite comes from the fact the mineral has so many different appearances, color, quality, and shapes. You can fill up a display case of calcite and never repeat a shape if you so desired. It may be a common mineral that’s found across the globe, but it is never boring.

Where Do I Find Calcite Rocks in the Field?

The best resource for finding calcite in your area, or a state you want to visit, is to contact the local mineral and gem club or the nearby university. Both are quality resources in terms of their knowledge for finding calcite and can tell you the best places to go hunting. Mineral societies tend to have members that are always on the hunt for new mineral specimens and can direct you to places that are open to the public for collecting. Some quarries and mining operations allow the public to visit and mine during certain times of the year. This information is usually posted on a website, or you can contact the quarry directly to find out what kind of access they give to the public.

What Do I Need to Collect Calcite From Deposits?

In order to mine for calcite, you need some quarrying and mining tools to remove it from a deposit. You’ll want to bring:

Remember the fact that calcite is a soft mineral as you work on removing it from the deposit. You need to use some force with your tools to free it up, but don’t go too hard with your efforts in order to avoid breaking the crystals. It’s better to be gentle with your tools as you get closer to the specimen you’re looking to collect.

Looking for fluorescent specimens of calcite? That’s where the portable shortwave light comes in. They look like small flashlights, but emit UV light instead. They’re affordable, and can be used at night to help you locate pockets of fluorescent calcite. For daylight hunting, use the square of black fabric to act as a hood to block the light and scan your find with the UV flashlight. You should be able to see the calcite fluoresce and give you an idea of the color it contains. 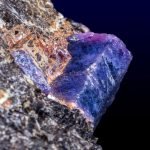 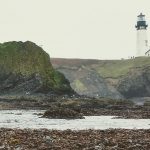