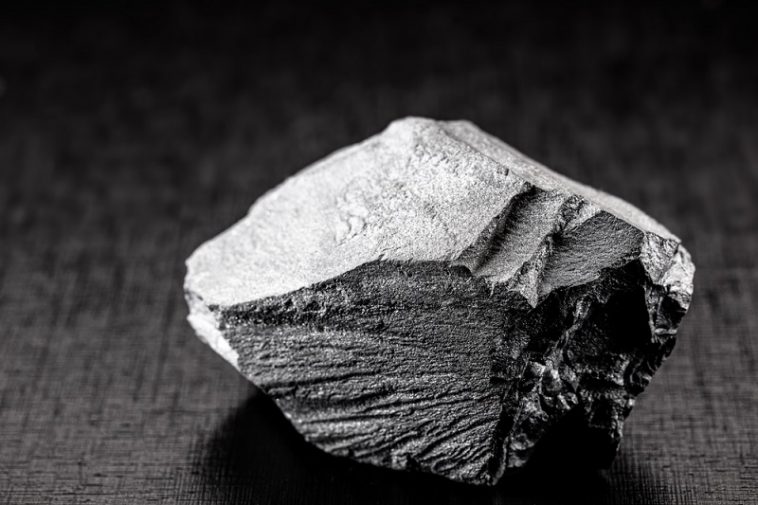 There are a lot of geological terms that get thrown around in rockhound circles. If you don’t come from an academic background, there’s a lot of questions just to get the terminology right. For instance, what’s the difference between an ore and a mineral?

Well, let’s dig right in and I’ll show you how to distinguish these classifications.

What is a Mineral?

A mineral is any solid, inorganic substance found in nature. Minerals have distinct chemical configurations and some sort of order to their internal structure.

Inorganic, in this case, just means that they lack carbon. With some rare exceptions, like the various types of coal, rocks are all inorganic.

You see, a mineral isn’t necessarily a rock. It’s a pure substance with a clearly defined chemical formula. A bit of granite or gabbro may contain dozens of different minerals.

On the other hand, a high-clarity quartz crystal may be 99.9%+ SiO₂.

Crystals, as opposed to rocks, are usually comprised of a single mineral although impurities can lead to different colors. Anyone familiar with the amethyst/prasiolite/citrine formation process also knows that heat is another factor.

Of course, these impurities are their own minerals. Even if they only occur in microscopic amounts in the majority of crystals.

Simply put, a mineral is an inorganic compound with structure and a distinct chemical formation.  If there’s more than one compound in play, then we’re looking at a rock instead of a mineral.

What is an Ore?

Ores are rocks or minerals that contain metals accessible by humans.

Ores are how we get most of the metals that we use in our daily life. Everything from the copper circuits in your phone to the steel structures of skyscrapers to gold jewelry. It’s all been pulled from the earth and processed from ores.

Smelting is the process of removing metals from the ore and rendering them as a monoatomic compound instead of the more complex molecules that make up the ore itself.

Metals do sometimes occur in their regular form. In that case, the proper term is “native.”

Where things get confusing for rockhounds is that many of the same collectible stones they have in their collection are actually ores. Malachite is a great example: it’s both a highly prized ornamental stone and a commercially important copper ore.

Most ores are actually rocks rather than solid minerals. The best of them often contain multiple minerals with the same metal, but in some cases, ore may be processed for multiple metals.

Where Do Rocks and Stones Fit In?

A rock is a bunch of minerals combined into one solid form. Stones that we think of as a solid material, such as marble, are actually a conglomerate of different minerals.

Most of the stones we encounter are conglomerates of one stripe or another. Otherwise, they would lack the color and patterns that appeal to the “shiny” impulse of rockhounds.

Going by strict definitions, rocks and stones are different as well. A stone is a smaller bit of rock, usually something that can be carried by a single person.

On the other hand, rock is just a reference to the material. A bit of gabbro in your hand is a stone, gabbro, in general, is a rock. Most of us use these terms interchangeably in normal speech or even use them in the reverse fashion.

Then we get to what’s known as the Wentworth Scale, which gives us a precise definition of a boulder, cobble, pebble, and so on. The precise definitions go all the way down to silt. It’s a lot of vocabulary to learn if you want to be precise.

Hey, no one ever said geology was easy.

Rock taxonomy is a deep subject, but it makes it clear that each stone is variable rather than them all being the same. There are disagreements everywhere from Facebook groups to research laboratories.

It’s complicated and not every rockhound is a geologist. The only thing you need to remember is that rock is comprised of many minerals and not a pure substance.

So, What’s the Difference?

Every ore contains minerals, but how do we find the exact difference?

After all, most minerals contain some metal.

The difference is an economic one, not a geological one. Essentially, the stone has to be profitable for extraction. The factors that come into play are numerous, but most ores occur in large formations, are easily mined, and are easily processed once they’ve been pulled from the earth.

Feldspar, for instance, has many different forms but all of them contain aluminum. It’s not used as an ore in any real quantity, although backyard chemists have been known to get creative with odd minerals.

The process of extraction is just too expensive and complicated for feldspar to be a viable ore. It’s still an important mineral, it’s just used in industrial processes rather than being smelted for elemental aluminum.

On the other hand, Bauxite is the world’s main source of aluminum. While a rock, rather than a pure mineral, Bauxite contains three minerals with large amounts of metal. These minerals (gibbsite, boehmite, and diaspore) are easily processed.

If you have anything aluminum in your house… well, chances are at some point it was a bit of red, crumbly stone with a distinct pattern.

This difference may seem arbitrary, but it’s also easy to remember. If you can turn a profit when processing a rock… it’s an ore. Minerals are pure compounds in their own right.

If you remember nothing else, the following three points will get you there:

If you can remember that, you’re in good hands! 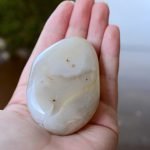 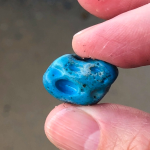