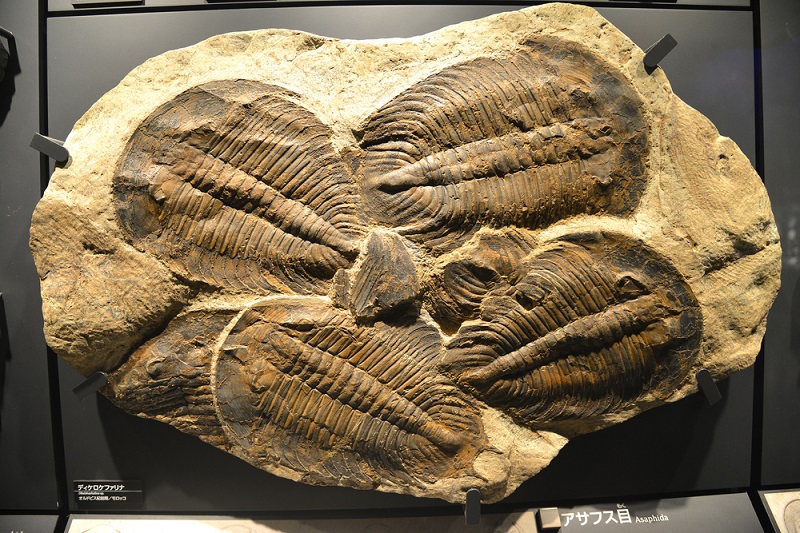 Photos and descriptions of each order can be found on various websites to help you identify your own unique specimens. Here is a basic description of each currently accepted order to help you know what to look for.

The Ptychopariida order of trilobites is sometimes referred to as “generic trilobites,” although some strange variations have sometimes been observed in the basic body plan.

Elrathia kingii, the world’s most common trilobite, is one of the species found in this order. Over 50,000 Elrthia specimens have been found, many in the Wheeler Shale of . Also common in this geological area is the Asasphiscus wheeleri, a classic trilobite but rarer to find as complete specimens.

Also found in order Ptychopariida is the most common European trilobite, the Ellipsocephalus hoffi. These specimens are largely found in overlapping heaps in mass mortality layers. They are prolific in the Barrandian formations in the Czech Republic.

Phacopida also includes some of the more commonly-found specimens. The Flexicalymene meeki is found in Ohio formations, often in an enrolled state, making it an essential part of serious trilobite collections.

Another favorite with collectors is Phacops rana, found in the mass mortality plates of the Devonian rock formations in upstate New York. These inch-long, black-shelled specimens feature detailed, compound eyes.

For collectors who scout the internet, one Phacopida species to be careful of is the Diacalymene ouzregui, from southeastern Morocco. These specimens are sometimes referred to as Ordovician “mudbugs.” Large specimens, up to 10 cm (about 4 inches), may feature positive or negative halves but have become a bit of a pariah among collectors, as they are often composites formed from unassociated, disjointed pieces.

Corynexochida trilobites are known for their spiny exoskeletal shells. Probably the most common species in this order is the elegant Changaspis elongata, which began to appear in Chinese formations in the early 21st century. At just 1-2 cm, these specimens are already becoming increasingly difficult to find.

Also found in both North American and European formations is the Olenoides superbus. These specimens can be up to 12 cm (near 5 inches) or more and feature uniform spiny segments. The species is well known and coveted among collectors.

The defining feature of the order Asaphida is a ventral median suture between the central and side lobes. This large order comprises about 20% of trilobite species.

One of the more common specimens in the Asaphida order is the Asaphus expansus. These 5-8 cm (2-3 inch) caramel-colored fossils are found most commonly in the Ordovician fossil beds around St. Petersburg in Russia. Online buyers should watch out for extensive restoration.

This order features some of the most primitive trilobite species, among the first to appear in trilobite records.

One of the most common and largest Redlichiida is Acadoparadoxides levisettii. Specimens can be up to 30 cm (12 inches) or more in length and appear in substantial numbers in Moroccan sediments. However, some online specimens may be complete fabrications, so choose a reliable source.

The order Proetida contains some of the last surviving trilobite species before total extinction. They often have large, convex eyes and genal spines. They may also have blunt to long thoracic spines.

Probably the most common Proetida is the Moroccan Proteus granulosus, a common offering at many fossil shows. These small, oval specimens are extremely common and easy to acquire for collections.

The last four orders include rarer specimens. At least, their various suborders and species are too rare to be among the top ten most commonly found. Agnostida is considered one of the earliest orders in the fossil record, with a clam-shell appearance. They are generally only a few mm long, with no eyes and only two or three thoracic segments.

Ptychagnostus akanthodes is one of the most recognized species in this order and is an excellent representation of what you could expect to find. These ancient trilobites can be found in the Marjum Formation deposits of Millard County, . It is believed that this early species swam about like plankton in the early oceans.

Odontopleurida is a very spiny order of trilobite. Generally equipped with multiple pairs of spines, the order typically had very small holochroal eyes and 8-12 segments.

One of the better-known trilobites of the Odontopleurida order is the Selenopeltis buchii, which has been found in European and Moroccan formations. The added interest of the deep texture of the shell and complex spines makes these fossils highly collectible.

The Selenopeltis and Lichida orders sometimes seem to overlap. Lichida trilobites are even more highly sculptured and ornate than Selenopeltis specimens. They generally feature 8-13 spine-tipped segments with unique textures and spiny attachments. Some species can be medium to large in size.

One highly decorated species of Lichida is Arctinurus boltoni. This trilobite could be up to 30 cm (almost a foot) in length, although around 4 inches is more common. The fossil seems to have an ornate ‘fringe’ that makes it appear as wide as it is long. The first specimens were discovered during the digging of the Erie Canal as it cut through the soft Silurian shales and mudstones found in upstate New York. Several other New York sites have since been uncovered, and examples of this ornate species have become a common museum exhibit.

Trinucleida is known for its wide, fenestrated fringe and especially for its long, narrow genal spines. This is a new order, separated from Asaphida and just recognized in 2019. Some specimens are quite complex and unique.

One of the best examples of this order is Cryptolithus, which has been found in sites in both Europe and North America. The head region, or cephalon, is comparatively large with a distinctive pattern of pitting and no eyes. They are considered very beautiful, but they’re rarely found as complete specimens. One exceptional site is the Martinsburg Formation in the Swatara Gap in Pennsylvania. Here the trilobites are found coated in a fine, rust-colored powder called limonite. Buy on Amazon
We earn a commission if you click this link and make a purchase at no additional cost to you.

With so many trilobite species to identify and categorize, it’s not surprising that new orders continue to evolve. Along with the above-listed orders, two additional orders, Harpida, which has a broad, flat cephalic fringe, and the still-controversial “soft-shelled Nektaspida. Avid trilobite collectors will want to keep an eye on new developments in order to ensure collected specimens are labeled correctly. 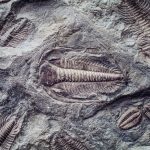