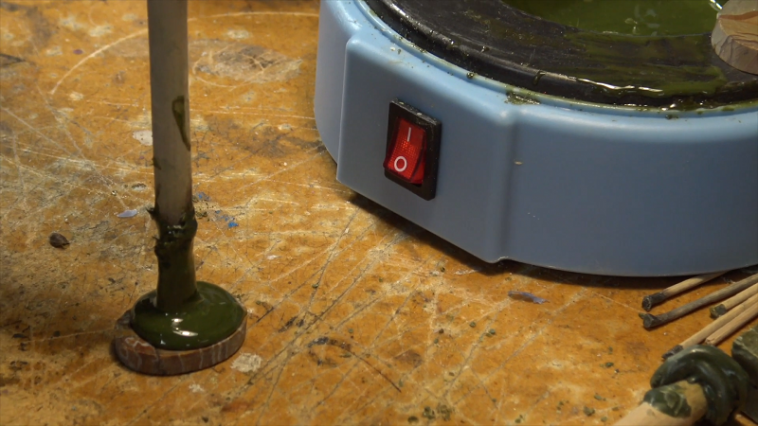 Dopping cabochons and other stone preforms are easy with the right tools. You just heat up your stone on the rim, grab a stick, and connect it all together with wax. However, it’s not the only way to hold a preform for cutting, and many lapidaries forgo it altogether.

So, if you’re having trouble getting dop wax (or just don’t want to deal with the dop pot), you’re in luck. Let’s take a look at what you can use as a dop wax substitute.

Superglue, specifically the cyanoacrylate kind, is a time-honored replacement for normal dopping wax. While most old-timers use the head of a nail to affix their stones, you can use the usual dowels too.

Superglue should be allowed to dry entirely before you take the preform to the wheels. This is usually a quick process, taking just a few minutes. I’ve always found it faster than using dop wax, where 20-30 minutes of allowing the stone to warm are ideal.

The key is that both surfaces should be clean and relatively smooth. Roughing things up doesn’t help superglue much, especially when it comes to holding stones. If you use a nail then quickly cleaning up the head with 600-800 grit sandpaper is a good idea.

For most people, the problems with superglue come from removal.

There are two approaches you can use:

Superglue’s main downsides come from removal. The truth is that I’ve seen super glue used just as much as dopping wax by professionals, you’re not losing any hold quality here.

Super glue is, perhaps, the best alternative for expediency. It’s quite handy to be able to just pop down to the store and grab some if you need it, and cyanoacrylate super glues are available almost everywhere.

5-minute epoxy is another method often used by professionals. In this case, you’ll want to add some sort of filler to make releasing the stone from the dopping stick easier.

The brand of 5-minute epoxy doesn’t matter much, as long as you’re familiar with it. They usually come in two-part systems, where you add the hardener to the mixture to begin the curing process.

You’ll then heat the dopping stick or stone to remove it.

The key here is to pick a filler that works for you and the conditions in your workshop. The filler can help with both removals and to keep the epoxy from running all over the place.

One of the most common additives is cornstarch. You add it in liberal amounts to create a thicker epoxy before setting. The epoxy then breaks down easier under heat as well, or at least easier than just using epoxy.

Some fillers people use include:

Everyone seems to favor different fillers, but you can see the result of one person’s experimentation right here.

Pitches are variable, but they can work for some lapidary use. They’re not something most people will have lying around the house, but if you do any silver or copper lock you’re missing out without a pitch bowl.

Pitch works a lot like wax: you heat it up and apply it to the stick and the stone. It’s quite a bit stickier, in my experience, but it tends to have a little bit more give.

That’s problematic in some cases, particularly with smaller stones. Pitch isn’t a great idea for faceters. That said, it works great for larger cabochons in the 20mm+ range.

Applying pitch is easy enough with a hair drier. Once it’s been applied to a dop stick you can just go over it quickly with a torch or lighter and then stick it to the stone to get your hold.

Pitches tend to run at lower temperatures than standard dopping wax, so watch the heat on the stone.

Removing the stone from the dop is as easy as heating the dopping stick and popping it off. Pitch is very sticky and you’ll most likely end up with some on the back of your stone. You can either scrape it off with a razor blade once it’s cooled, at which point it will kind of “pop” off or you can clean it with a solvent.

For pitch removal, I often use a paint removing compound, but high concentration alcohol will work as well.

Dopping wax often contains shellac and a few other agents in most cases, producing the familiar green stuff most of us have worked with. Shellac is mainly used on its own for faceting stones, where the extra hold is required.

Shellac is harder than wax and adheres better. It also requires a higher temperature to melt, which can be a problem in some cases.

Shellac is, honestly, a pain to work with and you’re not likely to have it on hand if you don’t have dopping wax already. Fortunately, it’s easy to break the stone off the dopping stick simply by using alcohol to break the bond.

The incredible hold shellac gives is nice, especially if you’re working with small faceted stones, and it has other uses in the workshop. It’s one of the better alternatives, but it’s not going to be field-expedient for most people.

Still, it’s always nice to have a few sticks of it in reserve if you set your own stones or facet extensively. Consider picking some up the next time you make a supply order, you won’t regret it. 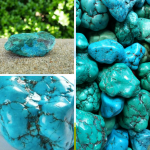 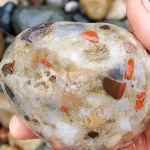