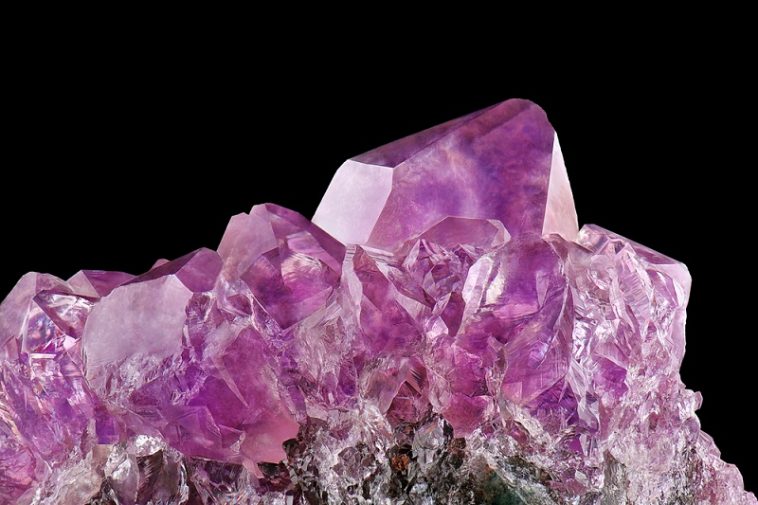 Amethyst, the deep purple quartz variety, is among the most collected stones in the world. It’s found its way into high-end jewelry and bargain boxes for the kids at local fairs. There’s a lot to learn about this neat quartz variety!

So, let’s put on our mining hats and dig into some of the most interesting facts about amethyst!

Read more: Amethyst: Ultimate Guide To Collecting Amethyst (What It Is and How To Find It!)

1. Amethyst Was Thought to Prevent Drunkenness

While the metaphysical properties of most gemstones are modern innovations, amethyst’s main purported magical quality is truly ancient. The Greeks thought that amethyst was a handy remedy for drunkenness.

Wine glasses were carved from the material and some old magician’s manuals describe placing it in a drink to ward off drunkenness. It’s also acknowledged by Pliny the Elder to be a myth, just proving that the more humans change… the more they remain the same.

This might sound like a minor historical footnote, but it’s actually a bit more than that. The stone is named after this property. Amethyst can be translated as “not drunk.” The roots a- (meaning not) and methystos (drunk or intoxicated) make that the literal translation of the words.

Now the myths about amethyst’s origins are from a later period, there are only a couple of small references to it in the classical Greek mythological texts.

In general, the myths have Bacchus or Dionysus chasing a reluctant maiden named Amethystos before she is turned into crystal by Artemis to escape his affections. Then, with either tears or wine, the stone is turned purple by the God of Wine. This myth emerged in France during the mid-1500s and wasn’t a part of the classical Greek canon.

2. Amethyst is Colored by Iron

The coloration in amethyst emerges from iron compounds contained within the matrix of the quartz crystals that make up the stone.

The way this works is complicated, but in essence, the iron gets substituted for silicon in the crystalline lattice of the quartz. The iron is then irradiated by something in the surrounding environment, changing the iron in the crystal from Fe3+ to Fe4+ by slamming electrons around.

Iron is a common coloring agent in stones, but it’s usually indicated by red or black coloring. In this case, the ion created during the formation catches the light just right to look purple.

Colorless quartz crystals will sometimes become amethyst-colored after being irradiated as well. The process is mostly applicable to deepening the color of amethyst these days, due to the next fact.

While it might seem strange to the current market, amethyst was classically considered the equal of gems like ruby, sapphire, and emerald. Deposits of even mid-quality amethyst are hard to find in most places, just ask anyone who’s ever gone digging for them.

The stones thus found their way into royal trappings like crowns, in addition to being set in gold for fine jewelry.

In Europe, the majority of high-quality amethyst came from Siberia. A faraway land in the days before modern travel. Small deposits are often found, but deep-colored amethyst is still a rarity.

Then the massive deposits underneath Brazil were discovered, dropping the bottom out of the high-end market for amethyst. Huge chunks of it are available these days, particularly if you’re a collector of crystals instead of cut gemstones.

That doesn’t make cut amethyst cheap, however. While low-quality cut stones are worth only a few dollars each, high-end amethyst is still quite expensive. It does, however, lack the upping in price per carat you see with precious stones like sapphire.

Instead, the value of amethyst in the modern market is based largely on color, origin, and cut. Deeper colored amethyst is more desirable, with the light purple varieties seen in costume jewelry being worth pennies per carat while a smaller, darker stone can be worth hundreds of times that amount.

Particularly massive amethyst still commands a premium. After all, the vast majority of the stone isn’t suitable for faceting so finding a particularly large chunk isn’t an everyday occurrence. You still don’t see the sharp price increase as stones get bigger that’s seen in most precious, and even semi-precious, gemstones.

That said, there are literal tons of the stuff being pulled from the Earth daily. Miners will want to make the best use of the material they find, whether it means cutting and selling geodes, faceting high-grade crystals, or cutting large, interesting formations en cabochon.

It’s important to remember that amethyst originally held value alongside the most precious of stones when exploring old jewelry, however. These were centerpieces of incredible value, not cheap substitutions. It’s only in recent history that amethyst has become something considered affordable.

4. Most Citrine Was Amethyst

Amethyst’s formation temperature is what settles the iron in a way that reflects purple. Citrine has an identical makeup, including the substitution of iron for silicon in the crystal’s formation, but is much rarer in nature.

There’s technically a small spot in the temperature range where the crystal will go colorless before turning into prasiolite, but both of those stages are tiny.

What this means is that citrine is comparatively rare in nature, amethyst can be formed with temperatures as low as 140°F (60°C) and things rarely get hotter than 800°F in the crust. Naturally formed citrine is… pretty rare.

But if you look at costume jewelry and handmade jewelry from art jewelers, you’ll notice citrine is everywhere and it’s not very expensive.

If you have some citrine around, you may wonder if yours is natural or not. I hate to be the bearer of bad news, but 95%+ of the citrine market started its life as amethyst before being heated. At this point, it’s considered industry-standard, especially with faceted gems, much like irradiated topaz (99%+ of the “blue” topaz market).

Oddly enough, most ametrine is actually natural. The crystals are formed when there are distinct heat zones within the same formation.

It’s hard to get the proper color zoning inside a lab’s kiln, where you’d have to heat just a portion of the stone. If it’s not naturally colored in that fashion, it’s more likely to be a synthetically grown ametrine than someone getting creative with a kiln.

While many of us think of quartz crystals as being extremely tough, amethyst has a reputation for fragility. Even the color in this purple-hued gemstone isn’t 100% fixed and can be destroyed by simple negligence.

Amethyst has a fun surprise waiting for the amateur jeweler: it likes to crack more than any other variety of quartz. Faceted amethyst is notorious for breaking as the prongs come down in a setting.

I’ve heard it described as “breaks like an emerald for 1/100th of the price.”

That’s not to say it can’t be done, or even that the majority will break when setting. I have yet to break one myself, but I’ve seen plenty of beautiful stones chipped or even cracked all the way through during overzealous setting attempts.

This doesn’t apply to cabochons, thankfully, which are just as tough as you’d expect them to be. Quartz tends to be brittle in small sections, prone to chipping and otherwise

In addition to fracturing easily, the color in amethyst isn’t very well “fixed.” UV light will destroy the color over time, and leaving an amethyst cluster in the sun for a few months is a great way to end up with a colorless quartz cluster.

So keep it out of the sun, and keep a light touch if you make your own jewelry. That’s no excuse not to enjoy this amazing stone, however, as there’s just no other way to add such a rich, purple hue to your work! 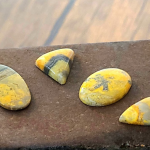 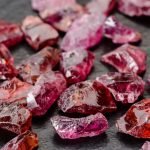