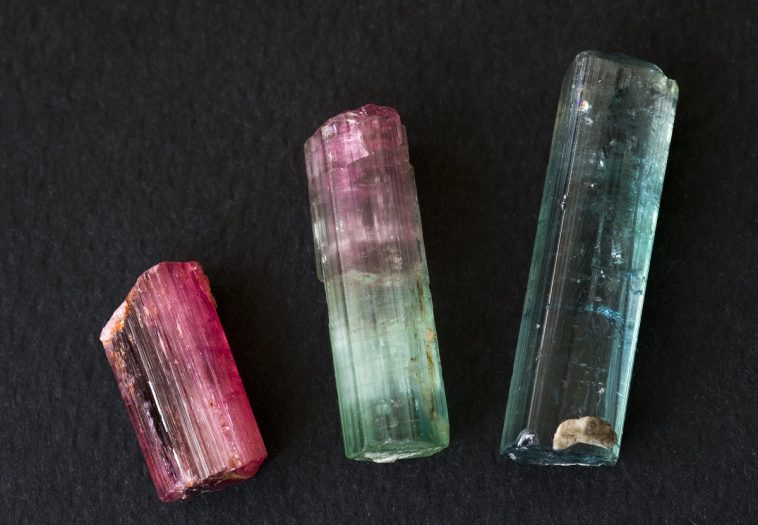 What Is So Special About Tourmaline?

Tourmaline is a well-known gemstone and is immensely popular among collectors. It is the most colorful mineral known, occurring in almost every color of the rainbow. Individual stones are frequently colorful and breathtaking in their beauty.

Below are 15 more interesting facts about this amazing mineral.

1. Other than holding every hue in the color spectrum, the other distinguishing feature about Tourmaline is its three-sided prisms. No other mineral has three sides.

2. Cat Eye Tourmaline is named after the unique way it reflects light that resembles how a cat’s eyes do and hence the name. Gemologists refer to this effect as “chatoyancy,” a term derived from the French phrase ‘oeil de chat’ meaning eyes of the cat.

3. Black Tourmaline, also known as Schorl, has the highest positive energy and is the most pyroelectric form of Tourmaline. Pyroelectricity is defined as the ability of select materials to generate a transient voltage or current when they are heated or cooled.

4. As its name suggests, Watermelon Tourmaline displays two colors; an outer green layer and a pinkish inner core like the fruit it is named after. One thing is for sure, the people who named these different variants of Tourmaline weren’t that creative.

5. Up until the 1800s, the Tourmaline was not recognized as its own stone. Instead, it was categorized with other stones such as emeralds and topaz. The Spaniard who first found it off the shores of Italy mistakenly thought it was an emerald.

6. Tourmaline was first discovered in Maine in 1820, the year that Maine also got its statehood as the 23rd state in the United States of America.

7. Tourmaline, also known as the rainbow gemstone, has a legend that states that it passed through the rainbow on its way to earth, and that’s what gives it all its colors.

8. Tourmaline’s quality and value are derived from its carat count.

9. Tourmaline is formed of a host of rock granite or schist with Tourmaline pegmatites. These are voids that fill up with hot mineral-rich liquids that cool down and crystalize to form Tourmaline.

10. Color zoning in precious stones is usually frowned upon, but when it comes to Tourmaline, bicolor crystals or zoned crystals are a novelty and desired by jewelry makers and collectors.

11. Tourmaline gemstones occur in more shades of hue than any other gemstone.

12. Schorl or Black Tourmaline makes up about 90% of all Tourmaline. 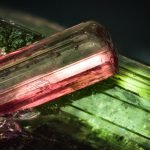 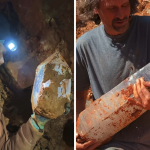