There are many gray minerals, and even gemstones, out there for those looking for a different shade of things. They range from blue-gray to almost clear depending on the variety and individual piece, but they’re all special in their own way.

So let’s take a look at some of my favorite gray minerals and gemstones, and then we’ll talk a bit about them!

Moonstone, a sodium potassium aluminum silicate feldspar, is a classic gemstone. It displays a gray-white background with an optical effect, called schiller, that’s similar to chatoyancy. The difference is that it causes the appearance of an internal glow, rather than a bright streak across the surface of the stone like in Tiger’s Eye.

Moonstone is used extensively in jewelry and good samples can fetch high prices. Like other optical-effect feldspars, it requires a bit of expertise to properly cut for effect. Cut properly it’s among the most beautiful stones out there, especially for those lacking color. For once the name rings true when you take a look at the stone.

Just don’t go looking for it at Moonstone Beach in California. The rounded white chalcedony pebbles in the surf there acquired the nickname of moonstone a long time ago but aren’t any sort of feldspar. Instead, look to areas in South Carolina and New Mexico, both states have known deposits of true moonstone.

Related: How To Clean and Polish Raw Moonstone (Step-By-Step)

Cassiterite is a tin oxide mineral, showing shiny, dark-gray surfaces. It’s generally used for its tin content, for which it remains the primary ore. It still makes for striking mineral samples and has a wide range of locations where it can be found. In its purest form cassiterite has high transparency and shows as a dark gray or white.

These high-end samples are sometimes cut into gemstones. Cassiterite is actually one of the rare gemstones that show a high enough hardness to be worn regularly. It sits at somewhere around 6.5 on the Moh’s scale, making it a touch soft for wearing as a ring but great for pendants and earrings. Some samples have a deep orange tinge from impurities as well.

In the “wild” cassiterite occurs in many different forms. Dark-gray crystals can be found, but so can transparent and complex crystal formations, and even botryoidal forms depending on how the mineral was deposited and grew. You can find it in most of the United States, especially in the coastal states, but there doesn’t appear to be much of it in Middle America.

Cerussite is actually lead carbonate and forms into a complex lattice of reticulated crystals. These are prized as mineral specimens, showing a bright silver color despite their plumbian origins. It can also be found as colorless tabular crystals, sometimes with inclusions of other minerals giving them color.

Cerussite is soft, brittle, and generally not the most durable mineral to ever be found. It was previously used as the main pigment in white paints before we decided that dousing our homes in lead probably wasn’t a good idea. It’s also cut as a specialty gemstone, specifically for collectors and to show the skill of the cutter. It’s so sensitive to shock and heat that there are often problems shipping it. That simple fact makes the 890-carat Light of the Desert, a huge crystal found in Namibia and cut in Arizona, even more impressive.

While cerussite is beautiful you should take care when handling it. While the carbonate form is mostly stable, any dust or other bits that get transferred to your hands can be absorbed through your mouth, eyes, ear, or nose. Care must be taken if you choose to work it as well, the minute particles in the air are horribly toxic. Still, a sample doesn’t go amiss and you’ll be fine if you wear gloves during handling.

Lead sulfate is known as anglesite. This stone is colorless but often streaked with cracks that give it a gray appearance. Samples increase in transparency as they become purer, but there are also a few mildly colored varieties around. These come from inclusions, while the anglesite itself remains a grayish, clear color. It generally bears yellow streaks, even when formed into crystals.

Like other lead minerals, anglesite is rather brittle and soft. In this case, it sits around a 3 on the Moh’s scale, which is about as hard as gold. It actually has over 200 different crystalline habits, but these are almost impossible to discern for the layman. Proper measurement of the angles is required to determine the crystal system. Like cassiterite, it’s sometimes cut to show the skill of a gem cutter. Often these gems are bright yellow, made from the colored streaks in the larger crystals.

Anglesite should be handled with care, like any other lead-based mineral. It’s most often seen as single crystals in other areas with lead-bearing ore but it’s found in massive formations in a few places. Where found in this form it’s used as an ore of lead on its own but it’s primarily a curiosity these days.

Dolomite is an anhydrous carbonate mineral, meaning that there’s no water trapped in its structure. It’s comprised of calcium magnesium carbonate, a close relative of the more well-known calcite. It occurs in a wide variety of transparent crystal formations, often gray in color. It’s also been cut as a gemstone on rare occasions.

Dolomite is mainly known as a mineral sample, but it’s frequently spread throughout larger stones. This stone, usually called dolostone, is used as a source of magnesium carbonate or even to produce metallic magnesium. The crystalline form can also be pink or green depending on impurities trapped in the crystal during formation.

Dolomite gemstones have a gray appearance and are really more of a collectible item than a practical stone to include in jewelry. The crystals have many different forms and are often intertwined with other minerals, forming great mineral samples that are popular with collectors as well. Dolomite is fairly common, and there’s a lot of it in the New England area.

Sillimanite is a gray crystal that’s part of the aluminosilicate family. It’s found in many places, but some samples are much better than others. One of the most common forms it shows up as is tight “bundles” of fibers but small prismatic crystals are also known. In some cases, it has a tinge of color, but in others, it remains a dull medium-gray despite the ordered molecular structure within. It’s sometimes referred to as fibrolite.

Formerly this mineral was often used to create refractory bricks. It’s become less popular for this use over time and takes up a very small share of the market today. Instead, it’s been replaced by other aluminosilicate minerals like massive kyanite. For collectors, the true prize is one of the rare prismatic crystals from Burma or Sri Lanka. The crystalline material is also found in Kenya but tends to be smaller.

This vanishingly rare form of sillimanite is the one occasionally cut into gemstones. These are generally small and have a dark gray color while remaining translucent, a bit of an oddity in the world of gemstones. Other crystals bear green or pink colors from their inclusions. While not the most common mineral, sillimanite is one of the few that displays a true gray color even when in crystalline form.

Marcasite is Iron(II) sulfide. While it has the same base components as iron pyrite it has very different properties in this crystal arrangement. Among those is that it’s a shiny gray color, rather than the brassy gold associated with iron pyrite. Marcasite actually shows a gold surface initially but it quickly weathers to the gray-black that it’s known for.

Marcasite is a bit of an oddity. Unlike iron pyrite, it’s not a very tough material. Mineral samples are prone to breaking due to the brittleness of the crystals. They’re just not very stable overall. Samples should be kept in an area with very low humidity to prevent them from decaying over time. You can also find samples of it included in chalcedony, it causes the “plume” in some of the various plume agates available.

It appears that marcasite forms in a more acidic environment than iron pyrite but it occurs in the same way. Like most sulfide minerals, marcasite is the result of previous hydrothermal activity in an area, and it can occur as both a primary or secondary formation depending on the region. It’s a great mineral, just make sure you store it away from moisture to ensure it’s a sample that remains in one piece for a long time to come!

Labradorite is another form of optical-effect feldspar and one that’s gained a lot of fame in recent years. Labradorite is generally a mottled gray and black, usually with obvious markings between the smaller crystals that make up the mass. The key to its popularity is in the way light hits the surface. When cut properly, the labradorite displays an explosion of blue, gold, and even purple light across its face. Clear labradorite is often called “Rainbow Moonstone” but it’s a different variety of feldspar than that found in classical moonstone.

Related: Ultimate Guide To Labradorite (What it Is and Where To Find It)

Labradorescence is the name of the effect, named for the stone itself. Originally found in Canada it’s also occurred in a few other northern regions. Finland, in particular, has produced some incredible specimens of labradorite. These are generally black in color and have a wider range of colors than the labradorite found elsewhere. This is true spectrolite, although the name is often used for any higher-than-normal grade of labradorite with an ever-increasing range of quality.

Labradorite is fairly plentiful in the regions where it comes from, which has kept the price much lower than most other stones with colorful effects like precious opal. It occurs as a massive form of feldspar, and the skill of the cutter is a big part of making an individual piece look great. Fortunately for collectors, it’s readily found in everything from small, high-grade cabochons to polished display stones larger than your hand. While known for color, the background of the labradorite remains gray, so it makes the list. 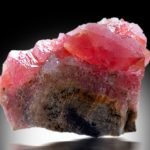 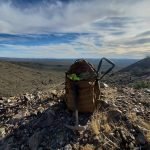