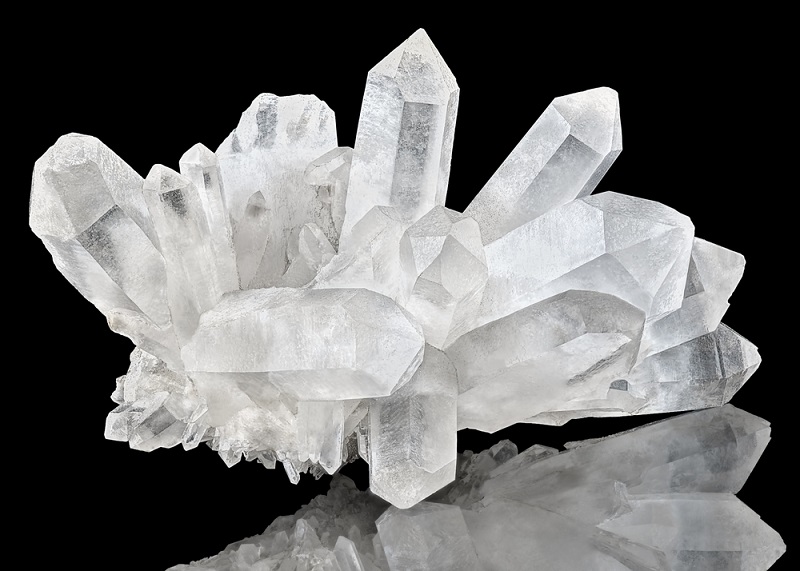 What Is Quartz Worth and What Is Its Value?

According to geology.com, “Quartz is a chemical compound consisting of one part silicon and two parts oxygen. It is silicon dioxide (SiO2). It is the most abundant mineral found at Earth’s surface, and its unique properties make it one of the most useful natural substances.”

Quartz crystals have many uses. It is durable and inert to most substances. Along with that, the crystal is perfect to be used in electronic devices. Its inherent beauty also makes the crystal useful for jewelry makers, the making of glass, and collecting for esthetic purposes.

Does Quartz Crystal Have Any Value?

However, does this common crystal have any value? Or, more put, does the crystal have a high-value price point? Well, that depends on an assortment of variables.

Your collection of quartz crystals could be more valuable than you think. On the other hand, your collection may not be worth much at all. The price of anything can be relative to who is willing to purchase the quartz.

However, there are some aspects of quartz crystals that most collectors look for.

Things That Determine Value of Quartz

The color of the crystal, in some instances, may not be relevant. This is particularly true when the crystal is being used for technological reasons. However, in most instances, color is what grabs a collector’s eyes.

Often more esthetically pleasing quartz crystals have a higher value than other plain crystals. However, there are places where just a plain, non-cloudy quartz crystal will have much more value. So location is an important factor.

The color of your crystal is based on the environment that the crystal was made in. For example, some colors of quartz may only be found under certain conditions.

Cloudy or “milky” crystals that don’t allow light to shine through often are considered less valuable. Compare a cloudy crystal to a clear one. The clearer crystal will have a better shine and prettier luster.

A table size cluster of crystals will obviously cost more than a palm-sized quartz crystal. Moreover, since quartz crystals are so common, their value is often judged by how many come in a collection. This is in comparison to each crystal being valued high at individual worth.

However, say a scarce mineral, unlike quartz, is small. That small mineral value will be higher than even a huge cluster of common minerals. So size does matter, but it is often relative to crystals of the same type.

Flaws can come about from mishandling or naturally. Cracks and fractures are the most common type of flaws. A person that knows how to appraise your crystals will quickly see some flaws as natural and others the outcome of poor upkeep, usually during transport.

The fewer flaws in the crystal will lead to a higher value, particularly if the quartz crystal is used as a gemstone.

As mentioned before, quartz crystals are common, but not all found are the same. There has been documentation of quartz crystals having very unique traits, like fluid trapped in the crystal or a particularly complex shape.

A crystal with a uniqueness that makes it stand out from all other common minerals will increase its value tenfold. There has been cases where a handful of quartz crystals has cost thousands for their uniqueness.

Is it just a piece of leaverite?

The term leaverite comes from the saying, “leave it right there.” Some crystals look worth the trouble of picking, cleaning, and then adding to a collection. However, not all are worth the effort. During an appraisal, sometimes even large collections can be valued based solely on a few generally valuable pieces.

Can You Increase The Value of Your Quartz Crystals?

Generally speaking, nature handles the structure and color of your quartz crystal. However, if you have dug up the crystal, its value could be increased through cleaning off the dirt or trimming the crystal for a cleaner look.

Being a seasoned veteran in choosing the right crystals doesn’t increase the value of what you pick, but it can save you a lot of time picking crystals that are worth little. In the end, the value of your quartz crystals is based partly on supply and demand. However, dealer preference is also a major factor.

Where Can You Sell Your Quartz?

Dealers can sell their own collection or resell what they collect. They get their supply from mining or simply reselling the minerals they personally find from others, like you. The dealers can be found in a local crystal selling shop or at event shows.

You can also, if you have long term plans in mind, get your collection or single quartz crystal appraised. An insurance company will trust a credible appraisal. Therefore, if a natural disaster hits your collection, your crystals will be covered by your insurance policy. This precautionary appraisal will allow you to pass your collection to your family if you die, which could lead to them getting a payout down the road.

One of the easiest ways to get your collection of quartz crystals in front of a lot of potential buyers is to sell it online.

There are many different online platforms you can use to sell it, such as Craigslist, Ebay and even on Rockhound Facebook groups.

Once you find a place online where rock collectors tend to gather, it’s only a matter of putting your quartz collection out there.