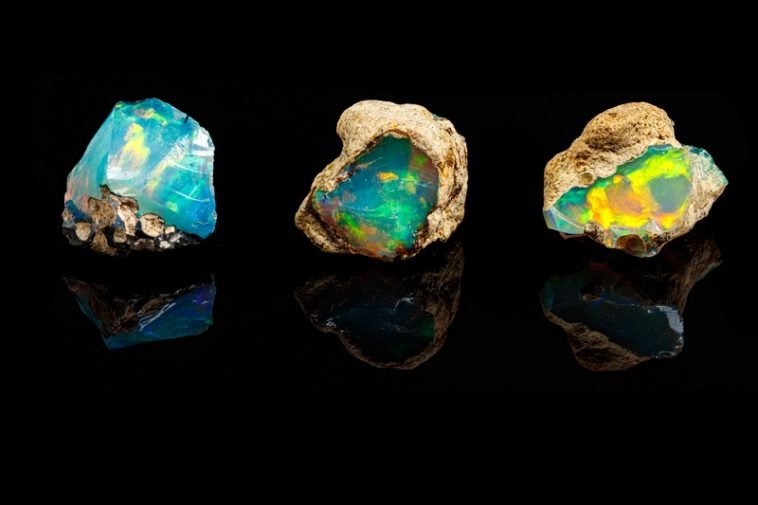 How To Tell If an Opal Is Real or Fake

Opals are seriously expensive, which means there’s an active market of counterfeits just waiting for the unwary. There are few things more frustrating than losing good money on a fake stone, so it’s important to learn to tell the difference if you’re going to be buying them.

Let’s hop in, and I’ll give you some great tips to determine if your opal is real or a counterfeit.

A lot of material out there actually consists of doublets or triplets. These are still real opal in most cases, but they’re not worth the same as a solid piece of the same material. One of my first purchases ended up being a bunch of doublets passed off as solid opal, which was a huge disappointment.

A doublet is a backed piece of thin opal. This allows thin, colorful sections of material to be used where otherwise they may have gone to waste. The backing ranges from obsidian or black glass to just dark plastic.

Doublets are usually slightly domed, depending on how thick the top layer is, to allow them to be set as cabochons. Some will be flat, especially if the layer is particularly thin.

Triplets take this concept a step further. An opaque backing is used to bring out the color play in the stone, with a thin layer of opal on top. These layers are usually thinner than those found in doublets. The topping material is something clear.

In a classic, high-end triplet you’ll have a layer of quartz over the top. A lot of the modern ones use resin or plastic which is acceptable but has a limited lifespan.

Most doublets and triplets will be labeled as such. Some sellers will hide the fact further down in the description, but you should be carefully examining everything when you’re buying opals.

Both triplets and doublets can be detected by looking at the side of the stone. If it has layers then it’s not a solid opal.

If the stone is set then things are a little bit more difficult.

Doublets tend to be quite flat, which is a good tell for a set stone. Triplets are actually a bit easier to distinguish since the clear layer on top will still be visible from the side.

Triplets and doublets aren’t fake, they’re just not solid opal. You’ll still want to examine the pattern a bit to ensure it’s real opal, but the main cost-cutting measures with these layered stones are in using cheap materials for backing or topping the stone.

Any opal sold without a locality attached to it is automatically suspect. The majority of these stones are trying to be passed off as Australian opal, which is a hard, expensive, flashy opal variety. Indeed, it’s the variety most people associate with opal.

Precious opal emerges from many places in the world and locality is a big thing. Those that come from obscure fields in the US or Canada, for instance, are going to have that fact proudly thrown all over the advertising and product description.

Real opals are sometimes listed with no locality. For instance, I’ve seen a lot of low-grade, crystal clear, Welo opals sold just as “opals.” These stones were very cheap, and not the best example of the material.

The pattern of an opal’s fire can tell you a lot.

Opals are comprised of amorphous silica in a sphere arrangement. When light hits these spheres right the color play and internal fire of the opal comes to life, which is the main draw of these beautiful stones.

The best stones, like Harlequin Opal from Lightning Ridge in Australia, have bold patterns that are filled in. These stones often appear to have solid colors that appear across the surface.

And these are the ones that are generally targeted when someone produces a fake or synthetic opal. That makes any super flashy opal immediately suspect.

The following are all “tells” that the opal may be a synthetic:

The above three guidelines will help you make sure that what you’ve got is a real opal. The columnar structure in particular is a bright, shining beacon of “this was made in a lab.”

Learning opal patterns takes time. Opal in hand, I can tell synthetic patterns immediately most of the time, but I’ve also bought, handled, and set dozens of them in different sizes, shapes, and color configurations.

If a pattern seems consistent across a lot, however, there’s probably something sketchy going on. Really good synthetic opals can pass a casual inspection, but I often see them sold in lots where it’s obvious that all of the stones have the same sort of color play pattern. That’s a dead giveaway, especially if the stones aren’t being marketed specifically as a set.

Welo opal is very, very rarely black opal. Almost all of the black opal that you find which is labeled as Welo or Ethiopian is actually smoked opal.

I’ll admit, I’m a big fan of smoked opals. The treatment is permanent, it greatly improves the look of the stone, and it helps to bring out the fire on the inside. Often it’s done with gems that have high clarity and a lot of color play just to make the colors pop more without seeing through the gemstone.

This isn’t a high-tech treatment. The opals are wrapped in paper and heated to a high temperature. The paper smolders, pushing soot into the pores of the stone and eventually rendering the background color a deep black or grey.

That said, this smoked treatment should always be disclosed.

If a vendor isn’t disclosing it, they’re not reputable. Find someone else.

One common test I’ve seen people perform is using a short-wave UVB light on the opal. The idea is that real ones will glow and synthetics won’t.

Unfortunately, it’s a little bit more complicated than that. The essential is this: most natural opals will glow under a UVB light, and synthetics will never glow. The problem is that some natural opals also don’t glow.

It’s a decent way to help confirm your suspicions, but I don’t recommend it as a primary test.

What About Hardness Testing?

I’m not a big fan of any kind of destructive test for precious stones, especially those that are already cut. Opal presents another problem in its wide variety of hardness levels. Most information puts them at a 5-6, which is true of the majority.

On the other hand, I’ve also seen known opal test at just a bit harder than 4.0.

I don’t think it’s worth scratching the stone to “make sure” it’s opal when there are other methods available. If you suspect an opal of being plastic or resin I suggest touching it somewhere you won’t see with a needle that’s had its tip heated to be red hot. Aim for cherry red, and let it cool a second if you accidentally heat it until it’s orange.

This will go straight into plastic or resin, but won’t affect opal. Use a needle instead of a nail if you perform this test, you want to transfer as little heat as possible to the stone in case it is real. Opals don’t like sudden temperature changes, so minimize the risk of damaging the stone.

Putting It All Together

I know that’s a lot of information to take in, and we haven’t even discussed any significant gemological assays either.

In 90% of cases, the following will get you to a reasonable conclusion:

From there, you should have a good idea of whether or not your stone is real. I recommend speaking with a jeweler or gemologist if you’re uncertain, or if you have a particularly large and expensive stone.

But the above checklist should give you a good idea of how to tell if an opal is real! 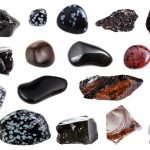 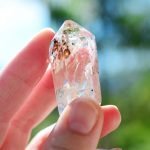