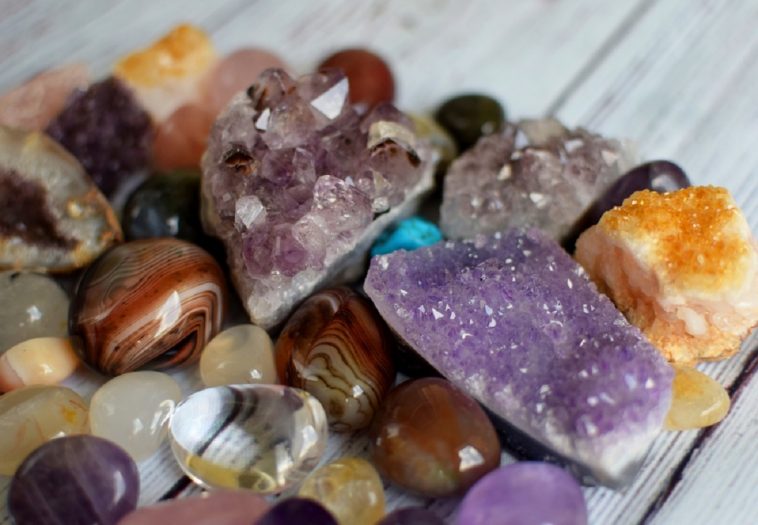 We’re all rockhounds here, but our levels of knowledge vary a lot. There’s always more to learn in the fascinating world of rocks and minerals, whether you’re a beginner or a PhD in geology. Some of the basic facts about our favorite bits of earth are astounding.

So, let’s take a look at some of the most interesting facts about rocks and minerals, and you might just learn something new!

Facts About Rocks and Minerals

1. All Rocks Grow in a Cycle

All rocks begin their lifespan as igneous stones, created from magma pulled from under the Earth’s crust. Igneous stones are some of the most fascinating and sought-after, including such favorites as granite and basalt. They’re also often the source of some of the amazing gemstones that the planet produces.

These igneous rocks wear down over time. Normal weathering occurs even without human intervention, just from the action of oxygen, water, and mechanical action over time. The particles separated from the main rock aren’t just removed, however.

Instead, they become sand and soil. Over time, these are covered by more and more of the broken-down igneous rock, becoming buried under immense amounts of weathered stone. This loose deposit is referred to as sediment.

Sedimentary stones come from substantial amounts of sediment stacking on top of itself. The build up of pressure and heat forces the particles together, creating sedimentary rocks like limestone and sandstone.

Given a few million more years, sedimentary stones are covered in more and more sediment and stone until the heat and pressure force another transformation. This causes the formation of stones like marble and slate. If this rock isn’t forced to the surface through geological activity, then eventually it will become magma as the heat increases until the various minerals that make it up are changed into a liquid form.

Only for it to emerge again through volcanic activity, creating igneous rock anew.

This is a somewhat simplified explanation, of course. Igneous stones may become metamorphic stones directly in some circumstances, for instance. Metamorphic rocks brought back to the surface will also weather, and can eventually become sedimentary stones as well. And, of course, human intervention also plays a role as those stones extracted for use in chemical processes may never become a natural mineral again.

The time scale is in millions of years, which makes this natural cycle hard to observe for humans. The geological timescale simply defies our understanding, but it’s proof that even the solids in our daily life are in flux.

That said, it’s a fascinating system to examine and shows how just a few elements can create such a diverse array of rock over time.

While a lot of people use them interchangeably, there’s a world of difference in rocks, stones, and minerals.

Minerals are the basic building blocks of the other two types. They’re defined by their chemical purity and their internally organized structure. The molecules in minerals align in certain ways as the liquid which produces them cools. These appear as crystals to us. Internal structure is the defining characteristic of minerals.

Rock is a general descriptor for the large amounts of exposed material that forms the Earth’s crust. A cliff face or outcropping is rock, for instance. Meanwhile, a stone would be a smaller piece of the rock, such as a weathered and broken chunk at the base of a cliff.

Essentially, rock is a descriptor although we still use it as a singular noun on occasion. Stone is the proper term for a piece of rock. These two terms are used interchangeably in day-to-day life, but the geological context matters when we’re learning about how the lifecycle of rocks and minerals.

Apart from these three, there is also a fourth category that’s not as well-known. Amorphous solids, like obsidian and opal, are actually mineraloids. They lack a crystalline internal structure, which disqualifies them from being called crystals or minerals.

3. Some Minerals Have the Same Chemical Formula

Minerals aren’t just defined by their chemical structure. They’re also defined by the type of crystals that they form, whether major or minor.

A great example is calcite.

This compound can form calcite over time, but it also forms vaterite and aragonite. They’re separated because they self-organize into different crystalline structures depending on the original deposit. Calcite crystallizes as trigonal crystals, aragonite as orthorhombic, and vaterite crystallizes in a hexagonal system.

For instance, limestone is primarily a combination of aragonite and calcite crystals pressed together to form a sedimentary stone. With enough heat and pressure, limestone becomes marble but it’s still made of the same stuff.

The way these polymorphs interplay can be fascinating. One of my favorite examples is chalcedony.

Chalcedony is often considered a form of quartz, but that’s not quite true. Instead, chalcedony is a cryptocrystalline form of silica, SiO₂ which is comprised of both quartz and moganite. These crystals interlock on a microscopic level, making a stone that appears to be glass-like despite a crystalline form.

4. Many Minerals Exist as Solid Solutions

Most of us are familiar with what a solution in chemistry is. If you can’t quite remember, it’s simple: a solution is a substance in which the solute is distributed throughout the solvent in a uniform matter. Think ocean water, with its abundant salts. You’re not going to run into a patch of it that suddenly lacks salt, because dissolved minerals are throughout the water column.

We actually interact with solid solutions regularly, although we generally think of them as a single substance. Steel, for instance, is a solid solution of carbon and iron. The varying amounts result in different types of steel with slightly different properties.

Many solid solutions actually result from changes in temperature and pressure during the formation of the rock, creating solid-state reactions. These are generally comprised of minerals that can have one or more of their atoms substituted in their crystalline lattice.

A great, easily understood example is found in the world of salt. Halite is pure NaCl that’s formed naturally in the Earth, while sylvite’s formula is KCl, or potassium chloride. These two minerals exist as endmembers of their solid solution family. Sodium and potassium have similar atomic structures and can substitute for each other in their cubic crystal systems. Because of this, any amount of sodium or potassium added to chlorine will result in crystals with no regard for the actual ratio of sodium/potassium to the attached chloride molecule.

The Earth doesn’t hand minerals out in well-measured ratios, the reality of nature is much more complex than that.

Because of this, it’s not always possible to define an individual stone’s chemical makeup without a detailed analysis.

One of the more popular examples is garnet. You’ll very rarely see anyone describe the exact chemical makeup of the gemstones. Instead, they’ll be referred to by a family name such as spessartine garnet or tsavorite garnet. There are actually two families of garnet:

Solid solutions are found in most mineral families, complicating chemical descriptions of stones quite a bit. That said, once you learn about them you’re in a much better place to begin understanding the chemical composition of the minerals around us!

5. Some Rocks Form Deeper Than Others

95% of the Earth’s crust is comprised of igneous rock, the remnants of magma brought to the surface where it crystallizes under the cooler conditions we enjoy topside. Not all of these originate from the same depth, however.

The best example is kimberlite. Kimberlite is found in structures called “pipes” which stretch deep into the earth. Kimberlite is mainly known for housing diamonds, which are a form of pure carbon that require incredible pressure and heat to form.

Kimberlite pipes emerge from deep in the mantle. Miles and miles beneath our feet, from just over 90 miles to 280 miles. Twice as deep as most of the volcanos on the planet. Because of this, kimberlite rocks contain some different minerals than rocks that emerge from areas where the heat and pressure aren’t quite as extreme.

On the other hand, the basaltic magma which makes up the majority of the crust under the ocean is often formed in areas as shallow as 45 miles or so. 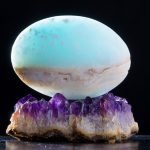 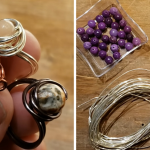