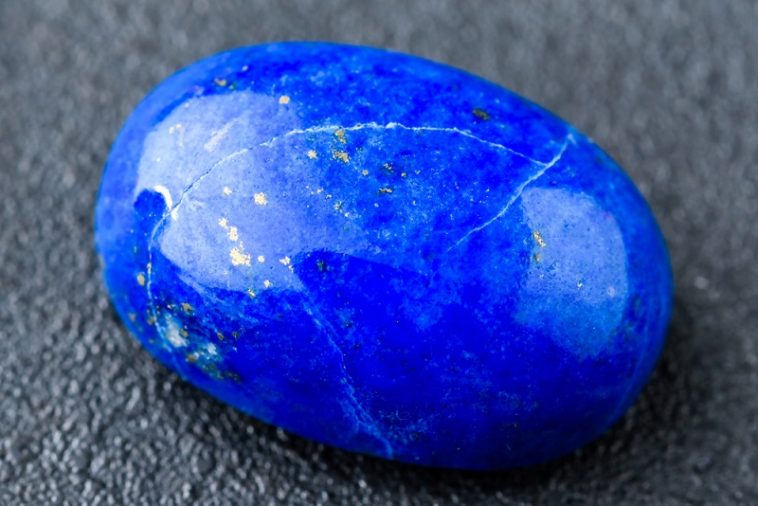 Lapis lazuli has held a special place in the hearts of humans for millennia. There’s no doubt that the deep blue stone, often speckled with golden pyrite, has captured the hearts of people and its persistence in the modern age is proof of its beauty and timeless allure.

But what is lapis stone? Where is it found and what is it used for? Read on and we’ll discuss the history and use of this amazing stone.

What is Lapis Stone?

Lapis stone, usually called lapis lazuli, is a deep blue stone that has a varying composition similar to turquoise. The components of the stone affect its appearance, there’s a wide range of different grades of lapis out there.

Lapis is a stone, rather than a mineral. While lazurite is the most important constituent, the varying composition of the material can include a lot of other minerals. It was originally thought that the coloring of lapis lazuli came from a mineral known as lazurite, along with a handful of other minerals.

One of the most prominent is sodalite, which is closely related to lazurite. Sodalite often forms a royal blue coloration and is used on its own for many purposes. It forms in lapis stone with blue colors. There is also a considerable amount of pyrite (causing gold flecks) and calcite (causing white streaks) in most lapis.

Studies of stones sold as lapis have given some pretty mixed results. While lazurite was previously thought to be the main coloring agent, it appears that it may actually be a wide variety of different minerals giving color. Hauyne is implicated as the major coloring agent in many specimens.

What Is Lapis Stone Used For?

Lapis lazuli has been famously used for carvings and jewelry for most of recorded history. The stunning blue found in many ancient Egyptian artifacts is lapis lazuli, for instance, but there are thousands of ancient artifacts of all types made from the stone.

It’s easy to see why: lapis lazuli is usually quite hard and takes a great polish. It usually runs around 5-5.5 on the Moh’s scale but it’s pretty variable. Older material tends to be better, much of the old stock has been mined out after a few thousand years of digging. Newer lapis often contain a lot of calcite and may need to be stabilized to be of lapidary use.

But lapis lazuli has been used for far more than just lapidary carving and cutting. One of the most incredible uses of the stone is to create the pigment ultramarine. At one time it was the most expensive of all pigments, surpassing even gold.

The important thing to remember is that lapis lazuli is a deep blue stone that’s been used for decoration for most of human history, and it even made its way into paints. It’s also good to remember that the composition of lapis varies a lot from stone to stone.

Where is Lapis Lazuli Found?

The majority of lapis stone still comes from mines in Afghanistan. This area has produced great lapis for centuries, and it’s still highly prized. There are also mines in Myanmar and Siberia, where lesser amounts come from.

If you’re in the US, you’re not quite out of luck. Minor deposits of lapis are found in both California and Colorado.

The main source of interest is also the first discovered. Cascade Canyon in the San Bernadino County region of Southern California is promising. This region not only produces lapis lazuli, but also some impressive specimens of corundum.

The gold mine in the area, the Bighorn Mine, is near the region where lapis can be found. It appears mainly in the ridge that divides the north and south sections of that area.

This appears to be the only region in the United States where one can gather lapis on their own. The Blue Wrinkle Mine in Colorado closed down in the 1990s, and most of the material is now in private hands.

While a bit exotic, an intrepid rockhound can track down lapis in the states. It’s a rare find, however, even when you’re in an area known for the stone.

Is There Fake Lapis Stone?

Lapis is valuable, which means that there are unscrupulous people involved.

There are a few different ways that lapis can be faked.

The most common seems to be reconstituted lapis. It’s common wherever you see cheap lapis lazuli products. It’s crushed material mixed in with some kind of resin or epoxy to create something that looks like real lapis.

It has a certain look that distinguishes it, but the big tell is that it feels like plastic instead of stone when you hold it. Most real stones (excluding some like amber) will be cooler than the ambient temperature when you first pick them up. If it feels room temperature then it’s not lapis.

Stabilized lapis lazuli can be found, usually in lower-grade material. This is lapis that wasn’t able to be cut, but the addition of resin makes it harden. It’s not fake material, but the treatment should be disclosed when buying it.

It’s common to see low-grade lapis passed off as “Denim Lapis” these days. This material is usually stabilized.

You may also run into other stones being sold as lapis. Sodalite is very common, and it’s hard to catch it if you don’t have the piece on hand for testing. These can only be caught by eye if you’re very experienced with lapis, most of the time people discover through hardness testing that they were sold something else.

How To Spot Fake Lapis Lazuli

The big thing to do is be leery of any low priced lapis lazuli. Other than that, you can use standard testing methods to determine what you have.

Hardness, color, and whether or not a hot pin penetrates it will allow you to get a rough idea. There’s plenty of real lapis lazuli out there, just be aware it’s also at a premium price. Buying things online always make it a bit riskier than buying in person, especially if you’re not buying a specific piece. 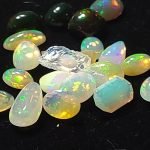 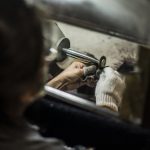