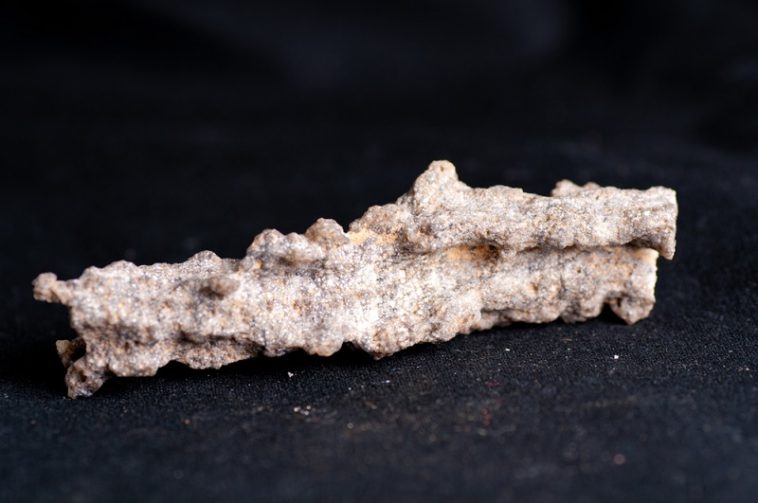 Have you ever heard of lightning glass? You may have heard it called by another name, fulgurite. This beautiful material is one that has a mystifying background to how it’s created and the differences between the types of fulgurites.

You might be surprised to know that there are many regions in the United States where lightning glass is located. There also are some incredibly interesting facts that scientists have learned about this material due to intense study of them as well as some mentions in pop culture.

What exactly is lightning glass?

Lightning glass typically occurs when lightning strikes a sandy beach. Though there are other causes that lead to the creation of this rock, this article will focus on this main one. Also known as fulgurites, this rare natural glass is made up of minerals that are rich in silica, such as the materials that come from soil, rocks, and sand.

The lightning bolt will go through the sand and then melt the silica within it into a liquid form. It cools and hardens fast, then leaves a thin glassy tube behind. The outside typically is rough and the inside is smooth.

When you find lightning rock underground, it can be shaped like tree roots and trace the zigzag path of the lighting bolt that led to its creation. They can be extremely delicate and have walls that are no thicker than 1 to 2 millimeters. Large fulgurites sometimes are taken from the ground in several pieces, then they are glued together so that they’re in the original shape.

Fulgurites in the United States

Now that you know what fulgurites are, you may be wondering where exactly to find these beautiful glassy treasures. Sand and rock lightning glass are generally found in environments that are dry with higher quartzite content in the sand or rocks.

Deserts, beaches, and high mountain areas are places to look for lightning glass. Wherever lightning strikes the ground, there is potential to form fulgurites, but, certain areas with the right minerals present in the rocks and dirt may be more conducive to making these formations.

Looking for lighting glass is challenging because of its rare, sometimes delicate physical nature. But, don’t give up! When you find lightning glass, it can be very exciting!

Sand fulgurites tend to be rough with some partially melted sand in them. Deeper sand may produce longer tubes of fulgurite up to 30 inches. These tubes of glass that form in the beach sand during a lightning strike are challenging to find.

Lets face it, fulgurites are rare. If you are hunting for them, be prepared to commit some time to the endeavor. If you are looking for sand fulgurites, focus on beaches nearly anywhere from New England to Florida on the eastern coastline of the US.

Florida in the Tampa Bay area receives some of the highest lighting activity in the US. This presents opportunities for finding lightning glass with more frequency than other places. Several people have had success finding sand fulgurites in the Florida pan handle.

Deserts of the Southwestern US have ideal conditions for lightning glass to form. Searching desert areas in , Nevada, and New Mexico with dry sand that is free of silt or clay can be good places to start.

Extra care should be taken when excavating sand fulgurites. These tubes of lightning glass are very delicate and can break easily. Being aware of this will help you preserve a more complete sample of lightning glass if you come across it at a beach or desert.

You should know how much of an anomaly lightning glass is and that you might not be able to dig one up with ease. On the other hand, there is a chance that you’ll come across this glass  above ground since it withstands erosion.

Fulgurites in the Mountains?

Mountain peaks are places that naturally receive heavy lightning activity. This makes them ideal for rock and mineral hunters to look for rock fulgurites.

Mountain tops that have higher quartzite content may be more likely to have fulgurites, but they can be found in places with different mineral compositions. So strap on your hiking boots, rock fulgurites are more likely to be found at the top of mountains, not the base!

If you are looking for rock fulgurites, mountain peaks that get frequent lightning are good places to start. You may come across a vein of lightning glass in areas that once had a lot of lightning activity. Since mountain tops are higher up, lighting strikes can be intense, making fulgurites possibly more common in these areas.

Searching mountain peaks within the Cascade Range may offer up some rare lightning glass finds. Other high peaks in the Rocky Mountains and the Wasatch Range are possible areas to look for rock fulgurites.

Here are some fun and intriguing things you likely didn’t know about fulgurite. 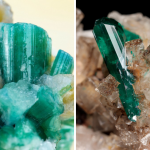 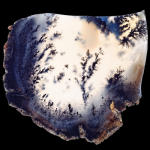