Telling apart different rocks and gemstones can be fairly easy at times, but it can be a little tricky for new rock-collecting or lapidary enthusiasts.

A perfect example of this is magnesite and howlite. At first glance, they may seem identical, and when dyed blue, they could be dupes for turquoise.

However, there are a few ways to tell which is which, but before we go ahead with our magnesite vs howlite comparison, let’s take a closer look at them individually.

Related: How To Tell If Turquoise Is Fake

Named after its main component, magnesium carbonate, magnesite is a mineral that forms in carbonate rocks rich in magnesium. The chemical and steel industries often use magnesite in its raw form, but magnesite’s most notable use is lapidary.

Magnesite has a chalky, porous texture that is usually white with brown or grayish veins; some pieces also have a rare transparent crystal form.

This gemstone’s soft structure makes it a perfect candidate for bead-making, cabochons, and tumbled stones. However, due to its low hardness level of 4-5 Mohs, durability isn’t one of its perks.

Its porosity makes absorbing dyes easy and can yield vibrant results. However, this makes it easy for some people to dye it and sell it as turquoise, especially that its web-like veins and bright blue dye can make it indistinguishable from the blue stone.

You can quickly tell if it’s magnesite by wiping it with a cotton dipped in acetone or scratching its surface. Both techniques will reveal the original white color of the stone.

Related: Where To Dig For Turquoise In Nevada

Known scientifically as silico-boro-calcite, or white buffalo turquoise, howlite is a borate mineral gemstone that grows in irregular nodules. The nodules are most commonly referred to as cauliflower heads. These stones resemble marble or porcelain with their opaque white color and black and dark-brown veins.

Just like magnesite, it’s soft and porous with a hardness level of 3.5 Mohs. It’s not easy to scratch with your nails, but it could be easily scuffed, and needs to be stabilized to be durable enough for everyday wear.

The porosity it shares with magnesite makes it an excellent choice for dyeing, and it’s used as an alternative to turquoise, too. However, it’s primarily used in its original form to make cabochons and beads. Some people also use it to make adornments and fine jewelry pieces.

How to Tell Magnesite and Howlite Apart?

Magnesite and howlite share the same white, veiny, and porous exterior and are both often used as cheap alternatives to turquoise and lapis lazuli. But how can you identify and differentiate them?

An easy way to tell magnesite from a howlite—while still in its raw form—is to place the magnesite on the tip of your tongue; if it sticks, it’s magnesite.

Other ways to differentiate them could be destructive and might require a few spare pieces of both specimens; here’s a roundup of those methods.

Magnesite has a dull, chalky exterior and can be found as white or gray, and sometimes with a yellow or brown tint. In its crystal form, however, it’s glass-like and can be found in massive formations.

Howlite is more similar to porcelain and is very opaque; it’s either white or gray in color with distinct black streaks and veins, which can sometimes show as a dark-brown. Its crystal form is often found in small nodules that are usually 0.4 inches in size.

Since both have very distinct hardness levels (magnesite at a 4-4.5, howlite at 3.5), you can test them against other rocks in your collection with a similar or slightly higher hardness.

Magnesite and howlite can be tested against a copper penny, which has a hardness level of 3.5 Mohs.

A piece of magnesite will be slightly scathed with heavily applied pressure from the penny, while a howlite will be obviously dented and scratched. 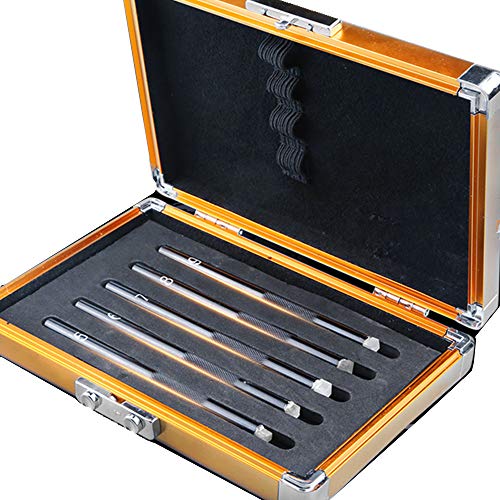 Mohs Hardness Test Kit Check Current Price
We earn a commission if you click this link and make a purchase at no additional cost to you.

All you’ll need for this test is a black light (UV light) and your specimens. Both magnesite and howlite have distinct fluorescent colors. Magnesite will glow with a greenish or bluish tint, while howlite will give off a brownish yellow color.

However, keep in mind that the fluorescence of minerals alone should not be used as an identifying feature. That’s because some many minerals will glow one color under shortwave UV light and another color under longwave UV light. While some will glow multiple colors under the same type of UV light.

Using a refractometer and knowing the refractive index (RI for short) of the specimens can help you tell them apart quickly. When tested, magnesite will show a RI of 1.509-1.700, and howlite will show 1.583-1.608.

For this test, you’ll need a couple of spare pieces scraped into a fine powder or broken into a small amount, and 5% diluted hydrochloric acid. You might also need a magnifying glass or hand lens to observe the reactions more closely.

Once you have your specimens as a powder or small pieces in two separate containers, you can use a dropper to place one drop of the diluted acid onto the samples and observe the reactions.

Magnesite will have an effervescent reaction to hot or room-temperature acid and show tiny bubbles. Howlite, on the other hand, will dissolve quickly without foaming. 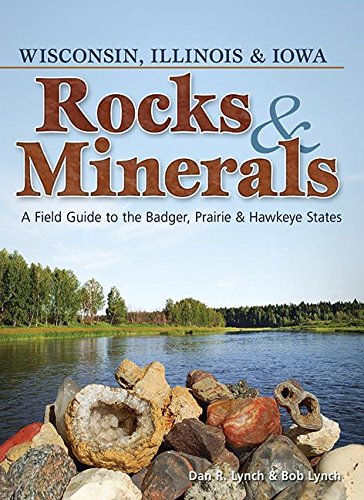 Rocks & Minerals of Wisconsin, Illinois & Iowa (Rocks & Minerals Identification Guides) Check Current Price
We earn a commission if you click this link and make a purchase at no additional cost to you.

There’s no denying that magnesite and howlite are equally beautiful stones, despite their notoriety for being sold as counterfeit turquoise or even beautifully colored rocks. They’re still considered a precious addition to any lapidarist’s collection.

While differentiating between magnesite and howlite may prove challenging even for the most trained of eyes, you can tell them apart with a few simple tests as easily as day and night.

We hope our guide has given you enough insight on magnesite vs howlite! 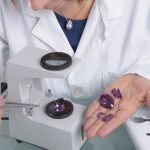 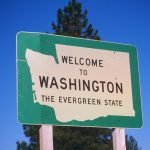