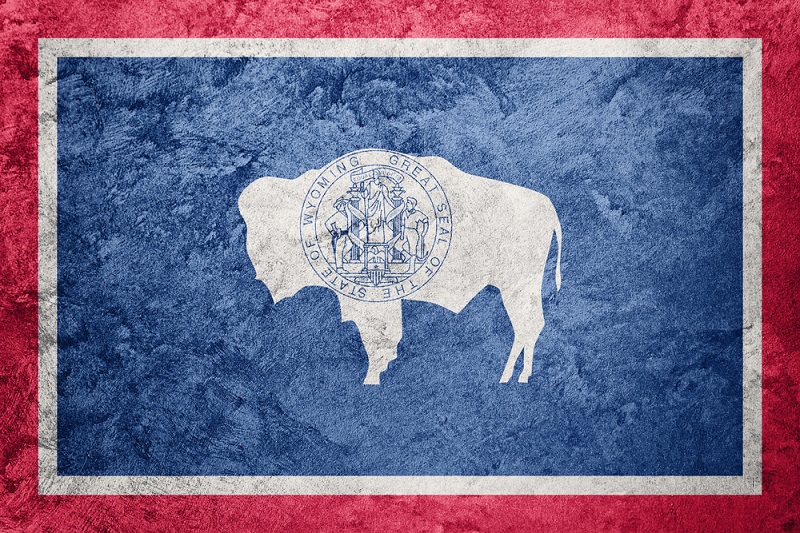 The 10th largest state by land, Wyoming contains some of the best potential caches of gemstones and minerals in the world. The Cowboy State features all three of the major rock types, igneous, metamorphic, and sedimentary, where prospectors may well begin their quest. Moreover, the state’s geography is such that one has relatively easy access to rock formations as old as 3.2 billion years.

Wyoming is home to some of the rarest gemstone variations in the world, such as Nephrite Jade, Agate, and Fire Opal. It’s no wonder that those versions were later named after the state.

Wyoming, too, can serve as a significant producer of these minerals. For instance, bentonite, a porous clay, was first found within the state. Also, Wyoming is one of the world’s top sources of gypsum.

Prices pulled from the Amazon Product Advertising API on:

Product prices and availability are accurate as of the date/time indicated and are subject to change. Any price and availability information displayed on [relevant Amazon Site(s), as applicable] at the time of purchase will apply to the purchase of this product.

The green gemstone, Nephrite Jade, is found in such relatively high quantity in the state that it became the official state gemstone of Wyoming in 1967. It has been reportedly found in several locations, including the Oligocene White River, Eocene Crooks Gap Conglomerate, and Battle Stone.

Believed to heal the kidneys, the prized green gemstone was named Nephrite Jade. Many cultures attribute various healing and spiritual properties to it. In many cases, it is the medium of choice to create sacred figurines, like Buddhas, rings, and goblets.

The composition of Nephrite Jade lends itself to creating such figurines, as well as stained glass windows. With a Mohs hardness of 5.5 – 6.5 and a micro-felted aggregate structure, the gemstone is very durable.

Primarily a calcium magnesium silicate, it gets its classic green hue from trace amounts of the reduced form of iron. A white tinge may be sometimes present due to chromium impurities.

A mostly colorless carbonate mineral, trona is produced predominantly in Wyoming. In 2016, the state accounted for 38% of the global manufacturing of trona. Recently, it was estimated that Wyoming contains about 127 billion tons of the mineral.

Trona can be found within the Green River Formation in the southwest portion of the state. It is an evaporative mineral formed as sediment layers.

Technically, the mineral is a sodium sesquicarbonate. This translates to its use preparing calcium and sodium carbonates. These compounds are then used to create glass, various chemicals, and detergents. They are also used as water conditioners and food additives.

The rare, yellowish-green gemstone was found in Wyoming essentially by happenstance. A group of researchers originally searched the Leucite Hills for diamonds, finding a huge cache of peridot instead. There two large anthills of the gemstone were discovered in 1997.

As an igneous gemstone, peridot is typically found following magma cooling. However, similar conditions occur when a meteorite enters space. As such, peridot has been found in relatively large quantities from fallen meteorites.

Chemically, peridot is a magnesium iron silicate with a Mohs hardness of 6.5 – 7.0. It has a predominant double refraction, meaning the viewer will see two of an image when looking through it.

The 29th element and an extremely conductive mineral, copper is fairly abundant in Wyoming. In fact, the Ferris-Haggarty Mine in the Sierra Madre Mountain range was ranked in the Top 30 international copper mines, when it was open.

Now, copper prospectors can look to the Absaroka and Laramie Mountains. There, copper will be found as various salts, such as carbonates, oxides, and sulfides.

Descriptive in itself, copper appears burnt red in color. Its use is prolific and widespread. It ranges from utilitarian things, like wiring, cookware, fungicides, and medicine to aesthetics, like jewelry, decorative art, and pigmentation.

Opal is another gemstone with Wyoming-specific variations. Found mainly in the Cedar Ridge, Wyoming Fire Opal appears an orangey-yellow. Other shades of opal are found there, including black, blue, and honey.

The gemstone forms as water evaporates from deposits of silica gel, making each opal unique. Moreover, as a hydrated silicate, any trace impurity leads to great variation in color.

Thus, opal can tend to look like other gemstones. The Romans felt this made it the most precious gemstone of all.

Due to its formation, opals may contain up to 20% of water. This gives it a large variance in hardness at 5.0 to 6.5 on the Mohs scale.

The 26th element and the most abundant one by weight on Earth, iron has contributed much to human history. With its own epoch in prehistory, The Iron Age, it was the metal of choice for tools and weapons. While its use was more rudimentary then, it spurred on the creation of harder materials, like wrought iron and steel.

Owing to its long history and versatile properties, iron is used for many purposes. Outside of construction and tools, it is used for dietary purposes. A major mineral in the body, iron with hemoglobin is used to transport oxygen within the body.

In Wyoming, iron can be found quite readily. Its two biggest sources are the mines in Rawlins and South Pass.

Appearing usually as a cloudy, white mineral, many older civilizations associated gypsum with the moon. The Ancient Greeks named it after their word for moon.

Across the world, the Ancient Egyptians used it in the construction of their famous pyramids. Today, gypsum is still used to create plasters and drywall. It is also a common component of fertilizer.

It is composed of calcium sulfate dihydrate and is very soft with a hardness of only 1.5 – 2.0. Due to this, gypsum is used for chalk. Some cultures have used it to make ornamental pieces, though it lacks durability.

Wyoming is a significant source of gypsum. In 2017, the state accounted for over half a million tons of it. Currently, Wyoming has three big mines of gypsum near the Laramie Mountains and in the Bighorn Basin.

With a Mohs hardness of 10, diamonds represent the hardest mineral on Earth. Most have been formed over 1 million years ago under extreme pressure deep within the Earth’s mantle. Still, some can be made synthetically.

Diamonds are comprised of pure carbon arranged in a very rigid and crystalline way. Typically, it is colorless, though it may take on faded colors.

Wyoming features several high-potential spots to find diamonds. Chief among these are the Laramie Mountains and the Cedar Mountains. Within the state, the largest diamond found was 6.3 carats by weight.

Found first in Wyoming, Bentonite is a type of absorbent silicate clay. It typically contains one of four dominant elements, calcium, sodium, aluminum, and potassium. Though the element can afford bentonite different properties, the clay is generally used for industrial purification.

Its overwhelming use is to drill mud, where it can cool the drill tools. It is also used to clarify wine and beer. More recently, bentonite’s use to remove chromium in municipal wastewater was discovered.

The U.S. was the top producer of bentonite in 2011, which was in large part due to Wyoming. Near the state’s Rock River, bentonite was first discovered in Cretaceous Benton Shale. Now, it can also be found in the Bighorn Basin.

A common gemstone in jewelry, sculptures, and desk figurines, agate can take on many colors. It forms as groundwater deposits silica in igneous rocks. Whatever trace impurities are present in the water leads to the huge variation in agate color.

Most notably, agate appears with banded colors. This arises due to how the water deposits material in the igneous rock cavities.

In Wyoming, agate can be found near Wind River. Sometimes, this agate is dubbed after its location, but it can also be called Wyoming Iris Agate. It can appear translucent and may have petrified wood in its structure.

Prices pulled from the Amazon Product Advertising API on:

Product prices and availability are accurate as of the date/time indicated and are subject to change. Any price and availability information displayed on [relevant Amazon Site(s), as applicable] at the time of purchase will apply to the purchase of this product.