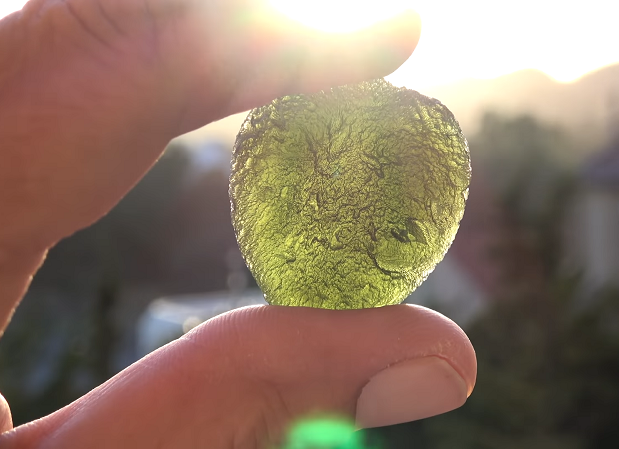 Moldavite is the only gemstone quality tektite found on the planet. It comes from one region on Earth, and was created when a meteor impacted the planet. It’s highly prized among collectors for its unique origin, color, and shape. The metaphysical community also values moldavite for its energetic properties.

Moldavite was formed over 15 million years ago when a meteorite hit the planet in the southeastern region of modern Germany, Austria, and the Czech republic. It’s been used in jewelry in its natural form, as faceted gemstones, and as beads.

Moldavite’s ongoing popularity and anticipated scarcity has resulted in fake versions hitting the market in large numbers. In this article, we’re taking a look at the difference between real and fake moldavite, and how you can tell the difference.

Moldavite is a type of glass that was formed by a meteorite impact. It’s known as a tektite or impact glass, and comes mainly from the Nordlinger Ries crater in central and eastern Europe.

When the meteor hit the Earth’s surface, it created a debris field that combined meteorites and terrestrial rock that was flung hundreds of miles away from the impact site.

Over 90% of all moldavite comes from a handful of locations in the South Bohemia region, including the Moldau River Valley in the Czech Republic. The rest come from neighboring countries where the impact sites are located.

The primary color of moldavite is a deep olive green, but it’s also found in lighter shades that range to a shade of green-blue known as poisonous green. It can also have streaks of color that appear brown. Moldavite has a Mohs hardness that ranges from 5.5 to 7, a hardness shared by manufactured glass. It has a chemical formula of SiO2(+AI2O3).

Moldavite got its name from the Vitava river in the now Czech Republic. Towards the end of the 17th century, moldavite was discovered by a German doctor by the name of Dr. Josef Mayer who was employed as a professor at the Charles University in Prague.

The Czech call moldavite vitavin after the river, but in one of those twists of language, moldavite got its name from Moldau, the German name of the same river that flows between the two countries.

Related: Malachite vs Moldavite (How To Tell The Difference)

What is Fake Moldavite?

Fake or synthetic moldavite looks very much like the real thing, except it’s made from manufactured glass that’s been poured into molds. Dyes are used to imitate the color of real moldavite and make it difficult for the casual viewer to tell them apart.

Manufacturers of fake moldavite are also using colors that don’t exist in real moldavite. A search of popular websites that don’t vet their sellers will return listings of moldavite in red, pink, yellow, and blue. Moldavite that is emerald or bottle green and is eye-clean is most likely made from green glass bottles.

Read More: Synthetic Gemstones (Everything You Need To Know)

Fake moldavite will never be able to perfectly imitate the real thing, but that doesn’t stop manufacturers from their production efforts. The biggest tell of fake moldavite outside of the common shapes and color is the fact that fakes have no inclusions and few to no bubbles. Moldavite beads are uniform in shape, crystal clear, and have a clean appearance. Real moldavite pieces look dirty in comparison.

The Differences and Similarities Between Fake and Real Moldavite

Both real and fake moldavite are made from glass, but that’s where the similarities begin and end. Real moldavite has inclusions and is full of bubbles that are the result of its formation.

Fake moldavite also has bubbles, but not nearly as many as the real thing, and bubbles can be found on the surface, something that’s rarely seen in real moldavite. A fake specimen is made in a controlled manner that minimizes bubble formation (bubbles can cause glass to crack when its being cooled down in a kiln) whereas real moldavite was formed in a catastrophic event with no controls whatsoever.

How to Tell the Difference Between Real and Fake Moldavite

There are a number of ways to tell the difference between real and fake moldavite that range from simple knowledge to touching and using a flashlight. Each technique can quickly inform you as to the authenticity of the piece you’re examining.

A simple fact to remember is that moldavite was formed millions of years ago and has undergone physical changes during that time. Real moldavite will always have a worn, dusty or dirty appearance from spending millennia underground.

Fake moldavite can’t replicate this appearance and will always look wet or shiny. Real moldavite is only shiny when it’s been broken apart, and even then, only the broken ends of the piece are shiny.

Real pieces of moldavite are used to create molds for making fakes. These molds can be scaled down or up in size, but will retain the original shape, ridges, waves, and patterning of the original. It’s not unusual to find multiple sizes of moldavite with an identical appearance.

Makers of fake moldavite tend to use the same molds over and over again and flood the market with their counterfeits. It won’t take long before you start noticing the same shapes showing up for sale online and at shows.

Inclusions are common in moldavite due to the nature of its creation. It’s normal to see bubbles and lechatelierite strands or wires inside a piece of moldavite. Sometimes these inclusions are visible to the naked eye and are an intrinsic part of the stone’s visual appearance. However, it’s not unusual to have a clear piece that requires the use of a jeweler’s loupe, flashlight, or magnifying glass to detect the inclusions and bubbles.

FAQs About Real and Fake Moldavite

Why is Moldavite Faked?

The best moldavite comes from Bohemia, South Bohemia, and Moravia, but these areas have been heavily mined for almost 50 years. A majority of the mine fields are closed, and only four mines remain in operation today.

It’s estimated that there is a 10-year supply of moldavite left in these mines and once they’re depleted, there will be no more high-quality moldavite left. This potential scarcity has inflated the cost of moldavite, which encourages counterfeiters to produce fakes in order to profit off the unwary.

What is Moldavite Good for?

Moldavite’s hardness makes it perfect for faceting and setting in jewelry. It’s been in use in jewelry since it was discovered in the late 1700s, and you can find antique, vintage and modern pieces that use moldavite.

In its natural form, moldvate is popular among wire wrappers for making pendants. As previously mentioned, the metaphysical community seeks out moldavite in its natural state or as part of jewelry to keep or wear for its purported energetic properties.

Where Does Fake Moldavite Come From?

Most fake moldavite comes from China and India. Some eastern Asian countries are also producing fake moldavite, but the majority of the pieces on the market come from these two countries. If you come across a piece that’s labeled as being from countries other than the Czech Republic, it’s most likely a fake. 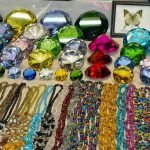 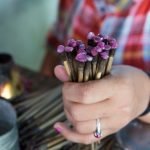