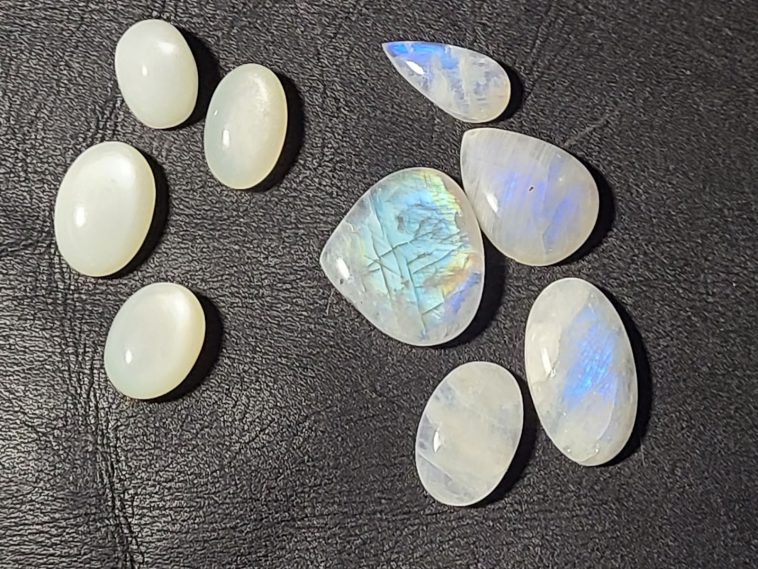 One of the most beautiful stones out there, moonstone is a common find for mineral collectors with a wide range of specimens available. There’s a lot to learn about this beautiful feldspar-based mineral, but it can be hard to figure out where to start.

That’s where I come in. Let’s take a look into the what and where of this beautiful mineral so that you can have a more complete understanding of your collection!

Moonstone is a subvariety of orthoclase-feldspar that displays an optical effect known as opalescence. This simply means that the surface of the stone catches light in a distinctive way, similar to common opal, not that it has the fire that typifies precious opal.

The name is also used for another feldspar mineral, Rainbow Moonstone, which is essentially ultra-high clarity labradorite and displays an internal fire similar to the surface fire of labradorite.

Moonstone has been used in jewelry since antiquity. In the ancient world, it was sometimes regarded as being solidified moon rays, crashing down from heaven and embedding itself on terra firma.

While a romantic myth, it’s quite clear why people thought that when you get a good look at white moonstone. It shimmers in a unique way.

More recently, moonstone was heavily used in Art Noveau jewelry from the early 1900s and it remains a popular stone today. As a semi-precious stone, you’ll see a lot of it in craft jewelry and from smaller smiths rather than being a common feature in fine jewelry. It’s definitely possible to find the latter variety of jewelry bearing moonstone, however.

Oddly enough, moonstone is also the state gem of Florida. That has more to do with Cape Canaveral’s moon launch, however, rather than due to deposits of it in the state. Despite the proclamation, Florida remains bare of moonstone deposits.

What Varieties of Moonstone Are There?

There are two main varieties of moonstone available:

From there you have various color sub-divisions and even other minerals labeled as moonstone. It’s a bit of a mess, and I stick to the above two varieties when purchasing online. In-person it’s still a bit of a crapshoot, in my opinion, but moonstone’s simple appearance is far too easily faked using photographs.

The former variety of moonstone is actually more valuable per carat than rainbow moonstone. The latter can be purchased for a little bit more than decent grade labradorite, although exceptional singular specimens can be quite expensive.

Moonstone is sometimes lightly colored. Light green and a faint peach seem to be the most common. Unfortunately, it’s quite hard to tell from pictures if you’re getting what you pay for in these cases.

What About Fake Moonstone?

Real moonstone is quite expensive, so anything which seems cheap should immediately be suspect. That’s doubly true for pieces over about 15mm across when cut, where the price experiences a pretty big jump.

Rainbow moonstone is much safer to buy but also suffers from some unscrupulous marketing.

The most common substitution for regular moonstone is opalite. Opalite is a glass-based opal-simulant that’s a commonly accepted lapidary material, with a faint internal glow and limited transparency. These fakes are easy to sort from photos if you have experience with either material.

In your hand they look quite different, but if you’re unsure a loupe will reveal bubbles in opalite just like it will with the majority of glass-based material. If you look at the above photo you’ll notice they’re pretty hard to confuse, but indirect lighting and inexperienced buyers can still lead to the purchase of fake material.

Sadly, a lot of the “green” or “pink” moonstone turns out to be dyed feldspar or calcite minerals. Very bold colors without a huge price tag are the biggest giveaway, but there are other ways to tell.

The surest sign of a dyed stone is when color is concentrated along the internal fracture lines of the stone. The majority of non-rainbow moonstone has no fractures visible at first glance, which is a major tell in the first place. But concentrations along cracks and other spots that let dye penetrate the stone further is a good sign you’re being sold a lie.

This technique is mainly seen in specimens like spheres rather than in moonstone sold for use in jewelry as a cabochon or faceted cut. I’d be suspicious of any affordable specimen pieces other than rough at any rate, cut moonstone fetches high enough prices you’re unlikely to find a good-sized pillar or sphere made of real moonstone.

Lastly, you’ll occasionally run into “pink rainbow moonstone” or “green rainbow moonstone” which looks nice and unique in the photos. These are made with either a colored backing or, when set in jewelry, pieces of paper or plastic to give the material a different look.

Due to the fractured nature of rainbow moonstone’s internal structure, sometimes these are even just dyed. Never purchase an unusually colored moonstone (or labradorite for that matter) without seeing a video of it. If the flash doesn’t move as a whole you’re looking at a fake.

My point is simple: moonstone is faked in a large variety of ways, so you should exercise even more caution than normal when buying it online. There’s plenty of relatively affordable material out there, but the market for fakes shouldn’t be underestimated in this case.

Where Can I Find Moonstone?

First off: Moonstone Beach near Cambria, California doesn’t have any moonstone.

I grew up in the area and I’ve collected some amazing specimens there. That said, the stone referred to as moonstone in the region is a silica-based mineral rather than feldspar. It’s much closer to an agate than anything else.

The only moonstone in the state is on the east end of Death Valley and it’s mostly known from old papers. I’ve never heard of anyone intentionally going out there to collect it, but it is a known deposit.

That said, there are a few areas worth searching in the US:

The best quality specimens seem to emerge from the locations in New Mexico. That’s not to say there’s not good material in other locations across the country, but that’s where I’d head if I was looking primarily for moonstone instead of it just being a coincidence to find some while searching for another stone.

Moonstone is a feldspar, so it can be found in many places. The problem is that a lot of material isn’t even fit for the $2 basket at a gem show. High-quality moonstone is rare, so even if you’re out digging there are no guarantees.

Still, don’t let that deter you from an adventure! Many of the best spots for finding moonstone also host a dazzling array of minerals, and it’s hard to call a day spent pulling minerals from the ground lost! 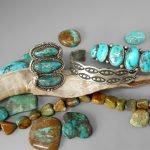 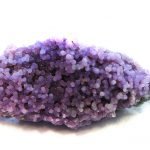