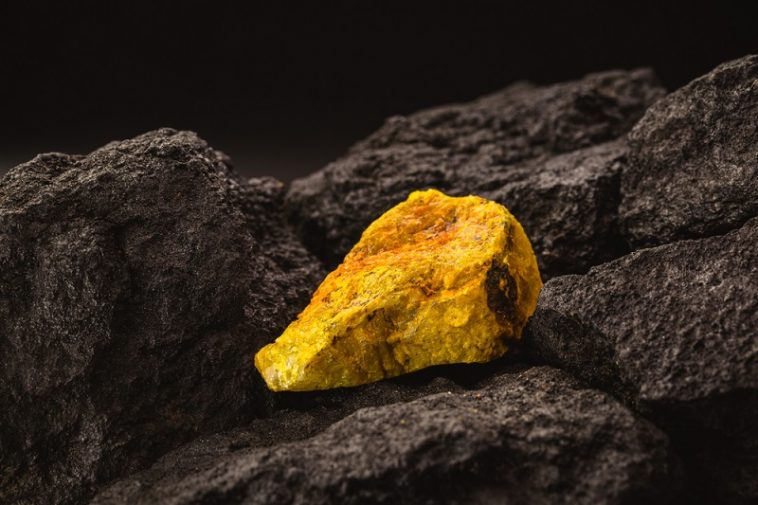 If you collect rocks or are simply interested in geology, it’s important to know which minerals can be unsafe to handle. Luckily, it’s possible to handle almost any mineral safely if you take the right precautions, but more than three million cases of serious health problems have been attributed to mineral-related toxicity. Here’s what you need to know about the 15 most dangerous minerals that you could encounter:

Many experts feel that this mineral is the most dangerous in the world. While asbestos has numerous potential uses, it can cause serious damage to the lungs, which is called asbestosis.

Not only that, but the condition has been documented since ancient times. Here are some of the potential effects of chronic asbestos exposure:

Blue Asbestos Can Cause Cancer

Not only can blue asbestos cause damage to the lungs, but it can even cause lung cancer. This can appear many years after an individual was exposed to this extremely hazardous mineral. However, it’s important to note that this mineral is much more likely to create toxic dust when it’s being removed from your home than when it’s being installed.

Where is This Mineral Found?

While the mineral is primarily found in southern Africa, Bolivia, and Australia, small concentrations of it are found elsewhere in the world. However, most blue asbestos originates from southern Africa, but there’s less of it being mined currently. That’s because its potential health risks have been recognized in recent years, and asbestos is used less much frequently in construction.

How Can You Work With Blue Asbestos Safely?

In order to work with blue asbestos safely, it will be important to wear a respirator at all times, which effectively filters out the hazardous fibers. Furthermore, it’s important to take steps to ensure that you do not accidentally ingest any fibers. Here are a few of the most important precautions to take when you’re working with blue asbestos or any other form of the mineral:

This compound contains a mixture of sodium, potassium, and calcium. Unfortunately, it can cause a disease called mesothelioma, which is a form of cancer that affects the lining of body cavities.

Not only that, but it can crumble into a fine dust that can be inhaled or ingested. As a result, it’s important to use extreme caution when working with this potentially hazardous mineral.

Has Exposure to This Mineral Caused Deaths?

There have been a large number of deaths caused by chronic exposure to this mineral in Turkey. However, the compound is still used commercially.

While most people don’t think of quartz as a dangerous mineral, it can be quite hazardous if it’s pulverized into dust, which can be inhaled. That’s because it’s made of silicon, which is known to cause a condition called silicosis.

Luckily, there are ways that you can work with the mineral safely. Here are a few tips that will make it possible to work with it effectively:

How Many People Have Been Affected Negatively By Quartz?

Approximately 3 million people have developed silicosis and/or other quartz-related health problems. However, many cases of the condition likely go unreported.

What are the Potential Dangers of Quartz?

In some cases, excessive exposure to quartz can cause problems with the immune system, which can be serious. This is a known effect of silicosis. Here are a few potential effects of silicosis:

What is it Used In?

While quartz has numerous uses, many of them are related to its piezoelectric properties. That’s why it’s used in many watches and other electronic devices.

Furthermore, it’s often used to create fake gemstones, and it’s also commonly used in the oil industry. However, it’s important to note that health problems caused by silicosis typically occur as a result of cutting or pulverizing quartz rather than simply handling it.

While this mineral is commonly used to create lenses and process iron, it can cause severe health problems due to the fact that it contains fluoride. That’s because the element is known to cause fluorosis, which is characterized by all of these potentially dangerous symptoms:

While phenacite is commonly used in jewelry, it contains a toxic element called beryllium. So, what types of health risks is this substance associated with? Well, that depends on how much of it you inhale and other variables.

In most cases, beryllium toxicity is caused by inhalation of the mineral rather than ingestion of it. Here are a few things that can happen if you inhale a toxic dose of beryllium as a result of working with phenacite:

Exposure to fluorite can cause fluoride toxicity, which can cause serious damage to multiple organ systems within the body. Here are a few steps that you can take to prevent flourite toxicity if you have to work with this potentially dangerous mineral:

While this mineral is chemically very similar to blue asbestos, it has a somewhat different appearance. Furthermore, it’s much more commonly used. However, the precautions that must be taken are exactly the same as blue asbestos, and the potential dangers are effectively identical. This mineral is one of the most common causes of health problems caused by chemical exposure at construction sites.

While zircon is not considered to be highly radioactive, it can emit radiation under certain circumstances. Furthermore, some natural zircon stones are made radioactive by natural processes. However, these stones can typically be identified by their unusual, amorphous structure. Though, it does not typically present any risks when it’s used in jewelry.

Uraninite is the most common natural source of uranium, which is used to create nuclear fuel for both power plants and weapons. That’s because uraninite contains significant amounts of the radioactive element, but it’s important to realize that there’s a difference between natural uranium and the uranium that’s found in minerals like uraninite.

That’s because natural forms of the element have not been “enriched”, which means that the element has been artificially changed into a more radioactive isotope. However, it’s important to follow the right safety protocol in order to avoid potentially dangerous exposures to it. Here’s what you need to know in order to work with uraninite safely:

The reason why this mineral is dangerous is the fact that it contains mercury, and this element is known to cause serious neurological problems with chronic exposure. Furthermore, the element can damage vital organ systems.

Not only that, but it can be absorbed in multiple ways. This means that it’s important to avoid being exposed via inhalation, ingestion, or skin contact. While this mineral was originally used as a pigment, it is no longer used for this purpose due to the toxic properties of the mercury that it contains.

Calcite is a common source of the element calcium, but it is highly flammable if it comes into contact with fluorine, magnesium, hydrogen, ammonia, ammonia salts, and acids. So, precautions must be taken to ensure that these two substances are never mixed.

This mineral is dangerous because it contains high levels of copper. While copper is an essential micronutrient, getting too much of it can be dangerous.

That’s why it’s important to avoid mistaking this mineral for rock salt. In fact, numerous people have been poisoned by mixing up the two minerals, and that’s because they look surprisingly similar. Furthermore, it easily mixes with water.

This compound contains three exceptionally toxic elements, which are arsenic, thallium, and lead. Therefore, avoiding exposure to toxic doses of this mineral is essential. Here’s what you need to know in order to stay safe while working with it:

As is the case with cinnabar, this mineral contains significant amounts of mercury, which is known to cause potentially serious neurological symptoms. Luckily, it is possible to reduce your exposure while working with this mineral, which can allow you to avoid most of the serious potential consequences of exposure. Here’s what you need to know about coloradoite:

Unfortunately, this compound looks a lot like pyrite, which is also known as fool’s gold. Despite this, it’s a very different and much more dangerous mineral. In fact, it contains the highly toxic element arsenic! Here’s what you need to know about working with this mineral: 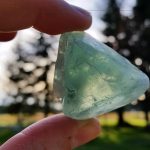