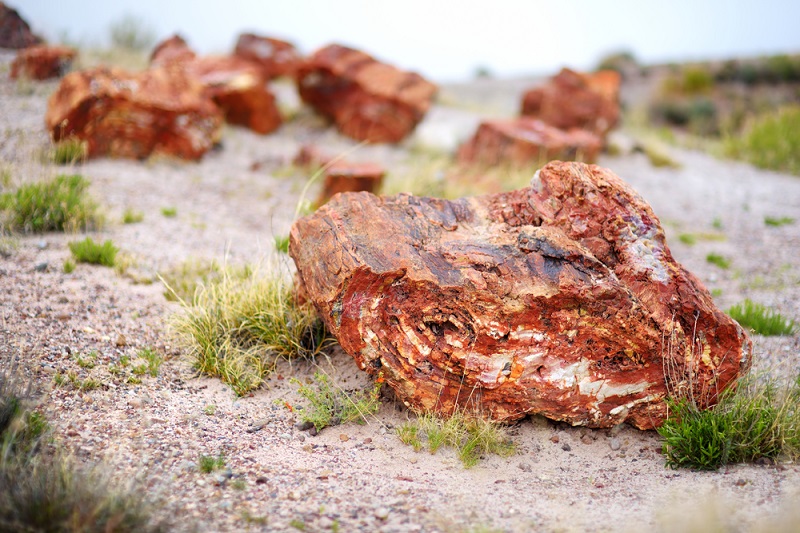 Petrified wood is found in many areas of the western United States. Nevada is not necessarily at the top of the list for petrified wood sources, but specimens are still frequently collected there. Many of the highest concentrations are found in Elko County in the northeastern corner of the state. But Elko County is not the only place to find wood fossils in Nevada. There are also many scattered sites well-known for beautiful and rare opalized or agatized specimens.

Although there are no mega-sized petrified forests such as those found in Arizona, California, or , Nevada does have several parks with plenty of specimens for sightseers. One is the little-advertised Lund Petrified Forest in Washoe County. Another is the Valley of Fire State Park near the state’s southeastern corner. There is no individual collecting allowed in these parks, but visitors passing through the area can enjoy the local history and fascinating scenery.

Located in a desolate area roughly 40 miles east of Jackpot near the Idaho state line, Goose Creek is known for the bogwood and petrified wood found at the site. The fossil wood specimens found there often have a wrinkled white exterior with some mineralization on the interior. Samples are considered to be rare, but worth searching for.

Daisy Creek is also a remote area. If you do decide to check it out, you’ll need a vehicle that can handle rough terrain. The area is in central Nevada, about 20 miles or so south of Battle Mountain, located along I-80. You may want a local map to help find the location or a reliable GPS locator and the general coordinates.

This site has been frequented by rockhounds for years, so the pickings are not as plentiful as they once were. But rockhounds say there are still some nice specimens for anyone willing to search a bit.

The small town of McDermitt straddles the Nevada/Oregon state line along Hwy 95. The area is sometimes cited as one of the best overall rockhounding destinations in the western U.S. Many kinds of specimens can be found here, including petrified wood. The collecting site covers a wide expanse on either side of the state line. Much of it is public lands under BLM jurisdiction.

You’ll need an appropriate vehicle for the rough terrain. Old pits may indicate some of the more productive sites. Some top-quality specimens have been found in the area, even after decades of hunting. Disaster Peak, to the southwest of McDermitt, has also been mentioned as a promising area to look.

Go prepared for extreme seasonal temperatures. Take plenty of water and always consider all contingencies when rock hunting in remote areas. There are no other towns close to McDermitt, where the population is only around 500.

Here is yet another potential collection site in the largely undeveloped area of Elko County. Access to the site is via dirt roads. The closest town is Wells, which is about 40 miles south, along Hwy 93. Towns are few and far between so plan to pack in and pack out what you need.

The petrified wood found here is mostly spruce with small amounts of conifer in the mix. Some truly gorgeous and colorful agatized pieces have come from the Hubbard Basin area. There are many examples of finds from the site advertised for sale on the internet if you want an idea of what you might expect to find there.

In the colorful hills along the north side of Texas Spring Canyon, about 25 miles north of Wells, is another prime site for hunting petrified wood.

This area is particularly well-known for pink limb casts–complete, glassy sections with translucent pink interiors. Pieces may also be opalized white or an iron-influenced light red to black.

Watch out for privately owned properties or mining claims in the area. There may be a few, but much of the land is publicly accessible.

Some other areas reported to contain some petrified wood fossils include the foothills of the Tonopah Mining District in north-central Nevada, where silver mining was once huge but is now becoming rare. A bit of research would be necessary to find the best sites in the area. Be sure to avoid any remaining mining claims.

Also, the Little Humboldt River has been mentioned more than once as a source for petrified wood. I found very little information beyond the claims of museum-grade petrified wood being found there. The advance state of fossilization in some of the pieces could cause them to be mistaken for casts. You might need some professional certification should you manage to collect such pieces. 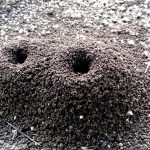 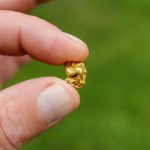