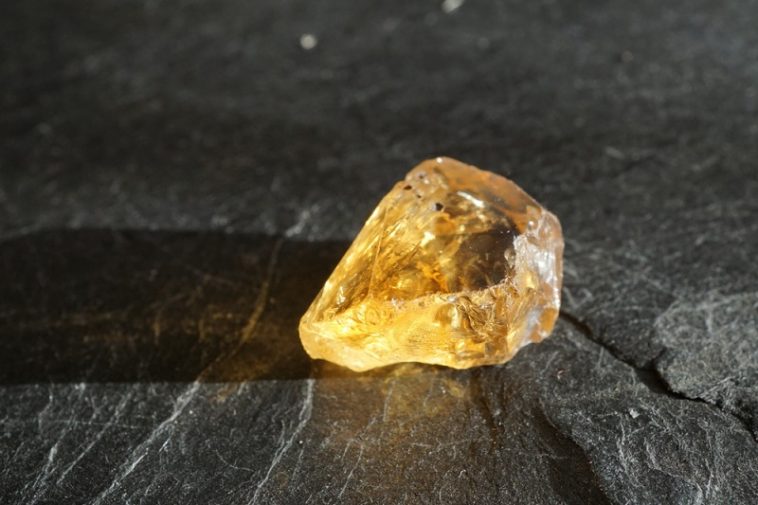 Citrine is a beautiful stone, but knowing whether or not a specimen is real can be a huge toss-up. Fortunately, there are a few signs that will let you know if the stone you’re holding is likely to be real or something else.

Let’s get to it, and I’ll show you how to tell if you have real citrine or something else.

Citrine is a rarer chemical than amethyst, but it has an almost identical chemical makeup. The difference is in how hot the molten stone got, after a certain point the iron in amethyst becomes a yellow color.

The vast majority of fake citrine is simply heated amethyst.

Both Are a Variety of Quartz

Both real citrine and fake citrine are a variety of quartz with almost identical physical properties. Heat treatment of amethyst doesn’t damage the crystalline structure or the hardness of the stone at all. Instead, you end up with a treated stone identical to real citrine.

A Difference In Temperature

Remember, the only difference is the highest heat reached by the crystal during its formation. Studies on heat treatment show that temperatures under 420°C result in amethyst, and those over 440°C results in the formation of citrine.

Ametrine occurs naturally due to heat zoning. You can have formations where the same crystals are partially citrine and amethyst.

In between is the stage where prasiolite is formed, which is even rarer than natural citrine.

Citrine can be heated further, resulting in orange coloration and finally a dark amber. Deep orange citrine, also called Madera citrine, is heated to higher temperatures. This can all be done artificially in an oven if it didn’t come to the right temperature in the ground.

Which is the crux of the issue of fake vs real citrine.

Heat-treated amethyst is almost identical to naturally forming citrine. There are a couple of good indicators, but telling them apart isn’t always possible. And most vendors don’t care.

Here’s the deal: heat treatments for amethyst are over 2,000 years old, and there is no obligation for a vendor to disclose their citrine as heat-treated. It might feel unfair, but that’s the way the game is played on the market.

There are also newer fakes that pose the same problems, primarily irradiated amethyst and smoky quartz. The irradiation process might seem like a great tell… but it also occurs naturally and can change the colors of the stone.

My honest advice is to enjoy what you have and not get caught up on whether it was heated in the ground or in a furnace. You may or may not ever be able to tell, and even paying for a lab to test them doesn’t 100% guarantee results. If not knowing if a stone is “natural” keeps you up at night, then I’d suggest avoiding citrine altogether.

1. Spot-checking for Glass in Faceted Citrine

While the majority of faked citrine are heated amethyst, some unscrupulous vendors have tried to sell faceted gemstones or even crystal points made of glass.

A beginner at buying faceted stones can easily be fooled by a glass replica, and spend big bucks on something that has no real value.

Fortunately, this is one of the easiest fakes to spot if you have a loupe. Check the stone at 10X magnification and look for bubbles. While citrine may present with inclusions, they won’t be round bubbles.

These bubbles are the best way to tell at a glance if the stone is real. Especially since glass is similar in properties to quartz when it comes to hardness and other easy tests.

One of the most common treated amethyst displays I’ve seen is crystal formations from the inside of large geodes. The majority of natural citrine samples will be smaller points or other formations, it very rarely forms in geodes.

You’re most likely to see smaller crystal formations. Citrine is often in the same formation as regular quartz, so clear bits aren’t a deal-breaker.

Just note that if it looks like it was cut from the exterior of a geode, chances are it’s not citrine. These specimens were very common in the rock trade not long ago and there are a lot of them bouncing around.

They still have other tell-tale signs we’ll get to in a moment, but this is the quickest way to start identifying the piece.

Colors are the biggest tell. If the stone is already faceted, you’re probably out of luck on finding out if the stone is natural in origin this way.

Heated stones will have color changes throughout them. The important thing to look for in the specimen is “burnt” looking tips to the crystals. No natural citrine is colored that way and it’s perhaps the most definitive way to find out a specimen is heat-treated amethyst instead of citrine.

Solid colors can also be a bad sign, especially if it’s through a relatively large piece. If the piece is a single uniform color then it may be man-made, especially if the price seems reasonable.

Heat-treated specimens will tend to be more on the orange-yellow side of things, while natural specimens often a gold or straw yellow instead. The difference can be subtle, and there’s also some overlap. As if this whole thing wasn’t confusing enough.

In general pale yellow specimens with color-zoning are the most common natural citrine.

Some of the natural forms of citrine exhibit dichroism that amethyst does not. Dichroism is an optical effect created by the crystals, stones will shine with different colors depending on the orientation of the crystals.

This is a one-way test: dichroism can prove a stone is natural, but not having it doesn’t mean the stone is heat-treated.

Checking for dichroism requires a specialized tool, a dichroscope. These tools are valuable for gemologists since they allow quick ways to eliminate possibilities when checking stones out. A dichroscope is not a final test.

You can find one online if you don’t already have one. They’re a good tool to have around for any serious gem or crystal collector, and relatively inexpensive. 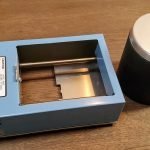 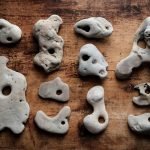