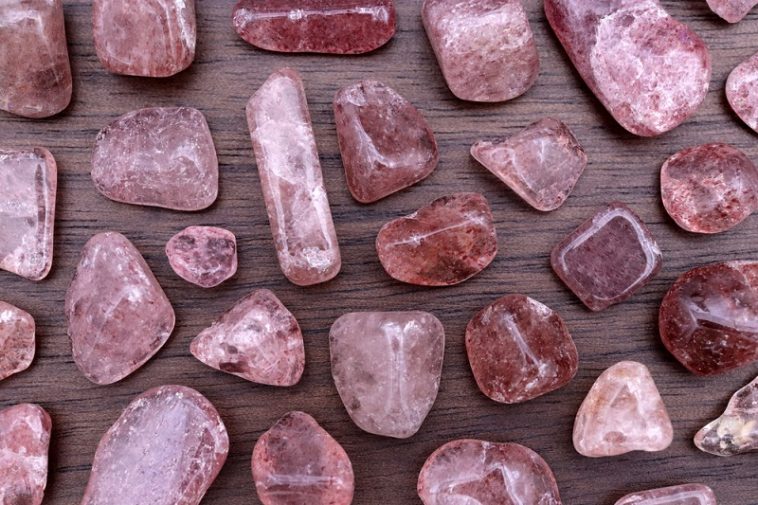 So how do we tell? Well, let’s do a side-by-side comparison of real vs. fake strawberry quartz.

What is Strawberry Quartz?

There are some great examples out there that are predominately clear. These are often sold under the name Red Fire Quartz, especially if the colors are deep.

That makes it distinct from rose quartz, which has finer inclusions that give the quartz an actual pink color. Strawberry Quartz is a new marketing term, not something that geologists will use.

It’s part of the same trend as lemon quartz, fruit colors are in for the marketing departments of crystal sellers this season.

The inclusions are hematite and form splotches and needles inside the crystal. Thickly included stones may appear to be a reddish-pink color from a distance, but the majority of real strawberry quartz has large, clear patches of normal quartz crystal.

Since Strawberry Quartz is a marketing term there are no real standards. For our purposes, we’re going to talk about hematite included quartz crystals.

Related: Is Rainbow Quartz Real? (How Is It Made?)

What is Fake Strawberry Quartz?

Fake strawberry quartz varies in composition, but they’re created with the same goal: taking money from those who don’t know any better.

The fakes I’ve seen are usually dyed chalcedony or quartz crystals. When the color goes throughout and forms a deep red the stone is often sold as “Red Aventurine.”

I’ll be honest here: I’ve seen no proof that there’s a natural form of red aventurine. There are no listed locations for its origin, no miners talking about it on forums, and it only seems to exist in crystal healing circles.

It may exist, but it would have to be quite rare. It certainly wouldn’t be sold for cheaper than regular aventurine on average.

Red Aventurine aside, we have another complication: Strawberry Quartz is used as a trade name for a pink glass. It will usually be labeled as glass somewhere in the description, just to cover the seller for returns, so read any listings carefully.

Trade names and dyed quartz aside, counterfeit strawberry quartz is also on the market. Essentially, it’s glass that’s been internally dyed to mimic the inclusions in the real stuff.

The biggest thing to be aware of is that “Strawberry Quartz” is frequently faked. So how do you make sure you don’t get ripped off?

How Can I Tell Them Apart?

In my experience, most of the fakes in this realm can be recognized from pictures. IDing a mineral is never 100% from a picture, but you can avoid getting ripped off.

The obvious signs include the following:

If there isn’t a picture of the specific sample you’re buying, then you want to skip it. There’s no excuse for it not to be high-res enough to check for the above before you’ve got the stone in hand.

Cost is one of the better ways to sort out merchants. If the piece you’re looking at is priced similarly to amethyst or other common quartz varieties it’s probably a fake.

Likewise with bulk sales. While I’ve seen legit ones, the stones are valuable enough that samples are usually sold individually or after being cut into cabochons. They tend to average about $5 per carat when cut as gems, but rough, tumbles and common forms like spheres will be cheaper.

A stone being expensive isn’t necessarily a good indicator of quality, unfortunately. As can be seen in the market for faked moldavite, sometimes the strategy is just to put in a high enough price tag people assume it can’t possibly be fake.

So, a proper Strawberry Quartz is easy enough to identify:

An unfortunate truth is that the best indicator is often the fact that a stone has internal fractures and other unsightly inclusions. These imperfections are never worked into fakes, at least at this level of the gem trade.

Where Can I Get Real Strawberry Quartz?

I’d avoid normal retail if you want a good sample of this beautiful stone.

I recommend avoiding retail sites. If you are going to use one, I recommend looking through all of their stock to see if they’re carrying any easy-to-spot fakes.  Goldstone being sold as natural is my go-to for checking a retailer out, but other commonly dyed or faked stones work as well.

If you do follow my advice, I recommend one of the following sources:

In the case of social media, it’s easy to get ripped off. Always use a service that will help protect you. PayPal is a good one, but others exist.

And make sure you get a formal invoice.

No real dealer will object to either of these terms, since they protect both of you in case something happens.

Etsy and eBay are good choices if you’re shy about diving into lapidary groups on social media. I’ve used both for expensive stones in the past, but you’re still in a “buyer beware” situation.

My recommendation is to only purchase individual, pictured samples of Strawberry Quartz from either page. If the pictures are low resolution, skip that stone and move on. A quick search on either returns a lot of fakes with some fantastic material mixed in.

Make sure you’re confident about your ID before you click the checkout button.

Finding real mineral sources online can be a pain. If you’re lucky enough to have local gem shows then you’ve got access to the best option!

There are a lot of fakes out there, but as long as you keep the above in mind you’ll be able to avoid 99% of them. Just make sure that you always inspect the stone as much as possible beforehand. 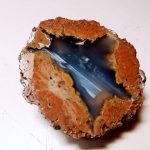 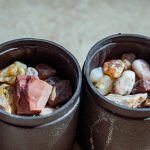