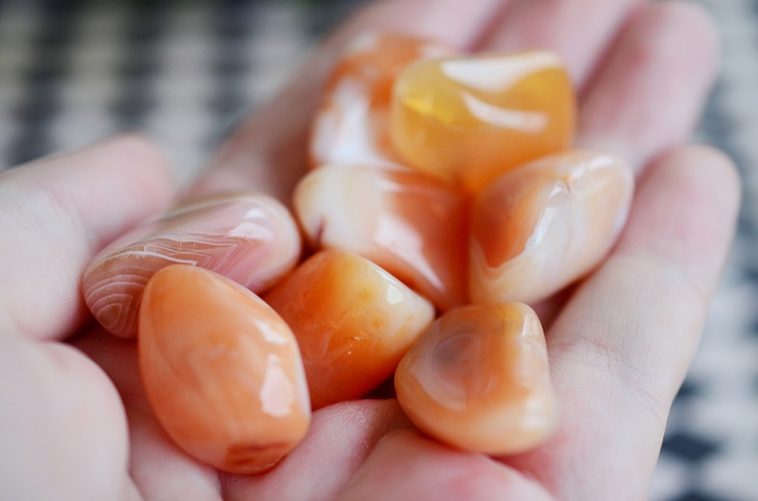 Red Agate vs Carnelian: What minerals are these?

You are holding a smooth red-orange pebble which seems to glow in the sunshine. It appears to be somewhere between translucent and opaque. It has smoothed edges, but seems very hard. You know it is likely to be a type of quartz. Whether you are on the beach, along a stream or at a mineral show, you want to make a solid identification yourself. Is it a red agate or a carnelian?

How are Red Agate and Carnelian the same?

Aside from the slightly lower density, chalcedony will have the classic characteristics of quartz, with a hardness of 7, generally no cleavage, and a conchoidal fracture. It will have a white streak on a streak plate. Cryptocrystalline quartz will often have a waxy or dull luster, with surfaces which tend to be botryoidal and are often smooth and translucent.

It is insoluble in all acids except hydrofluoric acid (HF). The composition of pure quartz is always close to 100 percent SiO2, but most often quartz will contain some traces of iron or aluminum.

Chalcedony is made of quartz crystallites, which are often fibrous in form, and have submicroscopic pores. These pores cause it to have a somewhat lower density than coarser macrocrystalline quartz. This cryptocrystalline quartz forms at low to medium temperatures. The original siliceous material for chalcedony is a colloid: microscopic crystals suspended in a medium, usually a liquid.

The different varieties of chalcedony may be found in sedimentary rocks, and in veins and cavities in basalt lava flows and rocks formed from cooled igneous magma.

SiO2 is the most abundant oxide on the earth’s crust. So, what makes these minerals special? Some varieties of chalcedony are beautiful, and they are hard and stable over time. So it is not surprising that the colored varieties are cut and polished as ornamental and semi-precious stones. A number of beautiful specimens of chalcedony (var. agate) can be seen in the Smithsonian geogallery Online.

Red Agate vs. Carnelian: How to distinguish these minerals apart

In agate, the banding is the result of deposition in cavities, over long periods of time, at irregular intervals, where the bands form parallel to the walls of the cavity. In both red agate and carnelian, the common red color results from trace amounts of iron oxide (hematite) in the quartz. Some natural agate may have beautiful color banding, but it often forms layers in shades of gray and white. Agate can have its colors arranged in stripes, blended in clouds or showing moss-like forms.

In a related form of chalcedony, called onyx, the banding seen in agate is alternately light and dark. This property has been used historically for carved cameos.

As volcanic or intrusive igneous magma cools, gases expand, and as it is cooling, the rock begins to harden around those areas. Fractures follow the cooling and shrinking of the rock. Eventually, the gas escapes from within the lava or magma, leaving behind voids and fractures which are filled by siliceous fluids. Over time, the siliceous fluid slowly hardens at low temperature.

When these siliceous crystal masses and veins are solid, and if they contain sufficient trace hematite to be close to red, they result in a carnelian gemstone. The color of this semi-precious gemstone, which can range from yellow-orange to a vibrant red, is all dependent on the amount of iron oxide and other trace elements included in the original solutions.

Carnelian is one of the earliest known gemstones. It’s name derives from the Latin “carneus” which translates to “flesh-colored”. The importance of carnelian in history is well-recorded. Ancient Egyptians used the stone as a representation of the strength of Horus, the Sun God. They placed carnelian stones with their dead.

The use of carnelian can be found in the Bible, and was much prized as a gemstone in early Rome. Fifty red beads make a stunning Roman carnelian necklace. This necklace, at the Smithsonian, is dated to the 1 – 4th Century, A.D.:  https://www.si.edu/object/carnelian-necklace:nmnhanthropology_8235112

Carnelian’s color can be enhanced by baking and dyeing with iron salts. Chief source localities are Ratnapura, India; Campo de Maia, Brazil; and Warwick, Queens, Australia. In the north western United States, the extensive flood basalts have left ample opportunity to find prospective places to hunt for carnelian and agate. For example, the rockhunting guide “Gem Trails of Oregon” lists 8 known sites for carnelian and 53 sites known for agates.

The agate-working industry is believed to have begun centuries ago in the Idar-Oberstein district of Germany. An area where agates were abundant. By 1900, Brazil and Uruguay were the predominant sources of agate. In the United States, several western states are also chief sources of the gemstone; Oregon, Washington, Idaho, and Montana.

As noted above, the west coast of the United States contains many locations to search for agate. At Agate Bay, along the south shore of the Strait of Juan de Fuca, west of Port Angeles, pillow basalt is exposed in the cliffs. The bay is named for the abundant beach agates which weather out of the basalt. To stay dry, search at low tide.

The uplifted marine terraces of the Oregon coast supply ample material to source agates. The terraces are eroded during storms and continually supply the beaches north and south of Newport. The best time to search is during the winter when storm waves move the sand offshore and expose the underlying, pebbly beach.

Further south along the coast of northern California is Agate Beach at Patrick Point State Park. I spent many hours, as a child, endlessly searching for agates on this beach. In the drizzle one can spot agates best while looking at wet gravel. I don’t think I left any behind, but by now the supply of gravel must have been replenished.

A significant amount of commercial red agate used for ornaments is artificially dyed. As noted above, the slightly porous nature of chalcedony allows it to absorb material from solution. So, when agate can be found in a beautiful rainbow of bright, tantalizing colors as ornaments, or jewelry, they have most likely been treated in this way.

Geodes and other Cavities

As described above, carnelian is formed in pockets, or cavities, which result from the dynamic events taking place in cooling lava or magma. Agate also forms in the same environment. The term geode is usually reserved for the formation of rounded formations found in both igneous and sedimentary rocks. This process continues as described earlier, but in the case of agate, a siliceous fluid flows through the rocks at intermittent periods carrying a variety of trace elements.

This change in chemistry can be seen in the nature of each distinct individual layer. In geodes, the cavity and limited fluids will over time result in the growth of crystals. The latter may be quartz crystals, or actually calcite or another mineral, depending on what is dissolved in the fluids passing through the geode during that period of time.

Whether in a filled cavity of a geode, or in large fractures, agate may form solid chalcedony with layering along the walls of the cavity (geode), or the entire rock fracture where the void has been filled. 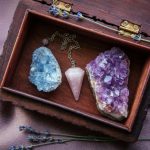 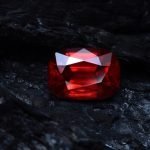