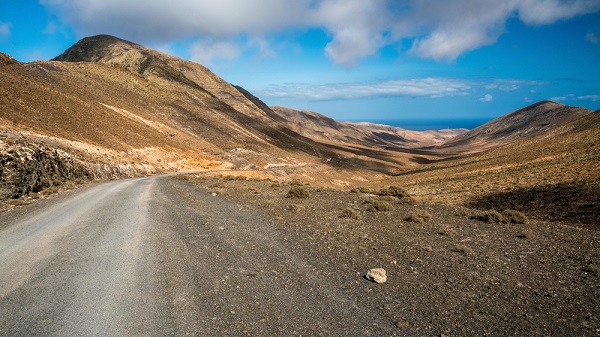 As rock collectors, we’re often times faced with the question of whether or not it legal to collect rocks from the side of the road.

How many times have you spotted excellent collection sites while driving down country back roads. I can’t count how many of those roadside cutouts I would have loved to stop at and take a look through.

But was it legal? That’s a good question.

As I was doing some research on this topic, I noticed that most of the forums and comments I could find had to do with people wanting to collect large rocks from the side of the road to use as major landscaping pieces.

That’s not what I’m referring to here. What I’m talking about is strictly hobbyist rockhounds. Can we keep the rocks we find?

Just a word of caution: Regardless of what I write here and information I share with you, it is ultimately your responsibility to know and adhere to the rules, regulations and laws in the area that you are collecting rocks.

Each state and local government will have it’s own set of rules and regulations regarding keeping rocks from roadsides.

As a general rule of thumb, any large rocks that are placed there by road crews as a means of erosion control or water control are 100% illegal to remove. They are there for a structural purpose and are private property.

But as rockhounds who intend to keep small amounts of much smaller rocks, I’ve found in my research that many states/counties will allow you to collect in roadside cutouts and ditches. It’s your responsibility to know before you go though.

Just assume that it is illegal to remove anything from these locations. Any state parks, county parks and federal parks all have specific rules regarding rock collecting, so you’ll want to check for each one. But you can just assume that collecting rocks on the roadsides in these places is not allowed.

Private property is pretty self explanatory. If it’s private property that you’re on, then you will need to obtain permission (written or verbal, but preferably written) to collect on the property.

For the most part, it is legal to collect rocks on public lands for rockhounds, including on the side of the roads and roadside ditches. However, there are limits and some regulation.

You are allowed to keep up to a certain amount (25 lb/day or 250 lb/yer at time of this writing) if you are collecting for your own personal use.

If you’re collecting for landscaping or with intention to sell, then you will need to obtain a permit to do such activities on public land.

For more information on rock collecting on public lands, read my post: Is It Legal To Rockhound On Public Lands?