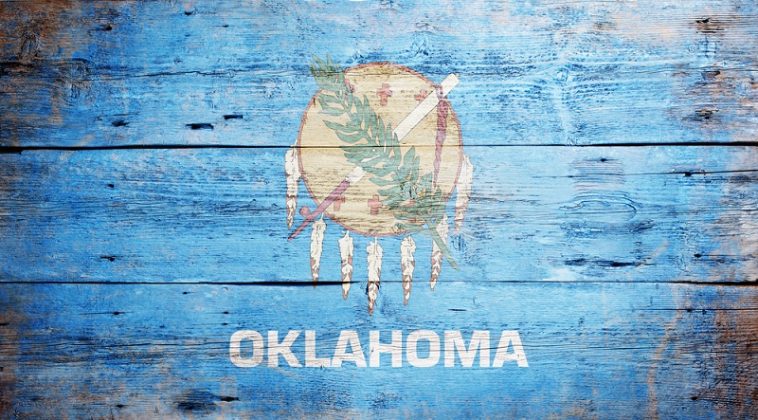 Oklahoma is a state of diverse climate, topography, and geologic history.  That history has resulted in some unique opportunities for those of us that enjoy rockhounding.  Oklahoma is the only place in the world to find some rocks, minerals, and fossils.

Rocks and Minerals Found in Oklahoma (And Where To Find Them!) 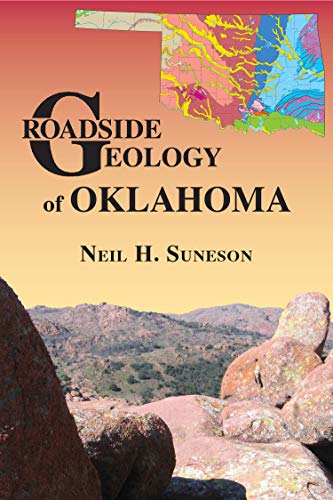 Roadside Geology of Oklahoma Check Current Price
We earn a commission if you click this link and make a purchase at no additional cost to you.

Gypsum is one of the most common minerals in Oklahoma.  So, it is no surprise Oklahoma is one of the nation’s top producers of gypsum.  Gypsum in Oklahoma is not only abundant, much of it is pure enough to be considered food grade and is used to supply calcium additives for food products.

Another locale famous for its gypsum is Great Salt Plains State Park.  This is the only place in the world that you can find hourglass selenite gypsum crystals.  The park is located 8 miles north of the small town of Jet in northwestern Oklahoma.

The park is also a national wildlife refuge.  Each year many species of migrating birds stop at the refuge by the tens of thousands.  The area is considered critical habitat for the Whooping Crane during migration.

This has an impact on access to the park for digging selenite crystals.  The crystal digging area is closed from the middle of October through the end of March each year in deference to annual bird migrations.  The rest of the year, the park is open for individual collecting.

The crystal digging area is located on salt flats at the southwest side of the park.  Come prepared with sunglasses and plenty of sun protection.  A little patience and some digging should produce some nice crystals.

No permit is required.  Each visitor can remove up to 10 pounds of crystals plus one large cluster of crystals.

Another mineral form that is unique to Oklahoma is the barite rose.  This has been designated as the state rock of Oklahoma.

Barite roses consist of barium sulfate crystals arranged in a radial or rosette pattern.  This radial pattern produces a crystal form that resembles a blooming rose.

Just as the selenite hourglass crystals incorporate clay into their structure, barite roses incorporate sand particles.  The roses are about equal parts barite and quartz sand with enough hematite to give them their pale red coloration.

Barite roses have been found within soils that have developed on the Garber Sandstone.  Their presence has mainly been confined to a zone trending from northeast Oklahoma City southward to Lexington.  The town of Noble has been recognized as a popular spot to find the roses.

Most or all the popular private collecting locations have been closed for years.  However, you might still have some luck along the southeast side of Lake Stanley Draper or near Denver Corner on the north side of Lake Thunderbird.  It may also be worthwhile to check roadside ditches in this area and near Noble.

In Oklahoma, petrified wood occurs in two basic forms.  First, as pebbles or cobbles in river gravels. Second, it has been found in place within the rock formation in which it was originally formed.

In Oklahoma, silica is the mineral that most commonly has replaced the woody organic material.  Some fossilized wood in Oklahoma was formed from some of the most “primitive” tree species known.  However, most petrified wood in Oklahoma is found in strata considered to be much younger.  Most of this wood is from conifers or similar trees.

Geologically older petrified species of wood are more likely to be found in southeastern Oklahoma.  Look along shale outcrops (Woodford Shale).  Geologically younger wood in the region generally north of Interstate Highway 40 (I-40) has been found in association with coal beds.  Outcrops or former coal strip mines in Okmulgee County might produce results.  South of I-40, check shale outcrops for petrified wood.  The Ada area in south-central Oklahoma has been known as a good location.

A cherty aggregate known locally as Boley agate has been used to surface some county roads in Seminole County.  Examples of this reddish-brown conglomerate may be seen in a zone trending from about Boley in Okfuskee County, southward toward Ada.

Some have had success west of the town of Sasakwa.  Check roadside ditches or outcrops.  Look for a banding of colors or a waxy, glossy appearance.  Some may show some translucency.  A splash of water may help bring out colors and make it easier to identify the rock as agate.

The tri state lead district in northeast Oklahoma has historically been the source of some fabulous specimens of galena and sphalerite.  Commercial mining in this area ended back in the 1960s.  Pitcher, Oklahoma was home of one of the largest and most long-lived of these mines.  The town has been abandoned since 2009, a result of environmental impacts from tailings piles and a local tornado.

Some amazing fossils have been found in Oklahoma.  We have dinosaur footprints preserved near Black Mesa in the northwest corner of the panhandle.  Oklahoma’s state fossil is the Saurophaganax maximus, a very large bipedal predator.  Fossils of this species have been found only in Oklahoma.

Most of the fossils likely to be found by casual hunters are invertebrates.  One favorite is the trilobite.  Several species of these arthropods have been found in the state.  Perhaps some of the best specimens have been found in Coal County in south-central Oklahoma.  Outcrops or quarry sites near the small town of Clarita have been reported to be worthwhile stops.

Crinoids are another popular and abundant fossil.  Limestone road cuts in Tulsa County have produced many examples; some with calices.  Stems and fragments should be very common.  A little further south, you might check the spillway at Greenleaf Lake, southeast of the town of Braggs.  If you are looking for trilobites in the Clarita area, also keep an eye out for crinoid fossils.

When you think of the top rockhounding states in the U.S., Oklahoma may not come immediately to mind.  However, we do have some unique and interesting rocks, crystals, and fossils.  With diligence and persistence, you may carry home something that can be found nowhere else. 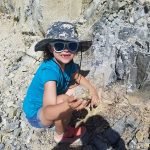 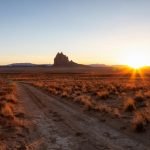