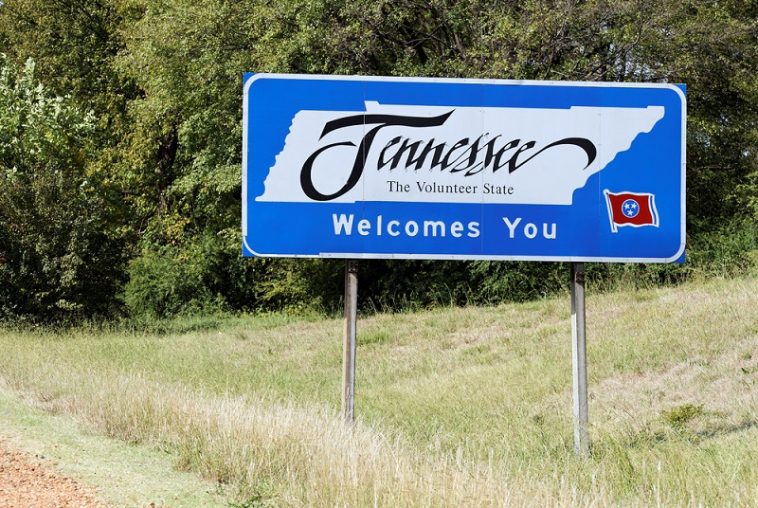 Did you know that Tennessee is home to over 70 commodity minerals, 185 valid minerals, and over 40 types of rocks! And that’s in addition to the countless types of fossils found in Tennessee, including the remains of prehistoric animals and Amber!

This article guides you through some of the best, and most accesible rockhounding sites in Tennessee so you can start looking for semi-precious stones, minerals and fossils right away. Let’s get right into it!

The Cumberland Plateau is one of the most scenic locations in the United States. Along with incredible state parks, this area is home to a number of multi-colored agate with moss, plumes, fortifications, and eyes. You can also find quartz, pyrite sphalerite, galena, fluorite, calcite, gypsum, barite, and celestite in this location.

Lying between the Appalachian Ridge and Valley region, the Cumberland Plateau is said to be the largest hardwood-forested plateau in the world. As such, it has a wealth of biological and historical treasures.

In the early years, this location was occasionally used for coal mining and timber harvesting. Today, however, the Cumberland Plateau is largely used for recreational purposes, further made accessible by all-terrain vehicles and large camping grounds.

Situated on the Cumberland Plateau is the Cumberland Mountain State Park. It was acquired in 1938 and was built to be a 1,7200-acre park for recreational areas for over 250 families.

Currently, there’s a combined total of 145 tent and RV campsites in this area, all with hookups provided. Reservation is required in most campsites in the Cumberland Mountain State Park, so you may want to double-check the regulations of the location you’re traveling to before rockhounding.

According to locals in the area, the agates found in Horse Mountain have completely different geology than the agates found in Cumberland Plateau. For one, they’re more tightly banded and similar to Brazilian agate. They’re also classified as Ordovician-age sedimentary agates, predominantly limestone and dolomite.

Along with these agates, you can also find quartz, chalcedony, and carnelian in Horse Mountain.

There are no established trails in Horse Mountain, so be careful and never explore alone. The routes primarily rely on abandoned Forest Service roads, which further increases the chance of getting lost.

The closest camping ground in this location is the Horse Mountain Primitive Camp, which doesn’t have any access to toilets or hookups. No reservation or entrance fee is required, however, so as long as you bring your own RV and amenities, you’re sure to have a rockhounding success.

Fossil hunting along the shorelines of the lakes in Tennessee is best in late fall when water levels are low.  This is when crinoid fossils can literally be collected by the bucket full.

A sample of some of the specimens that can be found here are coral heads, chert nodules, crinoid stems, geodes, and horn coral. Your best bet for finding these fossils to collect will be along the shoreline or just below the water line.

North America has a long history of natural pearling due to its diverse and rich freshwater mussel resources spread across the country.  And Tennessee is no exception!

It also just so happens that freshwater pearls are the state gemstone of Tennessee.

The freshwater pearls that you can find in Tennessee are found in the many freshwater rivers and streams and tributaries flowing all across the state.

The Cooper’s Gem Mine is a tourist attraction site found in Blountville, Tennessee. For a small entrance fee, young miners and aspiring geologists can come to this mining facility to dig up mine ore.

Along with multi-colored quartz, you may find a number of emeralds, garnets, and other gemstones and minerals in this mine site. It’s not the “authentic” rockhounding experience, but it’s a great place for families and young children to catch the rockhounding bug!

The facility has everything you need to get started, including buckets, shovels, and the like. Everything you find, you keep! There are also places to eat, drink, and rest.

If you find yourself in Blountville, Tennessee, make sure to stop by the Cooper’s Gem Mine site. It’s a wonderful place to relax and enjoy, plus it’ll allow youngsters to tap into their treasure hunting abilities.

This dig site is open all-year-round, but it’s best to visit anywhere between spring through fall to avoid extreme weather conditions during summer and winter.

Located in Ducktown, Tennessee, the Burra Burra Mine is a type of copper mine located in the southeastern United States. During its 60 years in operation (between 1899 and 1959), over 15 million tons of copper ore is said to be extracted. Today, the Burra-Burra Copper Mines is listed on the National Register of Historic Places and is home to the Ducktown Basin Museum.

Scattered about the Burra-Burra Mine site are abandoned old hoist houses, boiler buildings, machine shops, and powder houses, making those who visit feel like they took a trip back in time.

According to geologists J.F. Drexel and W.S. McCallum, over 150 rock samples can be found in this location. Collecting inside the mine is strictly prohibited, but several geodes and quartz can be found in nearby areas. You can also find chalcopyrite, pyrrhotite, garnet, pyrite, and actinolite.

Although you can’t enter the mines due to safety hazards, you can still enjoy nearby museum exhibits that are open all year-round. There are approximately 16 structures remaining on the site, all of which are a sight to behold.

Located in Monroe County, Coker Creek is known for its abundance of gold. Since the mineral’s discovery in 1831, recreational gold prospectors would still occasionally visit this location for gold mining and panning.

Much of the creek is private property, so if you’re interested in panning for gold and several other valuable minerals, you’ll need to contact the Gold Prospectors Association of America (GPAA) to gain access and membership. Once you get a general feel of the area, there’s a good chance that you’ll be able to find more gold.

Most gold in this area is fine-sized, so it’s unlikely that you’ll make a fortune while panning and rockhounding in this location. However, it’s a great way to spend an afternoon if you want to experience the thrill of gold mining.

Other than gold panning, Coker Creek is a great area for hiking, camping, and nature viewing. There are over 200 different campgrounds in this area, all of which have varying access to water and camp amenities. Cherohala Mountain Trails Campground and the Hunt’s Lodge are two popular campground sites with terrific locations and scenarios.

On May 31, 2000, a group of road crew found uncommon and unusual bones and decided to bring them back to the Tennessee Division of Geology. They have recovered both invertebrate fossils and vertebrate fossils.

Astonished by this discovery, geologist Martin Kohl decided to visit the location and was quickly dubbed to be one of the most important Miocene age fossil sites in the State. Later, this location was called the Gray Fossil Site.

Although primarily a fossil site, there are a number of rocks that can be acquired in this area, including several geodes and quartz. Best of all, you can bring any of the fossil, mineral, or rock you found to the Gray Fossil Site museum to have it displayed and studied.

The Gray Fossil Site requires either a ticket or membership fee. Members are allowed to partake in several on-site digging events, giving young aspiring paleontologists and geologists the chance to make a discovery of a lifetime.

The museum and fossil site can be found north of Johnson City, Tennessee. Once you take highway 23, turn left on Sunset Drive.

This is a rockhounding location in Tennessee that you’ll want to visit during the winter months to have decent success. That’s because every winter, the county lowers the water levels in the lake which exposes the specimens that would otherwise be covered.

Things you’ll find in this Tennessee rockhounding site are double terminated quartz crystals, hematite, quartzite, and fossils in limestone such as brachiopods, snails, and trilobites.

Another popular gemstone you’ll find at this location are Douglas Lake Diamonds, which are actually quartz crystals. According to McRocks, “The term “Douglas Diamonds” was coined by area rockhounds many years ago because they resemble Herkimer Diamonds, the distinctive quartz crystals found in the Herkimer area of New York.”

Tennessee has its fair share of rockhounding opportunities. Spring through fall is the best time to go rockhounding in the state, as summers might be too hot and winters too bitingly cold.

In any of the sites mentioned, make sure to bring your very own pick and shovel, gloves, and collecting bag. Who knows, you might find yourself lucky and stumble upon a rare and precious gemstone on your hunt. Good luck! 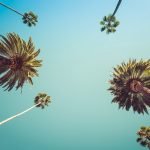 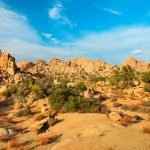