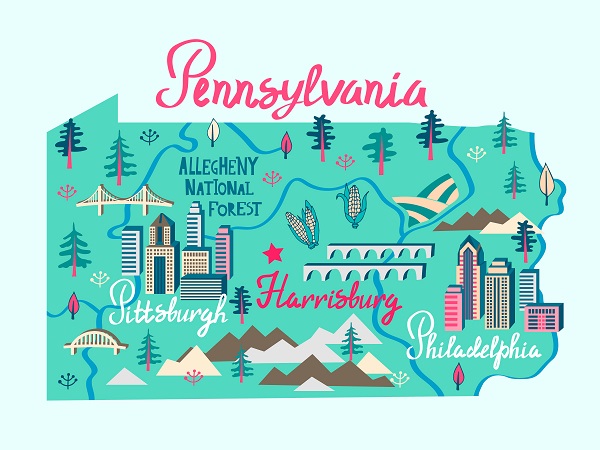 There’s a lot of incredible rocks and minerals that can be found in the state of Pennsylvania. So whether you live in the state, or are planning on visiting any time soon, you’ll want to be sure to check out these rock collecting sites in Pennsylvania.

Below are 5 rock collecting locations in the state that I recommend checking out. There are many other sites across Pennsylvania, but visiting these will give you a great start.

McAdoo is a woodland area in Pennsylvania, and it’s one of the best places for you to start your journey with rockhounding. The area has an abundance of clear quartz, and you can also find petrified wood and small concentrations of smokey quartz and amethyst in the area.

The quartz tends to be very easy to find. Some surface level quartz can be found, and large concentrations of it can be found right beneath the surface. So, you don’t need any complicated tools to bring home entire bags of quartz.

You don’t have to pay any fees to hunt for rocks in the wooded regions of McAdoo, but you should be very careful. During the fall and winter, hunters are out in droves to stalk the area’s whitetail population. You should probably avoid visiting the area during hunting season unless you have a basic understanding of hunting etiquette. Wear a bright orange vest and try to stay away from hunters if you do decide to head out during hunting season.

Due to the risks involved with this spot during certain seasons, and the lack of variety in geodes, means that more experienced rockhounding enthusiasts will probably be better served by visiting other areas.

The Historic Crystal Cave isn’t a free dig site, but it’s easy, and you’re almost guaranteed to find something worthwhile without having to break your back to pull it out of the ground.

The cave’s owners offer buckets of loose sediment that you can sift through for a modest price. There are a lot of different geodes for you to find, but you’ll mostly find different forms of quartz.

Historic Crystal Cave is a great place to go if you don’t have an entire day to go rockhounding, and the environment is friendly to beginners. However, you can find larger and more valuable specimens by heading out into some of the more remote locations on this list, and that’s probably a better idea if you’re a seasoned geode hunter.

Trilobites might not be as pretty as amethyst, jade, and other highly sought after rocks, but they offer a rare glimpse into the past, and they’re abundant in Pennsylvania’s Mahantango Formation.

Trilobites are the castings of fossilized marine life. They tend to be fairly small, but large specimens exist, and those can be quite valuable. Either way, a trilobite is a great addition to any rock collection.

You should be careful while collecting the fossils there, though. They’re hidden in layers of sandstone, and you’ll have to split those layers to find the fossils. If you’re not careful, you’ll destroy them.

If you’re in Pennsylvania, you’ll want to travel along the Mahantango Creek to find the formation. It’s free to the public, but you will need to have some basic tools to remove the fossils safely. The formation also extends into Maryland and West Virginia. So, you can visit those parts of it if you live closer to the state border.

Sadly, you won’t find many geodes at the formation. They’re there, but they’re typically buried deep beneath the surface, and they’re not as common as trilobites. If you’re looking for crystals and minerals, you might want to go somewhere else. This spot is for fossil hunters.

The Echo is an old mine system that was used by coal miners decades ago. The mine has been stripped of all its coal, but the miners left massive deposits of quartz behind. If you’re a seasoned vet, and you want to find large specimens for your collection, you’ll have to check out The Echo.

It’s free to enter, but you have to take care of your own safety. The area isn’t manned by a safety team or anything. You’ll also need to bring the proper tools for moving around in a mine, and proper rockhounding tools will be necessary to pull the quartz out of the walls.

There aren’t many other geodes in the mine. The main draw of the location is the size of its quartz. So, don’t expect to pull a variety of stones out of there.

The Echo is close to McAdoo, and it’s fairly easy to find once you enter the town.  I recommend only going as deep as you have to unless you have experience with mine systems.

This is more of a group of locations rather than one known spot. The entire southeastern portion of Pennsylvania is home to Triassic-era petrified wood. The wood isn’t as fancy looking as the stuff you’ll find in Arizona and Washington, but it can be used to make beautiful carvings, and it’ll look great in any collection cabinet. That makes it very valuable to whittlers and artisans.

You have to hunt for it on public land, though, and that can be a problem. Most of the land in southeastern Pennsylvania is private, and homeowners don’t typically like it when you go scrounging around on their property.

To find legal rockhounding spots, go to any public waterway or park, and try to dig around in the gravel next to riverbanks and creeks. That’s where most of the petrified wood turns up, and it’s perfectly legal for you to take it home with you. If you’re extra lucky, you might find some agate-based wood. It’s filled with small deposits that are amber in color, and they’re prized by hardcore collectors.

Check Current Price
We earn a commission if you click this link and make a purchase at no additional cost to you.
Next post 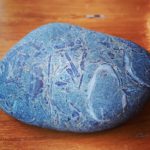