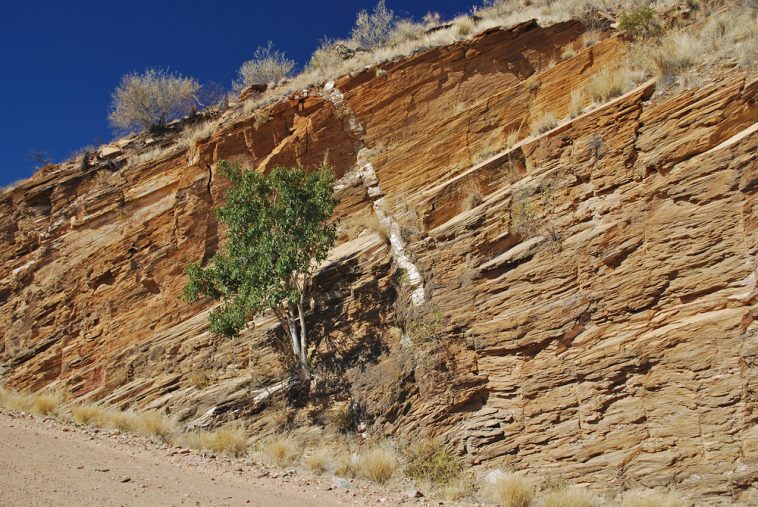 One of the first places old hands will tell you to look for stones is to start trying your hand around roadcuts. The only place recommended more often is dry riverbeds. The problem for newbies is identifying roadcuts, knowing how to dig, and making sure that they’re safe the whole time.

That’s where I come in. Let’s talk a bit about roadcuts, how to hound them, and making sure you’re safe during the trip.

Roadcuts are simply places where a lot of stone has been cleared in order to build a road. They’re usually created by blasting exposed stone so that equipment and workers can keep building a road without diverting.

Anywhere you see a lot of exposed stone on the side of the road, especially when it’s cliff walls, is likely to have been a road cut. Nature rarely creates a perfect canyon that can also fit a modern asphalt road.

The blasted rock tends to reveal any goodies that have been concealed in the destroyed bedrock. This makes them a hotspot for mineral collectors since they should have a good sampling of whatever is in the area.

The Legality of Hunting Roadcuts

Make sure that you know local laws about hunting roadcuts. Things are different from state to state, county to county, and even city to city at times.

Most places are willing to let people collect as long as they do so safely, but double-check. It can be a hefty fine if you’re not supposed to be down there.

Along the same lines: I’d avoid touching anything near the road, especially larger stones that may have been placed as improvised barriers.

Roadcuts aren’t a place to start hard rock mining either, that will get you in trouble in 99% of cases. Stick to collecting from the service and start a few yards from the road to avoid any problems.

What Equipment is Needed?

Roadcuts are pretty light rockhounding, especially if you’re used to having to dig. The majority of the stone that you’ll be able to search is already broken and above the ground’s surface. Still, there are a few things that you should consider bringing with you.

In most places, you can keep your kit light. Many people just search bare-handed, so don’t let the lack of a rock pick bother you.

Bring water as well in hot areas. Even with the car right there you can end up in trouble with high heat and dehydration if you’re in the sun for too long.

How Do I Find Road Cuts Near Me?

Most roadcuts look about the same: a highway or road passes through what used to be a solid hill. You’ve undoubtedly seen them driving around, they’re not an uncommon feature of American highways.

Google Earth is a good place to start looking for them.

One thing to be aware of: not every roadcut is a good location.

I once hiked a half-mile back from a parking spot to go dig through a roadcut. I didn’t find a single thing other than bits of limestone despite spending a few hours systematically searching through the stone. I would have had better luck just picking up random rocks out of the stream near where we parked.

Afterward, I realized there were some signs that there was nothing interesting down there.

Look for the following features in the stone when you’re trying to decide if a roadcut is good:

Experience is better than the above tips. There are some things you’ll learn to recognize if you stick with the hobby that is harder to describe.

With modern technology, we can actually organize our experiences easily. Regardless of your success, always take a picture of the surrounding rock. Going back over these later can help you determine what makes for a good or bad spot.

For safety reasons you need to examine the following as well:

So, the spot needs to be viable for rock collection and safe enough to allow for collection. And, of course, it needs to be legal to poke around roadcuts in your municipality.

It sounds like a tall order, but it’s fairly easy to find a good one in most areas. Do some scouting in the area before heading out. Google Maps’ street view is an excellent tool for scoping out roadcuts without driving to them and wasting time.

Safety in these areas is essential.

Bring a partner or friend when you’re hunting in these spots.  Spread out a bit when you’re stopped, that way if someone gets injured there will be another party there to handle things. A lot of good roadcuts are in remote areas, where you may not even be able to get cell service.

The biggest risk for most of these areas is simply cars. Stay alert, wear a high visibility vest, and never collect somewhere with narrow shoulders and blind spots. This will make your trip much safer.

Listen for vehicles while you’re hounding. If you’re not at least 5 yards or so from the road, then it’s a good idea to take a step or two further in from the shoulder while vehicles pass. In tight areas, you may need to get very close to the walls of the roadcut.

Be careful on roadcuts with steep slopes. Rocks can make things tricky when it comes to remaining standing. If a slope looks too steep for you… don’t go down it. Your personal level of risk tolerance is a big factor here, but don’t get overconfident. Sliding down a rock-covered embankment is, at best, a trip to the hospital.

Always find a good parking spot for your vehicle. Just pulling up on a narrow shoulder is a bad idea, especially if it’s a road that sees regular traffic.

Fauna risks are usually negligible but need to be evaluated on an area-to-area basis. It’s not just big critters to worry about either, it’s also what might be lurking in the rocks.

Most of my favored roadcuts, for instance, have a low-to-zero risk of hostile mammalian wildlife. All of them are still host to venomous spiders, scorpions, and rattlesnakes. Gloves will stop the first two, but I’m always looking out for rattlesnakes.

One spot has a lot of black bears so we avoid it during cub season. The rest of the year we bring a third person, have a plan, and carry appropriate countermeasures. We’ve never had to do more than yell at a curious bear until it left, but being prepared for that rare encounter is important.

Avoid cars and make sure to calculate any risks before you start collecting. And wear a high visibility vest, regardless of whether you think you’ll need it.

That said, if you’re able to make sure that you can do it safely… roadcuts are one of the best places to find rocks. There are very few opportunities for amateur rockhounds to access freshly cut bedrock. If you’re aware of your surroundings and pick a good spot there’s almost no risk involved.

So, hop on Google Maps and get searching. There might be an amazing collecting spot near you! 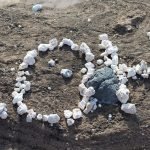 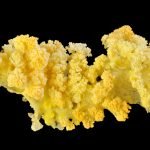