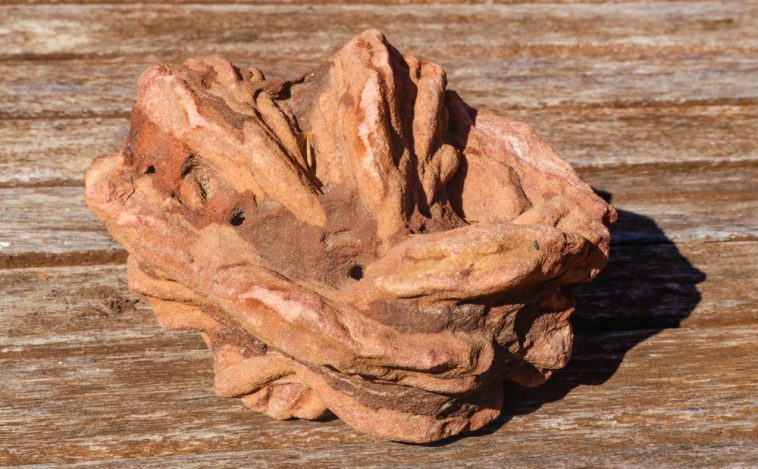 One of the most distinctive formations in the world, rose rocks are an incredible little natural wonder. Their coloration and form remind one of roses immediately, and they seem almost carved from the rock they’re made of.

But what are they? Where can you find them? Let’s dig in and I’ll teach you everything you need to know about rose rocks.

What Are Rose Rocks?

Rose rocks are a special form of the mineral barite. The crystals create a form very similar to a rose, with a dusty red color and individual blades appearing as petals. They can be found alone or in large clusters, depending on the specimen.

Rose Rocks are a very rare formation, found in only a few select locations. The working theory is that they were formed as barite precipitated out of an ancient sea, surrounding bits of silica sand and growing from there.

Rose Rocks are sometimes called Desert Roses, but Desert Rose also refers to a similar formation of gypsum or barite. They can be quite similar, but the red sandstone that makes up Rose Rocks is part of both their defining structure and their appeal.

Rose Rocks don’t always resemble perfect roses. The crystal blades can spread in strange directions. That said, the ones which resemble a rose are undoubtedly the most popular and highly sought after specimens.

The reddish color is actually imparted by hematite, the source of much of the red in the mineral world. It appears the color for the various types of Desert Rose all come from the soil. Rose Rocks just happen to grow in iron-rich sandstone.

Rose Rocks are highly sought-after by collectors, and the exact formation only appears in quantity in one place in the world. There’s a strip across Oklahoma where they occur in the red sandstone, but the majority are found around the lake shores of the state.

Rose rocks are often ascribed to a “Cherokee Legend” attached to them. It has to do with the Trail of Tears, the idea being that the blood of the men and the tears of the women along the journey formed these stones, as the Creator looked down and saw their sorrow and courage.

It’s a great legend, and while it doesn’t explain the origin it’s another reason these stones have become so popular.

Why Do They Grow This Way?

The exact formation of these crystals is still questioned.

One of the working theories is that they’re caused by groundwater movement through the host sandstone. The crystals of barite form as the water evaporate, trapping along with them the sand that was created by the water’s erosion.

It’s a good theory, but other theories hold that these rocks are still in the process of formation.

While Rose Rocks are all made of barite (BaSO₄), the wider family also includes gypsum formations. Gypsum precipitates out of water in most formations, as does barite, and both form bladed crystals.

In any case, the formation of these stones isn’t known 100% and remains a bit of a mystery. We have some knowledge of how but not why these formations only occur in one stretch of Oklahoma instead of being common in areas with sandstone and barite formations.

Where Are Rose Rocks Found?

There’s no real “and” here. The only appreciable formations of these stones appear in the state of Oklahoma, with the area around Noble being considered one of the hottest spots. These stones are rare in the grand scheme of things, although their price doesn’t reflect it.

There are small formations that have been found in Egypt and Arizona, among a few other areas, but they’re even more of an oddity than those in Oklahoma.

They appear to run in veins underneath the hardened earth. Few people seek them out in quantity, but those that do note that you’ll find thousands of them in a few cubic meters and then not find anymore for miles.

That said, there are a few publicly accessible places where the enterprising rockhound could go to find their own. Among them are the areas surrounding noble and the Southern shore of Lake Stanley and the general Oklahoma City area.

Actually, most of the central Oklahoma lakes appear to have some level of rose rock formation. The majority of rockhounds have noted they’re much easier to find when the lakes have a lower water level, so it may be best to take a look during the summer.

The Law And Gathering Rose Rocks

Rockhounding laws always seem to leave us in a bit of a tizzy. They vary by who owns the land, the state, and sometimes even the individual bit of land.

Oklahoma is no exception. Fortunately, no one really seemed to know the law. It appears the law was modified near Oklahoma City, but no record of anyone ever being cited for collecting the stones was available.

The law there was changed to allow an individual to collect six specimens per day. That’s not to say it’s a free-for-all. Make sure to check for county ordinances if you’re planning on collecting some rose rocks.

Finding Rose Rocks isn’t as much of a problem as you’d think. They’re not commercially exploitable to a large degree (even with their rarity you’ll find smaller specimens for under $5) so there are only a few large-scale digs. These digs are done on privately leased land rather than the public land most people collect from.

So, all you need to do is track down where other people have found their rose rocks and take a look. The majority of the places they are found are surface-level, but if you dig into these areas you can sometimes find better specimens under the surface of the earth.

Hard dirt appears to host better specimens, according to some prospectors.

The good news? If you have the time and opportunity to take a trip to Oklahoma you stand a great chance of scoring a few rose rocks for your personal collection.

And aren’t the hand-collected specimens always the best? 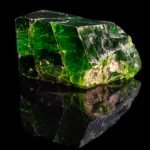 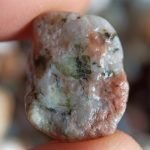