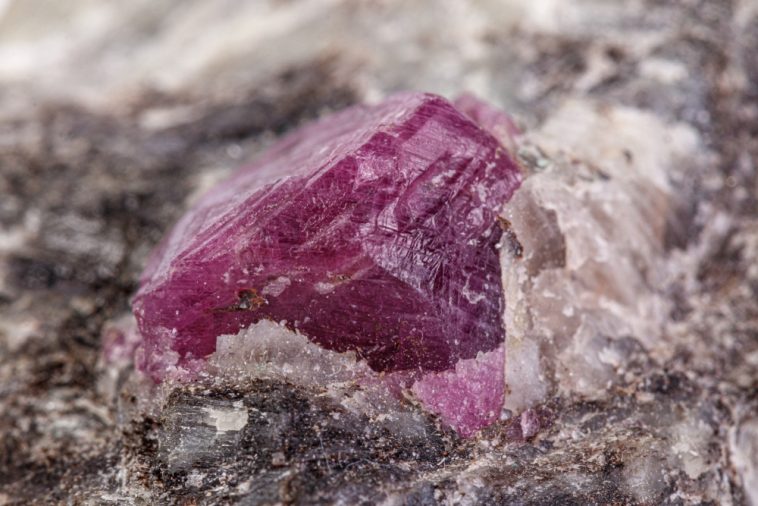 (Join The Rock Seeker Club To Read This Article Ad-Free)

Rubies are one of the classic gemstones, brilliant red and enchanting. The name itself has even come to be used for saturated reds, such is the influence of these stones. These rare stones are found in many places across the world, and some people have even taken to collecting them!

So, let’s dig into the meat of the matter with our guide to collecting rubies.

What is a Ruby?

Rubies are a red form of the mineral corundum, colored with chromium. While chromium often produces a brilliant green color (ie: emerald, chrome tourmaline, chrome diopside), in this case, it produces a scarlet.

Corundum itself is an extremely hard mineral, surpassed only by diamond. Chemically, corundum is aluminum oxide, colored by traces of different metals. All corundum that isn’t red is referred to as sapphire, so a green corundum crystal will be called a green sapphire. Reds are, of course, our rubies.

Rubies can be natural or synthetic. In the latter case, large crystals are grown or “pulled” before being cut. These spires of corundum are referred to as boules in the trade, and they’re readily available for those who want to give them a shot.

Rubies are one of the classic gemstones, held in equal esteem to blue sapphire, emeralds, and diamonds. Ruby itself can be quite expensive in the higher grades, often out of the reach of normal collectors.

That said, there are some types that can be found easily enough and added to your collection without breaking the bank.

What Types of Ruby Are There?

Rubies are sometimes differentiated by their color or origin, but the first thing you need to do is separate them into gem grade and other grades.

Gem-grade material will be translucent, with few or no internal fractures. Rubies are often included, and mild inclusions are considered acceptable for stones destined to be cut into faceted designs. Gem-grade material is expensive, even as rough crystals.

However, corundum also forms into rocks. Rocks, as opposed to minerals, are masses of different minerals pressed together to form a single mass. In some cases, ruby will form masses by itself, leading to a scarlet to pink rock that’s opaque. The opacity comes from impurities and internal fractures and inclusions.

Among these, the most prized are star rubies. Star rubies can be quite expensive despite possessing qualities that would normally leave you with a cheaper stone, but the included rutile as a surprise. When the light hits the stone correctly, and it’s been cut properly, it will display a six-rayed star where the rutile inclusions are present.

Star rubes are always cut en cabochon, or in a dome shape, in order to bring out this quality.

In others, ruby will form with stones to create some of the most beautiful rocks out there. Ruby in zoisite, for instance, shows up as a pink mass against the green backdrop of the zoisite. You can also find it massed with fuchsite and kyanite, which form blue backdrops against the ruby’s red color.

These stones are readily available for collectors.

On the other hand, we also have gem-grade material which is differentiated. Rubies from the same region often share many of the same characteristics, including the inclusions and coloration of the stone. The following is an incomplete list of the generally accepted types:

There are many, many subclassifications from here. As a collector, you’ll most likely be able to track down the source of your ruby.

Yes… and no. It largely depends on the type of ruby and its quality. While rough ruby with pink color and tons of fractures and inclusion is quite cheap, prices go up as clarity, stability, and color increase.

Smaller star rubies are probably going to be at the very top of most collector’s price range, with 10mm stones going for roughly $30-50 or so.

The various types of rock ruby, such as ruby in zoisite, are much cheaper and very affordable. Rough crystals can also be found and be quite cheap depending on their quality. Much of this material comes out of places in Africa that don’t have the quality demanded by the fine jewelry market.

Once you get into gemstones your options will be much more limited. Faceted and cut rubies of gem quality will run at least $1,000 per carat and the price only goes up from there.

However, not all hope is lost if you’re just looking for a stone to collect. Synthetic rubies are chemically identical in overall composition and can be had for much lower prices. While they may not come directly from the earth they can have great colors and often have much higher transparency than those found with a more natural origin.

Where Can I Find Rubies?

If you’re living in the Americas and want to find a ruby… well, good luck. They’re a very rare find on this side of the planet, but they do crop up in some places.

Montana is one of the better locales, producing world-class sapphires of different colors. Occasionally rubies are found among the other colored corundum, but they’re not a regular feature of the area. Rubies are also found in other states with decent amounts of sapphire, including the Carolinas and Wyoming.

The only place which regularly pulls rubies from the earth is the Cherokee Ruby Mine which is open for fee digs if you’re interested. It’s a placer mine, meaning that you’ll be going through gravels and sands in your hunt for the crimson stones.

How to Detect Fake Rubies

Rubies are easy to detect when they’re fake. It’s altered rubies and synthetic ones that will trip you up when you’re buying. The extreme hardness of ruby means that you shouldn’t be able to scratch it with any steel tool.

Since glass is often a bit harder than a knife, your best bet is to scratch a quartz crystal, agate, or similar stone. Glass will leave behind a streak, while ruby will leave behind a scratch. While some less scrupulous gem dealers may try to pass off a garnet or other red stone as a ruby, these will be detected in the same way.

Spinel can sometimes be substituted for ruby and is harder to detect, owing to the higher hardness at 7.5-8.0 on the Moh’s scale. Hardness testing with proper picks or a piece of beryl will give you a good idea. In most sizes, spinels aren’t much cheaper than rubies so it’s an unlikely swap to run into.

Indeed, many of the famous rubies of the past have turned out to be red spinel.

Glass-filling is a common practice with rubies, filling in fractured material with lead glass to increase the stone’s transparency. This requires a microscope and a trained eye to detect.

Synthetic rubies will generally be much more transparent than natural rubies. If a ruby seems to have a price too good to be true and tests out as corundum then you may have a synthetic on your hands.

When buying rubies online be careful. Use only channels you trust and only make payments through services that will let you tag the owner for fraud like PayPal. It’s not impossible to get a good deal on a ruby, but be wary of anything that seems cheap.

Any other detection, and appraisal, will need to be done by a gemologist. Just make sure they have GIA or IGS certification so that you can rest assured they know what they’re doing. 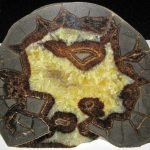 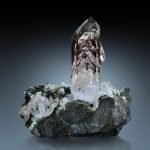