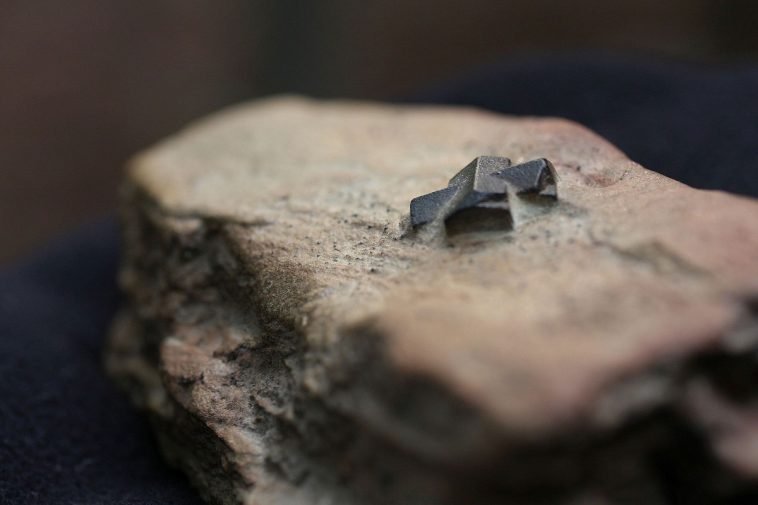 Staurolite is a fascinating silicate mineral. While its properties aren’t the most interesting, it’s the formation of the crystals that makes this mineral a favorite among collectors. But there’s a little bit more to it than first meets the eye.

So, let’s get into it and discuss the ins and outs of staurolite in our guide!

Staurolite is a silicate mineral mainly known for its crystal formation. The occasionally used name “Fairy Cross” is quite accurate, as the twinned crystals often form at distinct right angles ot each other. This creates a cross that can be seen in most specimens of the mineral.

Staurolite itself is a simple mineral. It has a hardness of 7.0 on the Moh’s scale and is usually a reddish-brown to black color depending on the location and the individual crystals. As a metamorphic material, it’s often found alongside stones like almandine garnets and kyanite. It usually occurs in mica.

Staurolite is a bit strange in the mineral world.

Many of our favorites still have some sort of use. Minerals are used widely in chemical and industrial applications, with some perennial favorites having to compete between samples and use as ore or chemical reagents.

What is staurolite used for?

Nothing. It’s a relatively inert mineral that’s only of interest to geologists and mineral collectors.

Most staurolite crystals are relatively small and they may not make the impression of being a cross at those sizes. Instead, you’ll simply have a mass that looks like two crystals are fused together at close to a right angle.

In addition to the normal cruciform crystals, six-rayed “stars” are also found on rare occasions. These are highly prized, especially if they’re well formed and the crystals are longer.

Staurolite is a red-to-black crystalline silicate mineral that forms in pairs of prismatic crystals with right angles. The name Fairy Cross seems apt, especially if you have a great example of the mineral.

How to Remove Staurolite From Matrix

Developing mineral specimens is always a matter of personal choice. Many people prefer to liberate their staurolite from the matrix it was found in entirely, but you can also keep portions of it depending on the method you used.

There are two main methods used to clean off excess matrix.

Mechanical methods are preferred in this case. You can use chisels and/or sandblasting to remove the matrix from your sample.

A good chisel and hammer, with a bit of care, can liberate a sample with most of the matrix removed. It’s time-consuming but it’s also one of the safest ways to get crystals out of their matrix.

It’s often not a bad idea to chip the matrix out and leave some on the crystal as a base. A lot of collectors prefer to have some of the host rock along with their samples.

Blasting the crystals with a sand blaster is a good option to remove mica. Glass beads are the preferred medium in this case since they lack the hardness to scratch the staurolite but have enough to remove the host rock. This is a great way to clean up a specimen after it’s been liberated from the host.

Be careful if you choose to use other blasting mediums, as many of them will do damage to the exterior of the staurolite.

Chemical methods are ineffective for removing mica. To remove anything that you can’t get with sand blasting, or to clean a chiseled specimen, you’ll need to put in some elbow grease.

While you can’t dissolve the mica and leave the staurolite intact, you can use household hydrogen peroxide and a wire brush to remove the last bits of stone from the staurolite crystals. It’s the best way to be sure.

Is There Fake Staurolite?

Staurolite crystals are worth a surprising amount, which opens the market to fake stones being sold as Fairy Crosses.

There are two kinds of fake staurolite:

A lot of the staurolite specimens seen on the market are imperfectly formed samples that were later ground down to make a perfect right angle and remove any unsightly bits on the exterior of the crystals.

Detecting altered crystals is tricky, but anything with perfect faces at a 90° angle is suspect. You can often see marks from sanding or grinding, but these will also look very similar to the natural striations present on some specimens.

If you’re a purist, your best bet is to find or buy a specimen that is still in the matrix to be sure that it’s not altered. These altered crystals are relatively common, especially in tourist areas.

The other form of fakery is worse. On occasion you’ll run into “staurolite” that’s simply carved sandstone or soapstone. The similar coloration and people’s general unfamiliarity with minerals make these an easy sell.

They’re also easy to detect. The hardness of any fake staurolite is going to be well under the 7.0 that the mineral naturally has. If it looks perfect, has a very smooth exterior, or just looks a bit off… test the hardness. Most fakes also have less density than real staurolite.

Where Can I Find Staurolite?

While perfect staurolite crosses are rare, you can find staurolite in quite a few places if you know where to look.

Staurolite can be found in the majority of states, but the biggest concentrations of it are along the East Coast. The states that seem to have the most are:

In these areas, staurolite crystals can be found in local metamorphic formations. Staurolite is often found when mining for other minerals due to its close association with minerals like kyanite and garnets.

Breaking down larger chunks of mica in areas that are known to produce staurolite is your best bet. With some care and a big hammer, you can chisel into the layers and force them to show you whatever is inside.

Staurolite can be difficult to recognize if you’re new to crystal collecting due to its nondescript color. Not every crystal will be twinned either, staurolite sometimes occurs as single crystals.

Digging for it can be hard work but it’s very rewarding. As a bonus, anywhere that staurolite has formed there’s sure to be other metamorphic crystals as well.

It’s pretty hard to return home empty-handed as long as you chose your spot wisely! 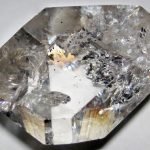 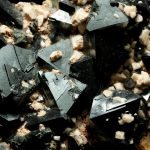