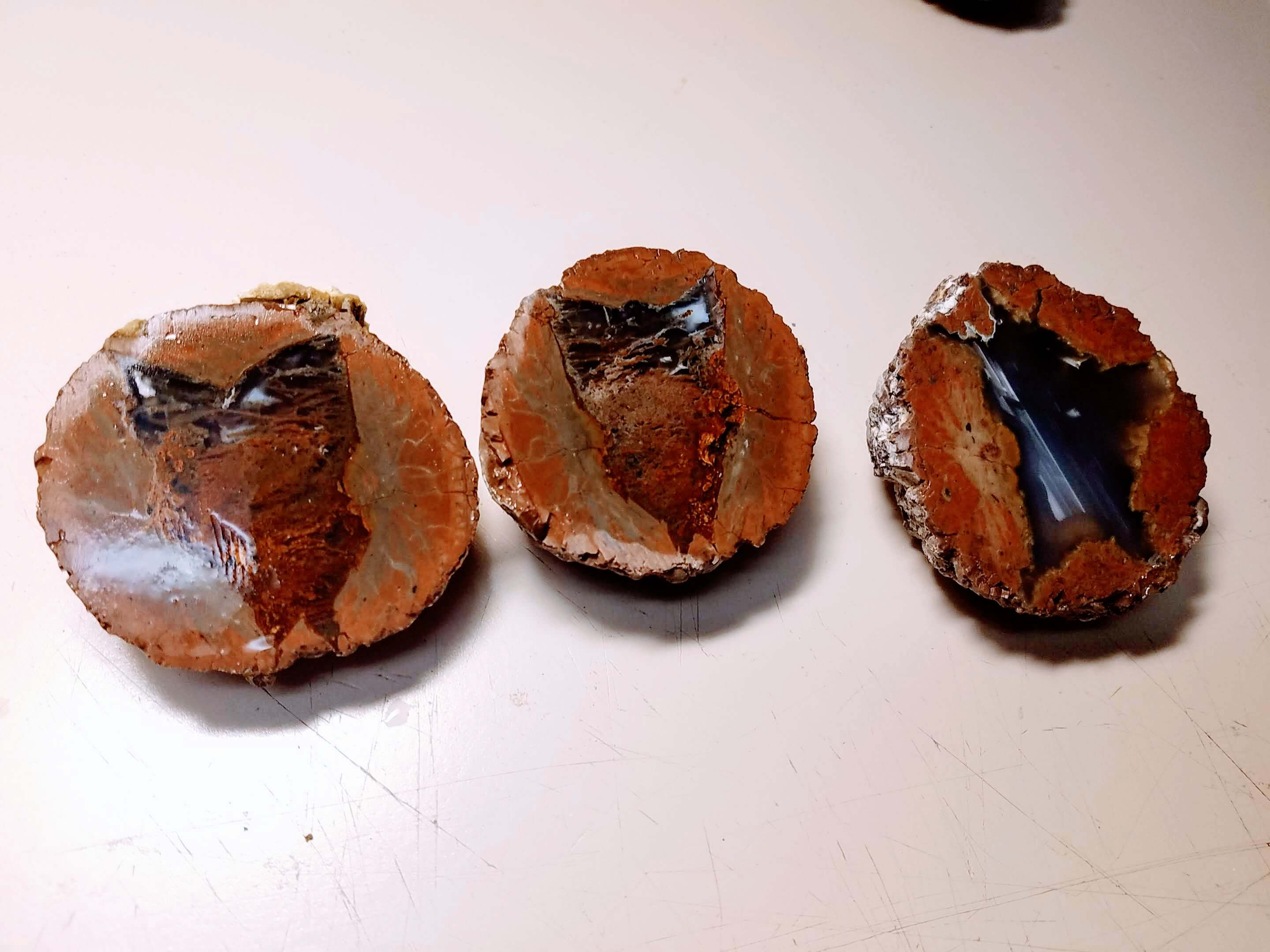 Thundereggs are a prized geologic formation due to their beautiful cores contained within a rough outer layer. Similar to a geode, a thunderegg is a hollow rock which has been filled with mineral deposits. However, think of a thunderegg as a “geologic structure” and not an individual rock or mineral.

It is the combination of rocks and minerals in the right circumstances that converge to create the beautiful thundereggs that are so coveted by rockhounds and collectors.

Generally found in sizes ranging from golf ball sizes to softball sizes, their inner contents are usually characteristic to the specific site. Thundereggs are unique in that they are formed only in flows of rhyolite lava.

Related: How To Cut and Polish Thundereggs

How Are Thundereggs Formed?

Being a geologic structure and not a pure mineral in itself, thundereggs are formed when a variety of factors are present.

To begin, a hollow in a rock must form. This occurs most often when gas bubbles form in rhyolite lava flows. As the lava cools, a hollow of gas is trapped in the rock.

Over thousands of years, small fractures in the rock allow for the deposition of mineral laced waters to seep into the hollow void. The mineral deposits continue to collect within the hollow void over the years. Eventually, a center core of chalcedony is formed, which is also laced with other minerals such as jasper and agate.

With the appearance of an average looking rough rock on the outside, a careful slice and polish will reveal a hidden core of beautiful mineral deposits.

Depending on the minerals present in the area, the inner core of thundereggs can vary significantly from region to region and site to site. Different temperatures and fluid compositions would  account for differences in color texture within any given thunderegg.

How Old Are Thunder Eggs?

It would be near impossible to say how old any one thundereggs is, without extensive chemical aging techniques. Though to make a thunderegg, is a process which takes millions and millions of years.

It is estimated that the thunderegg containing rhyolite lava flows that are found across much of Oregon, the capital for thundereggs, are around 60 million years old. However, other thunderegg sites have been estimated at 10-20 million years old. Regardless, the time it takes for minerals to accumulate and deposit intricate and beautiful patterns inside of a hollow rock is a very slow one.

Difference Between A Geode And A Thunder Egg

While a geode is essentially any hollow rock with mineral deposits contained within, a thunderegg is a specific type geologic structure indicated by the presence of certain mineral deposits. Thundereggs form only in rhyolite lava flows which contain the correct set of parameters.

Geodes will often contain a crystalline matrix of crystals. However, Thundereggs generally contain a more solid center structure consisting of various mineral deposits. The beauty of thundereggs is often enhanced by cutting and polishing cross-cut disks from the thunderegg.

Read my article Thundereggs VS Geodes for a more detailed look at the differences between geodes and thundereggs.

Where To Find Thunder Eggs

Thundereggs can be found in localized areas across the world where optimal conditions exist. Some of the best known thunderegg spots in the world are located in Germany and in Oregon.  The thunderegg is even the state rock of Oregon!

Where To Find Thunder Eggs In Oregon

To find the state rock of Oregon, many free sites along with some pay-to-dig sites exist most densely in the central and southeastern regions of the state. Some of the pay-to-dig sites on private lands hold the highest quality and most coveted thundereggs.

A quick internet search should yield many different ranches that allow thundereggs to be dug and collected for a small fee. For novice collectors, this can often be the best way to get into finding these unique rock formations in the state best known for them.

If seeking out thunderegg sites on public land is more your style, there are many free collection locations on public lands. When collecting rocks on public lands, most groups hope others will subscribe to a code of ethics to preserve the lands and keep rock collection sites from closing down from negligent abuse.

Such practices include no trespassing, no explosives or mechanized equipment, only excavating to 4 feet and being sure to fill in the holes, collecting whats needed and nothing more, and packing out all that you may pack in.

Available In Your State!
Rockhounding Oregon: A Guide to the State's Best Rockhounding Sites
$19.95 Buy on Amazon
We earn a commission if you click this link and make a purchase at no additional cost to you.

Harney County in southeastern Oregon is host to a few public land sites managed by the Bureau of Land Management that are open to collecting. A few hours south of the town of Burns, there are several adjacent sites that rock collectors can not only find thundereggs, but also geodes, petrified wood, jasper, and agate.

On the east side of Steens mountain, near Mann Lake, collectors can use shovels and rock hammers to search for and collect the lot of these rocks and minerals. South of Mann Lake, rock hounders also flock to the areas around Pike Creek to collect thundereggs.

Further to the south, Borax Lake is also host to petrified wood, agate, and a lesser amount of thundereggs. Being public lands managed by the BLM, there are disperesed camping sites and some developed campgrounds throughout the area to serve as a basecamp for your rockhounding excursions.

In central Oregon in Crook County, the Ochoco National Forest is a favorite area among rock collectors to look for thundereggs. Northeast of the town of Bend, there are several collection sites on this National Forest; some being private pay-to-dig sites, but also a few free public land sites.

White Rock Springs and White Fir Springs are two nearly adjacent sites on public lands managed by the U.S. Forest Service. Both of these sites contain not only jasper thundereggs, but also some different types of agate. These sites are accessed via state highway 26 east of Prineville, Oregon. At milepost 41, Wildcat Mountain Road (NF 3350) heads to the north and both of the sites are within a few miles and are well signed.

The most popular pay-to-dig site in central Oregon is without question Richardsons Rock Ranch in Madras (call before going to see if open for digging). This private thunderegg dig site produces tons of thundereggs for the casual and serious rockhound alike.  The ranch boasts of 6 different dig sites, each of which is increasingly more difficult to dig.  One dig site even requires the use of high clearance 4 wheel drive vehicles.  While some of there easy dig sites are suitable for families with young rockhounds.

Where To Find Thunder Eggs In Washington

Despite Oregon being the hot spot of the western U.S. to find thundereggs, other states, including Washington, contain concentrations of thundereggs. Like Oregon, in the state of Washington you also may find a mixture of pay- to-dig sites along with sites located on public lands free and open to responsible collection.

Rockhounding Washington: A Guide to the State's Best Sites The Little Naches River bed has several sites with high densities of thundereggs and is located on public lands. Located northwest of the town of Yakima, this is a well publicized site open to public rock hounding and collection. Along with thundereggs, a variety of crystals are also regularly found in this area.

While a few sites exist that are well known and sought out sites by collectors, to a curious rockhound, these thundereggs can be found just about anywhere in this area. Some of the favorite and more popular sites include dig sites that have previously upturned earth. These digging sites are fairly noticeable due to all the disturbance and contain ample parking around them.

Other Locations To Hunt For Thunder Eggs

It is without question that Oregon and close behind, Washington, remain the hotspots for thundereggs within the U.S.  With a little bit of research through books and the internet, you can find thundereggs all over the state at diverse sites. However, there are still other states that one can find and even collect thundereggs in. The Black Agate Hills Geode Bed in the southern California desert is a site that holds some unique thunderegg formations. In this lower Sonoran Desert landscape, rock-hounders are gifted with a unique variety of thunderegg. This site is not only known for producing on-average, larger thundereggs; but also containing cores that are usually a bold and rich with contrasting light and dark deposits.

There are several already dug-up areas where at this site so you can dig around in these areas without feeling to shy about it. For those reluctant or lazy to dig, foraging on the ground surface can also be productive. Getting to this site can requires following a list of directions that can be found online. Along the rocky slopes for the Florida Mountains in southern New Mexico, near the town of Deming, recreators and rock-hounders flock. Rockhound State Park is an obvious attraction to rock and mineral enthusiasts and is also a popular campground during the spring, winter, and fall seasons. This is one of the few state parks where collection of rocks and minerals is actually supported.

While jasper is the most prevalent thing to collect at this site, this state park is also home to: geodes, pearlite, quartz, and of course; thundereggs. While the site receives quite a bit of visitors, constant erosion is continually unearthing new treasures. After heavy rains can be a good time to see what new rocks and minerals have been revealed.

Thundereggs are one of those geological finds that are just really intriguing. I’m not sure if it’s because they can only be found in very specific locations around the world, or if it’s because you just never know what kind of formation will be found inside the thunderegg.

Whatever the reason, thundereggs are a natural wonder that has intrigued me since I was a little kid, and they continue to intrigue me. 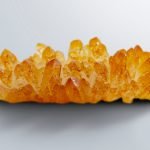 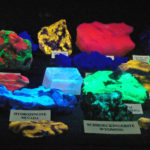