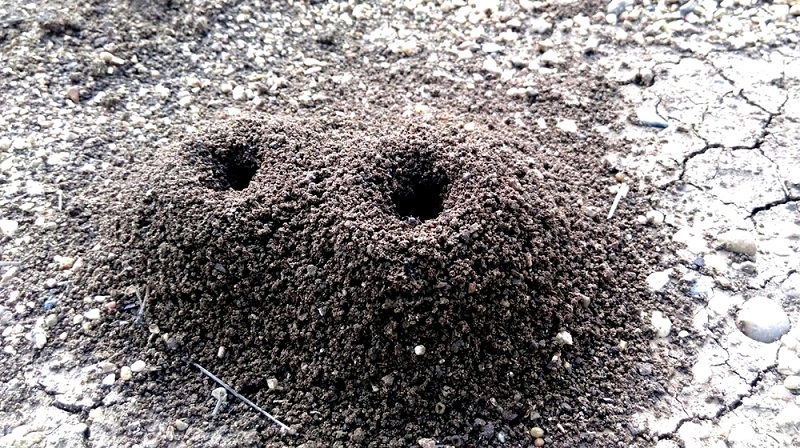 Garnet, the birthstone for January, is mined at sites in many countries around the world. Ant Hill Garnets are rare and unique in the manner in which they are collected. The garnets are found only in the Four Corners area of the Southwestern United States, south of Monument Valley and near the small towns of Kayenta and Garnet Ridge.

Ant Hill Garnet has been collected by native tribes, especially Navajo and Hopi, for centuries. These tribes discovered the sparkling stones as they traveled established western trails long before the Spanish began exploring the New World. The highly-prized gems were being widely distributed locally as trade items by the mid-1500s.

These small, exquisite stones are mined not by human hands but by–yes, it’s true, ants! Specifically, the fairly large-sized, redish-brown Southwestern Harvester Ant, Pogonomyrex barbatus, is responsible. The ants haul the precious gemstones to the surface as they dig and repair their underground home. The ant hills are generally only a few inches high, but mounds may easily spread out as wide as 4 feet on the surface and descend as far as 8 feet underground.

When you consider the source, the name “garnet,” which is derived from the Latin word for “seed,” is certainly appropriate. As these seed-eating, industrious insects expand their tunnels, they remove the tiny garnet stones along with other small pebbles. Stones too large to carry are left in place as the ants simply dig around them.

The area’s periodic rains then transport the loose, discarded stones down the side of the ant hill while simultaneously washing them clean. The garnets are easy to recognize as they present a colorful, sparkling contrast with the surrounding soil.

Members of the local Navajo tribe collect the gems from in and around the margins of the ant hills, where they may accumulate in great numbers. The tribe uses them in native jewelry and sells them to lapidaries in bulk, or parcels. Most of the gems are less than 1 carat in size, which is the limit the ants seem able to carry. This a actually a good thing, as the intense, dark-red coloring can appear almost black in larger sizes, which don’t allow enough light to filter through.

Although some stones are indeed cut for use in stunning jewelry pieces, most are tumbled, drilled, and polished for use in beaded crafts. Some are even sewn into ceremonial rattles. About ninety percent of the gems are a deep ruby red as a result of the presence of aluminum in the surrounding materials. They may also be black, green, or clear. Actually, the only color these gems cannot be is blue. There is often a bit of rhodolite and spesssatine in the mix.

These Arizona stones are naturally made and brought to the surface by natural means. They are not commercially mined as garnets are in most locations around the world. Since they are located on reservation lands, they may not be collected by anyone outside of local, native-born Navajo tribe members.

Ant Hill, or Ant Mound, garnets have also been found in lesser quantities in a few other parts of the country, such as parts of , Wyoming and McKinley County, New Mexico. Rockhounds may want to do a bit of research if they want the experience of collecting these rare stones. The gem may also be referred to as Arizona Ruby, Chrome Pyrope, or just Pyrope.

Since the supply of Ant Hill Garnets depends upon the industriousness and prosperity of local red ants, the supply is not sufficient for mass-production purposes, and their greatest popularity is within the local area. For this reason, the Ant Hill Garnet is sometimes called a novelty gem. Still, the gems are certainly high-quality and durable, with a Mohs scale hardness of 7-7.5.

Invading ant species have been threatening the Southwestern Harvester ant in recent years. We can only hope they will continue to thrive for the sake of the other species that depend on these insects as a food source, and for the wonderful riches they supply in the form of Ant Hill Garnets, a unique Native American treasure. 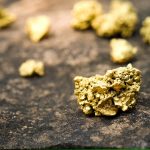 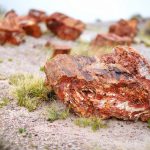