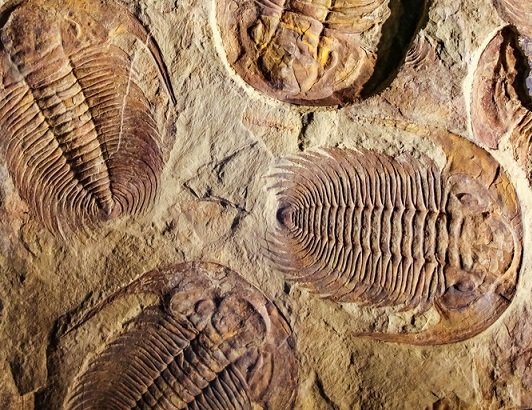 It’s hard to imagine land locked Ohio as anything other than farm land, small towns and rolling landscapes. But Ohio was in fact once the location of a warm tropical environment, surrounded by ocean water and a vast amount of marine and terrestrial life.

Fortunately, there is evidence of this long lost ancient world! Ohio has many fossil deposits across the state that span a number of different time periods. In this article we’ll go over some of the best locations in Ohio for hunting fossils. While some of these locations do not allow digging, some of them do. Ultimately it’s your responsibility to know if digging or collecting fossils is permitted or not.

Related: The Top Fossil Dig Sites Open To The Public

Types Of Fossils Found In Ohio

Fossils can be found all across the state of Ohio. Below is a list of some of the more common types of fossils that you can expect to find:

Brachiopods are bottom dwelling marine bivalves that closely resemble clams or oysters, however they are not related. During the Paleozoic Era, brachiopods dominated the sea floors.

Bryozoans, also known as “lace corals” or “moss animals” were colonies of tiny sea animals called zooids. These individual creatures lived together in connected tube like structures of calcium carbonate.

Crinoids, or “sea lilies” are an ancient animal that attached itself to the sea floor in long columns. Crinoids first appeared about 300 million years before the dinosaurs. They flourished in the Paleozoic and Mesozoic and even into present day. Complete specimens of crinoids are relatively rare but can be found.

Gastropods fossils are essentially the fossilized remains of snail-like and slug-like invertebrates. Since slugs do not carry a solid structure, most gastropod fossils are those of animals that resemble snails (shells).

Pelecypod fossils resemble modern day mollusks and clams and are fairly common, however pelecypods can easily be confused with the even more common brachiopods. Even though brachiopods and pelecypods both have two shells, they’re quite different from each other. The two shells of a pelecypod are identical except that they are opposite each other, much like looking into a mirror.

Trilobites are a group of extinct arthropods that have a hard shell like modern-day crustaceans. They look a little like hard shelled insects, which is why they’re often referred to as “bugs” by fossil collectors, even though trilobites are not related to insects in any way. Trilobites are an extinct clade of Arthropods, a crustacean like animal.

Where To Find Fossils In Ohio

Trammel Fossil Park is located just a little ways north of Cincinnati, and it’s home to a number of brachiopod and bryozoan fossils from the Ordovician period. You’re able to keep any specimens you find, and it’s an easy to reach location.

The park does have open hours, and it closes by 8 in the evening. So, you should plan your trip accordingly. Luckily, all your digging will be on the surface, and you won’t have to bring a lot of equipment. There are some minor services available at the park, and the short trip back to town means that you can easily leave to buy something if you end up needing a tool or some food. That makes this not only a good spot for Ordovician collectors, but it’s also a decent place to bring your family since it’s not remote.

If you’re looking for one of the world’s two best Devonian period dig sites, you’ll want to head to Olander Park. It has a massive variety of Devonian period brachiopods, trilobites, horn coral, and bryozoan fossils.

It’s also an extremely family-friendly location. The entire park is free to enter, dig, and park. You can take your fossils home with you without restriction, too. In fact, the only rules the park has are that you can’t dig outside of the designated dig site, you cannot use any tools (Don’t worry. The shale can be split by hand), and you have to leave one hour before sunset. Other than that, you can do whatever you want. Oh, and you can’t bring your pets into the digging area. However, there’s a long trail that wraps around the dig site, and you can bring your pets along with you while you hike.

If you want to visit Olander Park, it’s right across the street from Mayberry Square. That’s a good thing, too. There are bathrooms at the park, but there aren’t any food stands or anything like that. Being in close proximity to the square will allow you to make sudden trips to the store without having to drive a long distance. That’s a problem at many other digging areas.

Originally mined in 1927, Oakes Quarry Park is now a recreational park that gives you free access to fossils from the Silurian period. The fossils are embedded in the limestone, but you might occasionally find some fragments laying around from other diggers.

The park isn’t as family-friendly as Olander, but it provides a more challenging experience for more seasoned collectors. The area doesn’t have many services around, and that makes it difficult for me to recommend it to families, but it is worth a shot if you like to collect marine fossils and limestone. If you want to visit the park, you’ll want to head to Fairborn Ohio. Once there, there are plenty of signs to guide you to the park.

In 1971, the US Army Corp of Engineers began construction on a dam at Caesar Creek Lake. During this time they also created an emergency spillway to act as an overflow for the lake. While blasting away rock during the construction of the spillway, the US Corp of Engineers unknowingly exposed multiple layers of bedrock which was full fossils of ancient sea creatures that were alive millions of years ago. These exposed fossil beds extend for hundreds of yards and the fossils now lie right on the surface.

Most of the fossils you’ll find at this Ohio location are brachiopods, which look very similar to sea shells, and bryozoa which look a lot like coral. While hunting for fossils at Caesar Creek State Park you may also find crinoid and even gastropod fossils. The rarest fossils at this fossil dig site are horn coral, cephalopods, and trilobites.

It is perfectly legal to go and view fossils in the spillway at Caesar Creek State Park anytime, however, if you’d like to collect fossils, then you will be required to obtain a permit from the US Corp of Engineers, which you can find more info on here.

In the Southwest part of Ohio is a 1775 acre park that not only provides excellent swimming, fishing and boating, but also excellent fossil hunting.

Cowan Lake State Park is situated near the Cincinnati Arch, which is a portion of bedrock that was lifted up during the process of the making of the Appalachian Mountains.

Much like the nearby Caesar Creek State Park, the emergency spillway at Cowan Lake State Park exposes Richmondian strata of the Liberty and Whitewater Formations.  In turn, many different types of marine fossils can be found here such as brachiopods, horn corals, bryozoans and more.

Permission to collect fossils at Cowan Lake State Park is required. More information on the permit process can be found here. 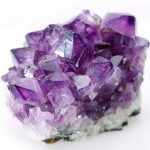 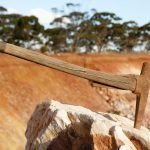