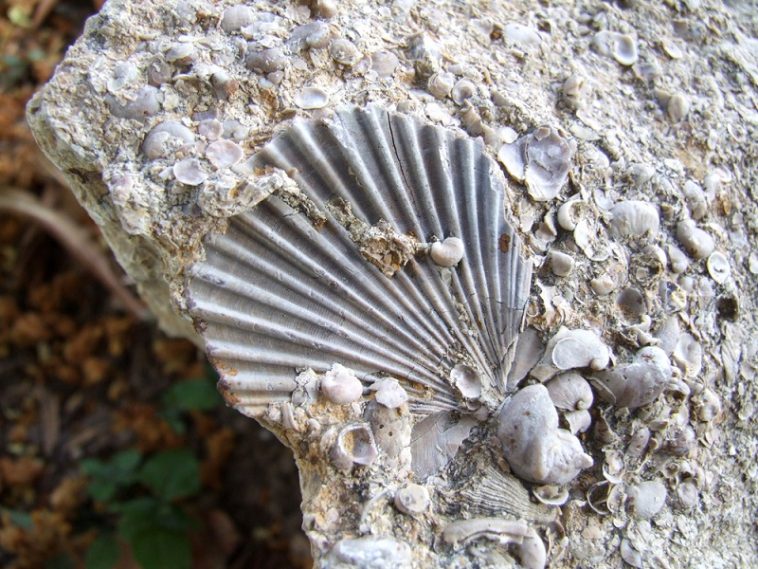 With the size of Texas and some of the impressive formations around the state, it’s no surprise that it’s home to tons of fossils. While it can be hard to find an area to collect them, many people just find a bit of joy in finding them along the soft stone cliffs and in riverbeds.

So, if you’re trying to find out where to find fossils in Texas… read on and we’ll show you some great spots!

One of the few sites where the collection of fossils is explicitly allowed is Mineral Wells Fossil Park. You’ll get free admission to the property and they allow you to take home some specimens as long as they meet the rules.

Mineral Wells Fossil Park is just a bit west of Dallas, tucked along some backroads off the 337. If you take a look at satellite maps you’ll see the large area where people are allowed to dig.

The site itself is pretty basic. Bring your own tools and collection bags, as well as water and food for the day. It’s a place where you can dig fossils, not a borderline tourist trap like some paid digs.

The fossils from this area are quite primitive, including crinoids and trilobites. They’re also plentiful, allowing you to take a few prized samples for your own collection. It’s nice to be able to pick and choose, instead of simply finding the occasional sample.

For those into primitive fossils, Mineral Wells Fossil Park is a must-see. It’s also great for those from out-of-state who may not be able to parse all of Texas’ complicated mineral gathering laws.

Another area where prospective collectors can do more than catalog their finds is Ladonia Fossil Park. It can be found north of the town of Ladonia, which is itself to the Northeast of Dallas. The park is publicly accessible.

This park is a little bit hazardous, so make sure you use the public access points and watch your step. The actual fossil collecting area is very tame, however, consisting of a long riverbed.

The fossils found here are mainly from the Cretaceous Period. Some of the most common finds are ancient shark and mosasaur teeth, which are an excellent addition to any fossil collection. You’re allowed to collect from in the river and from along the banks.

This is a day trip, so plan appropriately. Food and water are just as necessary as tools, especially when you’re hiking out heavier than you came in.

The reason that Ladonia Fossil Park is available to the public is simple: the river in the area regularly washes all of the fossils along when it’s flowing. If the river isn’t flowing heavily, you’re free to collect!

The best time to hit the riverbed is after rain since the surface will be awash with newly unearthed fossils. With good timing, this spot can be an absolute hotbed for the casual fossil collector.

This creek winds through the town of Sherman, which is where the easiest access to the creek is. Along the creek, it’s possible to find shark teeth and bone fragments from larger vertebrate fossils.

The easiest access is in the Southern end of Sherman, near the bridge. Once there you can get down in the riverbed and begin your hunt in earnest. It’s a very unique area and one which is well worth the effort to access.

The majority of fossils can be found in the sandbars and gravel piles along the creek. Rubber boots aren’t a bad idea, since the creek is quite rocky and you’ll want a good grip to stay safe. You can then sift through gravel piles and see what turns up!

Regardless of whether you find anything, it’s hard to miss the history which is just laying in the rocks underneath your feet. As you can see here there are long areas of the bed that are almost solid fossils.

Just make sure you know what you’re looking for! It can be hard to find fossils in all of the dark-colored, wet stone that forms the bed of the creek.

Lake Whitney State Park is south of Dallas and Fort Worth, and it’s another great spot to take a look for fossils. The banks along the lake are teeming with them. Unfortunately, however, this isn’t a spot where you’ll be allowed to collect fossils.

The fossils tend to occur in rock formations and allow for easy viewing. While it’s unfortunate that the land doesn’t allow you to take fossils, the truth is that it means they’re well preserved and easily visible for future visitors.

Impressive fossils along the cliffs are the main draw, but it’s a beautiful area as a whole. It may make it worth it if you like to hike in addition to looking at ancient history etched in the stones.

While the collector may want to give a skip to Lake Whitney and its temptations, it’s definitely worth a trip for the fossil enthusiast. You can take a look at their guidebook to see if it sounds like a stop you want to make.

Dinosaur Valley State Park is a unique attraction and even the home of some major paleontological studies. For instance, it’s here that we first gained proof that sauropods walked on land instead of simply wading in water to support their impressive bulk.

The main fossil attraction in this area is the numerous footprints that can be found in the park. They come from various dinosaurs, and near the State Park proper is the site of one of the more famous fossil hoaxes.

What isn’t a hoax is the prints that run down the riverbed. These tracks are embedded deep and visible when the water level is low enough. Try to make it in the summer, after any significant rain has ended, for your best chance of a close-up view of the tracks.

Check it out if dinosaurs are your thing, it’s rare to see any sort of evidence of large vertebrates in nature, and in this park, you can literally walk in the steps of giants! 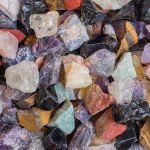 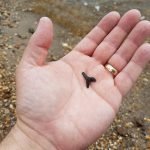