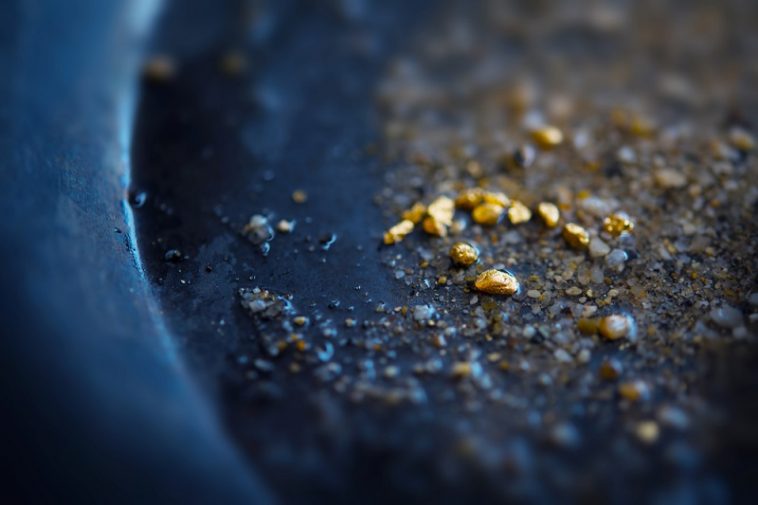 With its enormous landmass, it’s no surprise that Texas houses a lot of locations to look for gold. Even if you’re not getting rich, there’s something amazing about pulling the stuff out of a stream or stone yourself. Texas is specifically known for producing very fine placer gold, which is the target of amateur prospectors across the state.

Where To Find Gold In Texas

Without further ado, let’s get down to it and we’re going to dig up some great places to find gold in Texas.

Along the Llano River are a lot of great places to find gold. In this case, you’ll be panning it out of the river as the old prospectors did. So, make sure to bring a pan!

There are only a few places in Texas where you can legally just go out and pan for gold. Along the Llano River, the most accessible place in the area south of Kingsland Slab. You can also legally pan along the area where the river cuts through Llano.

This area has a decent amount of gold, but the majority of it occurs in very small pieces. Nuggets of even a single gram are vanishingly rare. On top of that, the bottom of the river is very sandy, which makes it a bit difficult to pan.

Overall? It’s still the easiest way to go find some gold in the state of Texas. The area south of Kingsland Slab is best known, but your chances are pretty good along the whole river to find something.

You should also take note of the recent weather. Coming in after a flood is your best bet since it washes up all of the heavy gold that’s settled at the bottom of the river. Gold’s density leads it to become “trapped” in places, and a fresh flood kicks a lot of it up.

The majority of the gold in this area seems to come from the Llano Uplift. This is undoubtedly the richest area in Texas for an amateur prospector, but nearly all of the small creeks that flow from the Llano River have some amount of gold in them.

The gold here tends to be a bit less fine than that found in the smaller creeks, since erosion wears them down the farther they come from the source. Still, if you know it’s there then you can come prepared to find it!

Try exploring the area, but keep aware of Texas’ laws. Some areas require permission to pan, and others may not be accessible to the public at all.

Specifically, the area near Kerrville has recently been found to have gold. Like the Llano river, it seems that the majority of the gold is in very small amounts, but here and there people have found an actual little chunk.

Most of the public access areas along the river have had someone dip in a pan, but a large discovery in the area made people start taking a closer look. Specifically, someone found all of this, which is more than enough to kick off a gold rush among amateur prospectors.

One tip: people in the area have used metal detectors to find larger patches of black sand in this river. Black sand is heavier, denser material and it’s much more likely to contain gold than the rest of the river bottom.

Just bear in mind that like most places in Texas that people search for gold… well, you’re only likely to find novelty amounts of the yellow stuff. Even serious prospectors, with sluice boxes and other equipment, know that there’s not a lot of gold in Texas.

Of course, that’s also half the fun! You may come away with a bit of gold and a great story.

If you follow the 16 south of Llano, you’ll eventually find a turn-off that lets you get access to Sandy Creek. Like many of the smaller subsidiaries of the Llano River people find some gold here when they go panning.

The gold here is often very fine, coming in tiny particles that are hard to get out of the sand. You’ll need a lot of patience here, but it can pay off if you’re looking for a collector’s specimen.

This area is relatively new on the “it-list” of gold in Texas, so there may be some pickers and nuggets still in the spot. You should make sure that you come expecting to spend a lot of time panning, however, as the ultra-fine gold powder requires a delicate touch to remove.

You can also try dry washing the sand from the area. In a lot of these smaller creeks, it’s one of the best ways to get something to bring home. You’ll also want to bring a metal detector, they’re excellent for locating patches of black sand along the creek bed.

It’s worth a shot if you’re in the area, so check it out.

The home of a few ghost towns, the Shafter Historic Mining District still seems to produce some of the fine placer gold that Texas is known for. If you’re in the area it’s not a bad place to stop, and there’s more to do than just go panning here as well.

People still search in and around the old ghost towns for gold. The area around Shafter was mainly a silver mine, but gold was found in some quantity as well.

Make sure you know the rules when you’re in and around Shafter, but the spot is promising if you’re willing to take a look. And like most ghost towns, there’s always a lot more than what you originally came for!

You may also want to look in the other ghost towns in the area. While efforts have been made to re-open some of the mines, specifically the Presidio Mine, the area remains pretty much abandoned.

That still doesn’t stop a steady stream of prospectors hoping to find the big one the next time they’re out there. After all, the journey is most of the fun! 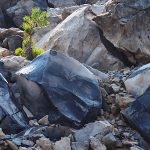 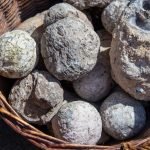