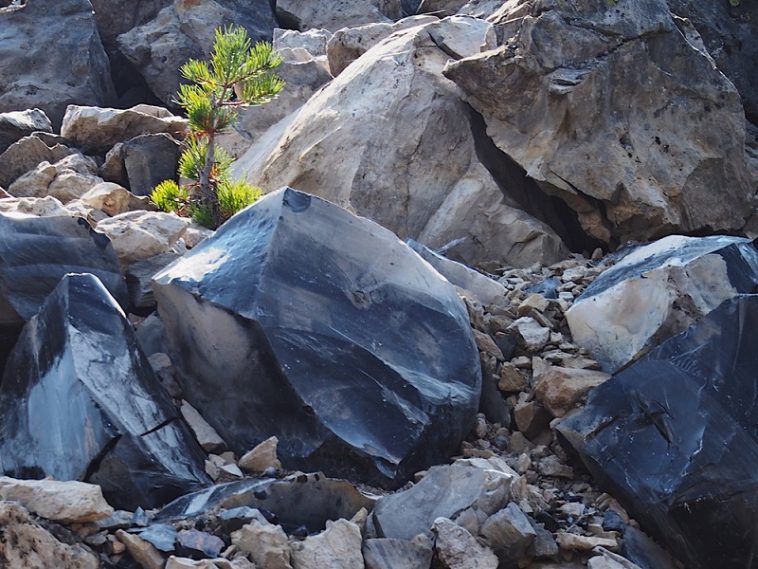 The great state of Texas is enormous and has a wide range of minerals available for those who know where to look. For many rock collectors, obsidian is a highly prized specimen that’s been collected over time.

Curious about where to find obsidian in Texas? Read on!

Is There Obsidian in Texas?

Unfortunately, there are no deposits of obsidian in the state despite its large size. Just judging from the geological structure of the state you can see there probably aren’t any secret deposits hiding in the cracks.

Obsidian is actually an amorphous solid, instead of a true mineral. It forms from molten silicon dioxide as it cools after a volcanic eruption.

That said, people do occasionally find some bits of obsidian in the area. The reason? Obsidian was one of the most widely traded goods in pre-colonization North America and it was prized for its use in arrowheads and tools.

How Obsidian Got to Texas

While we don’t know everything about the ancient trade routes that led obsidian artifacts to emerge in Texas, we do know that they came from diverse sources.

Obsidian has been found that originated as far away as Idaho or modern Central Mexico. Flint was also part of the trade routes in many cases, the coastal tribes of Southern Texas didn’t have any suitable stone for creating knives and arrowheads.

Obsidian was an important part of trade routes, it makes fantastic cutting tools and was available in large quantities in some places.

Texas isn’t exactly a hotbed of obsidian relics. They’re an occasional find for archaeologists, which suggests they had a high value.

We may never know exactly which trade routes brought the black volcanic glass to the shores and hills of Texas, but there’s still a lot of information to uncover in this area.

Where Are Obsidian Artifacts Found in Texas?

The majority of obsidian artifacts that come from Texas are found in the East. Numerous studies have been done on them since they’re one of the few remaining vestiges of those cultures. Their source is of interest to anthropologists trying to recreate the ancient trade routes that emerged over the American continent.

Other important finds include the panhandle of Texas, where most of the obsidian appears to be from Mexican sources.

Obsidian finds are rare, and but Texas has a lot of arrowheads. If you’re on the hunt, it may be a long one. You’ll want to go retail if you’re not patient, but it can be a lot of fun to get out and find artifacts. Even if you may not find exactly what you’re looking for.

You can find arrowheads scattered along creeks, streams, and river beds in most parts of the United States. They were good hunting grounds after all, and not every arrow could be retrieved.

On the other hand, there are a couple of places that are more promising than searching at random in the state.

There are a few places that amateur artifact collectors in Texas have found more arrowheads than usual. These are your best bet if you’re not a native.

The banks of the Guadalupe River south of Central Point are a good spot to start. It’s relatively close to a town and there are long lengths you can look along while you’re there.

The trick to finding arrowheads is easy: find a dry riverbed in an area where there’s a lot of game animals. While many hunting grounds have been covered by settlements, the areas rich with game most likely were in the past as well.

Dry creeks are one of the best spots to look. You’re uncovering small moments of history with an arrowhead, and how many missed shots do you think landed in that creek hundreds or thousands of years ago?

Picking up arrowheads is actually easier in Texas than picking up mineral specimens. We’ll go over the laws in just a moment, but suffice to say you can usually pick them up off the ground.

There are also a few places like Ox Ranch that specifically allow for arrowhead hunting. These places, along with a lot of public parks, have usually been picked over very well. People love finding arrowheads, but there’s only a limited supply after all.

Don’t give up hope, but the likelihood of finding an obsidian artifact isn’t very high.

Without digging, arrowheads are your best bet for an obsidian artifact. If you survey an area carefully you can often find spots where you’re much more likely to find them.

So, the areas you’re looking for should have the following:

If you have the above then you’re in a good spot to start looking!

The Law and Obsidian Arrowheads From Texas

Texas laws on collecting artifacts are easy to obey for most people: if the arrowhead is on the ground then you can pick it up if you’re on State land.

Federal land technically allows for the collection of arrowheads off the surface of the ground as an archaeological exemption. I… wouldn’t want to test it, the exemption is fairly weak and it doesn’t actually make picking them up legal.

It could, potentially, even make things worse.

Just don’t mess around with anything that’s owned by the Federal Government. There’s plenty of other lands in Texas to collect.

The one thing you may not do is dig for arrowheads on public or State land. On private land with permission from a landowner, it’s permissible, but few people allow access to actual archaeological sites.

When it comes to artifacts, things get legally murky when you start digging. Make sure you know all of the regulations surrounding an individual site if you’re actually breaking ground.

On the other hand, there are no worries for the casual collector in Texas. The takeaway for the amateur is this: you can freely pick up arrowheads on private land in Texas, but don’t dig and stay off Federal land while collecting.

For more information regarding artifact collecting in Texas, read this guide provided by the State of Texas. 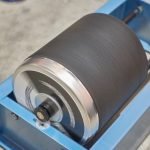 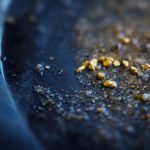