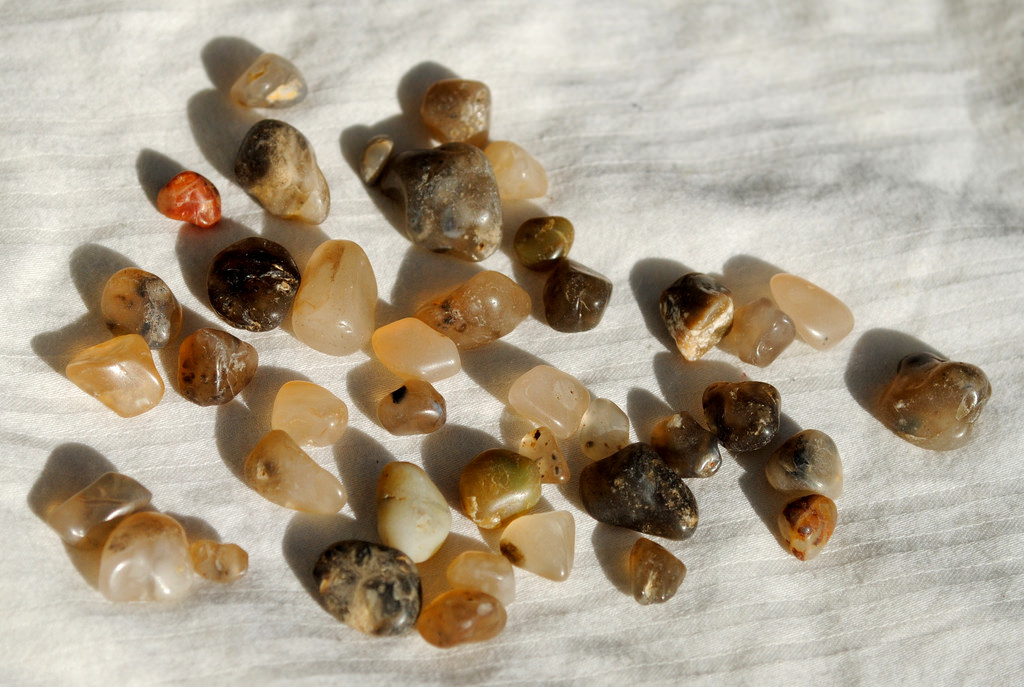 Where to Find Oregon Agates

Rockhounding the Oregon Coast is a dream! Rocks, minerals and fossils abound, as do Oregon agates! Here are the top locations to look for beautiful agates in the state of Oregon. Included are where to find agates in Oregon rivers as well as Oregon coast agates.

Oregon is, without question a rockhound’s paradise.  A huge variety of rocks, minerals and fossils just wait to be found all over the state. Oregon boasts of over 300 miles of Pacific Ocean shoreline, just as many miles of the Cascade mountain range and countless numbers of rivers and streams.

All of these miles of Pacific Northwest beauty produce incredible quantities of rocks, minerals and fossils. But one of the most coveted precious stones that can be located here in the state of Oregon are none other than the beautiful Oregon made agates. Rockhounding Oregon: A Guide to the State's Best Rockhounding Sites Check Current Price
We earn a commission if you click this link and make a purchase at no additional cost to you.

Best Places To Find Agates in The State of Oregon

Ona Beach State Park is located about 8 miles south of Newport, which is about halfway between Newport and Waldport. In addition to being an excellent surf perch fishing location, Ona Beach is also known for being a great destination to find Oregon agates. If agates aren’t easy to come by while you’re visiting Ona Beach, then fossils can easily be found here as well.

Beverly Beach and Moolack Beach are approximately 5 miles north of Newport. Both of these beaches are phenomenal locations. In my opinion, they are two of the better beaches to be able find Oregon agates.

Newport, Oregon is one of my favorite places along the Oregon coast. This probably ties back to the fact I spent a lot of time here as a kid and have great memories of the areas.

Newport is also home of what has historically been one of the most popular places in Oregon to find agates.  And that’s none other than Agate Beach.  Not surprisingly, Agate Beach in Oregon is named for the agates that can be found along the beaches that lie between Newport and Yaquina Head.

From the Oregon State Parks website, “Razor clamming is a favorite activity as well as surfing. If you plan to visit prime Newport attractions like the Oregon Coast Aquarium and Hatfield Marine Science Center, you must stop in for a refreshing picnic at Agate Beach.Agate Beach Wayside is situated between the new and old highway 101. There is a large parking lot with room for trailer parking. The beach access trail consists of a tunnel that goes underneath the old highway 101 to a large sandy beach area.“

​The Willamette River and Its Tributaries

In my opinion, the Willamette River and its tributaries are by far the best place to find agates in Oregon and hunting Oregon agates. The Willamette River is my top secret destination for locating large numbers of these precious gemstones. Every year we spend several days canoeing down the Willamette River.  And every year, we come home with pockets crammed full of large beautiful agates.

The Willamette river is a 300 mile long river that begins its path high up in the cascade mountains southeast of Eugene.  The river winds its way through forests, farmland and cities before joining the Columbia River in Portland.  In addition to agates, you can find fossils and arrowheads along the way.

Tips for Agate Hunting on The Oregon Coast

The Oregon Coast is known all over the the world for its ruggedness and intense beauty with over 360 miles of beaches that are accessible to anyone. And many of these beaches are laden with wave tumbled precious stones, such as red carnelian agates, white cloud or moonstone agates, red, green and yellow jasper, petrified wood and much more.

But agates aren’t quite as easy to come by as they once were. These days it takes a little bit more rockhounding to actually find the sought after rocks.

So I put together 5 best tips for finding Oregon Coast agates that will give you an advantage at finding form agates on the Oregon Coast.

1. Stay Safe and Watch The Oregon Coast Tides While Rockhounding

Safety first. There are many parts of the Oregon Coast that are rugged and wild. So the number one thing to remember while collecting agates along the Oregon Coast is to keep a close watch on the tides as well as on sneaker waves.

Not only are the changing tides a determining factor for a rockhounds success at finding agates, but they are a real safety concern. Always be mindful of sneaker waves and never get caught on rock outcroppings with an incoming tide.

The best time of day to look for agates on Oregon beaches are during the low tides. There are several reason for this.  The water has already come up onto the beach and has moved the sand and debris around revealing previously buried agates.  It’s also during high tide that the ocean will bring up onto the beach brand new agates to be discovered.

2. Look For Beaches That Have Exposed Gravel Beds

Beds of agates along Oregon Coast beaches any time of the year. But with that said, they cannot always be visible. That’s because most of the time agates and other gemstones are completely covered by sand.

Look for areas with basalt flows close by. This may be where the agates are originating from, as opposed to traveling great distances in rivers and streams.

3. Hunt For Agates With The Sun Behind You

If at all possible, when hunting agates along the Oregon Coast, try to do so with the sun either at your back or in front of you.  Agates are translucent, and if you can get the angle of the sun just right, it will appear as if the agates are filled with sunlight, making them much easier to spot.

Many, if not most of the agates you find along Oregon Beaches are fairly small in size. And by the time they’ve reached the point on the beach where you can find them, they’ve been worn down into much smaller stones than when they began.

4. Hunt For Oregon Coast Agates In The Winter

Another great tip for finding Oregon Beach Agates are to do your hunting in the winter.  If possible, you want to time your beach trip during low tourist season, when the beaches are not quite as heavily populated.

Summers are typically when beaches are very heavily crowded.  This does not bode well for the rockhound because there is much more competition for each rock on the beach that’s waiting to be found.

Another reason winter time agate hunting is best is because of the numerous storms that make they’re way along the shore. These storms will churn up a lot of the sand and debris that cover undiscovered agates making them available to find.

Agates are those translucent rocks you find on beaches and gravel bars.  Agates are a variety of microcrystalline quartz. They’re typically used as a semiprecious stone when it’s a desirable quality and color.

Agates typically form by the deposition of silica from groundwater in the cavities of igneous rocks. This is why sometimes some of the larger agates you find have smooth, round surfaces.  Essentially, the igneous rock the agate formed inside of was a mold for the agate. Fortunately, the state of Oregon is prime for creating incredible looking agates.

Where Have All The Oregon Agates Gone?

There are many places that agates can be found in the state of Oregon. One of the most popular places that people look for them are along the hundreds of miles of public beaches. Oregon is special in the fact that all of the beaches in the state are open to the public, which makes them a great destination for rockhounds from all over the world.

Sadly, hunting agates on Oregon beaches seems to get more and more difficult at many of the popular agate hunting locations along Oregon’s coast. This prompted me to come up with an updated, more current list of several of the more successful locations you can find Oregon agates.

If you’re planning on spending much time at all looking for agates, you may want to take a look at my article, 5 Reasons To Use A Sand Dipper.  These things are awesome for beach combing!  You can also get more information on them here.

This tool isn't for everyone. I'm listing it here for those who just aren't able to reach down and pick things up off the ground as easy as before. So, if you spend much time beachcombing, then you'll want to give this one a try. It's well worth it.

I highly recommend the sand dipper to every beachcomber.  You’ll never have to bend over again to grab those agates or other beach finds!

Now that you have 3 great locations to find agates, get out there and start looking!  If you would like further reading and information on rockhounding, take a look at my article listing what I believe to be The Best Rockhounding Books, for beginners and experts alike.

You also may want to take a look at my recent post Gifts For Rock Collectors and Mineral Lovers: The Ultimate Guide if you want help finding your rockhound the perfect gift.

Have you spent much time searching for beautiful Oregon agates?  If so, where is your favorite place to go?  Do you have a “secret” location you are willing to share with us?

Share your story by commenting below!  We would love to hear all about it!

Related: Can You Clean Agates With Bleach? (What You Need To Know) 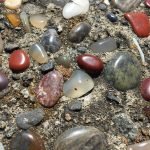 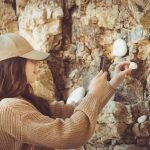