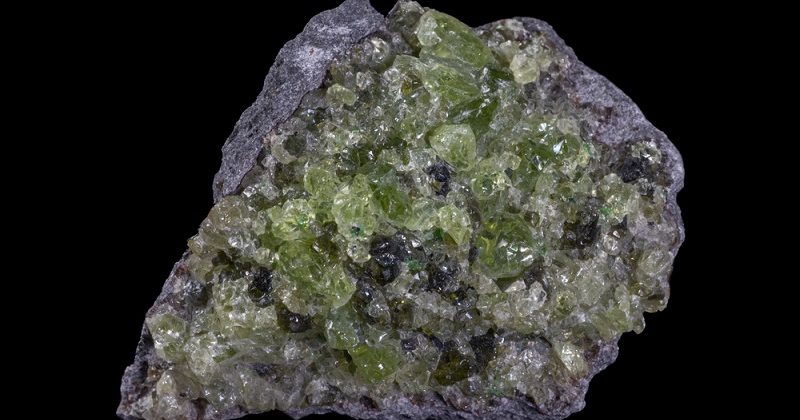 Over the last century, Arizona has risen as a world leader for gem-quality peridot. The bulk of this exquisite green gemstone is sourced from Peridot Mesa, aptly named, located a little over 100 miles east of Phoenix.

Peridot, the official birthstone for August, is the purest form of the mineral olivine. The gem can vary in color from a bright yellow-green to dark green or greenish-brown. The largest gems are often found within basalt flows or in nearby washes. Most stones found by rockhounds outside of mines are less than 5 carats and not of the highest quality compared to San Carlos gems.

Where To Find Peridot in Arizona

Below are a few of the best places across the state you can get your hands dirty and hunt for your own peridot.

Located east of Globe, Peridot Mesa was the world’s biggest peridot producer during the 90s. Since that time, discoveries in the Middle East have become competitive with American sources.

Currently, the San Carlos Apache Tribe has opened up the area to visitors for a fee of $10 per day per vehicle, plus $35 per person per day to the mine owner who will accompany visitors while they are on the mesa. Even with permission, it’s not really clear how much visitors are actually allowed to collect to take home, if anything.

Peridot is often found encased in huge basalt nodules, or “bombs,” which are extracted and then broken open to access the jewels within. One mine owner, Steve Joey, can be contacted online about visits to his mine.

Collecting peridot is definitely off-limits anywhere inside tribal lands without special permission. Apache tribe members mine the gem by hand, then export it to be cut. The gems are available on a number of online sites in either rough or cut form.

Chin Lee Valley, near Littlefield in Mohave County, has been cited by some as another source or peridot, though maybe not as fine quality as one might find on the reservation. The area is close to the northwest corner of Arizona, just south of the state line. There are several small basalt deposits in the area that may be worth checking out.

There is also a lot of gypsum in the area and gadolinite crystals. It’s hard to pin down definite finds there. A local rock shop may have more information.

Buell Park is a gem mine located about 265 miles north of Peridot. Olivine is one of the main products of the mine. The mine is located on Navajo reservation land near the New Mexico border.

The mine itself is apparently closed at present. Although much of the area is publicly accessible, I don’t know if collecting permission is granted by the Indian reservation in that area, or if any washes are coming off of the area where peridot may be found.

Granular deposits of peridot are said to be found in the volcanic rock and surrounding soil which borders the southeastern side of the peridot ridge. Further map research and local exploration would be required for the particulars in this case.

Williams is located in northern Arizona, in Coconino County. The city is sometimes called the “gateway to the Grand Canyon” because it lies at the junction of I-40 and Hwy 64, which leads to the national park. Geologically, the town sits on the western edge of the San Francisco volcanic field.

The exposed rocks in the area include basalts with small olivine (peridot), pyroxene, and plagioclase crystals. The crystals found here will, again, not be so large as those found in the San Carlos area, but can still be a great addition to your rockhound collection.

Here, at last, is an area not located on reservation lands. There is National Forest land, but limited collecting is allowed there. Always make sure you have any required permits and do not collect on privately-owned land without permission.

Really, any area with large basalt deposits may contain at least some peridot. It is also found in wash areas near copper mining facilities. There are a large number of basalt deposits between Williams and Flagstaff which may be worth looking into.