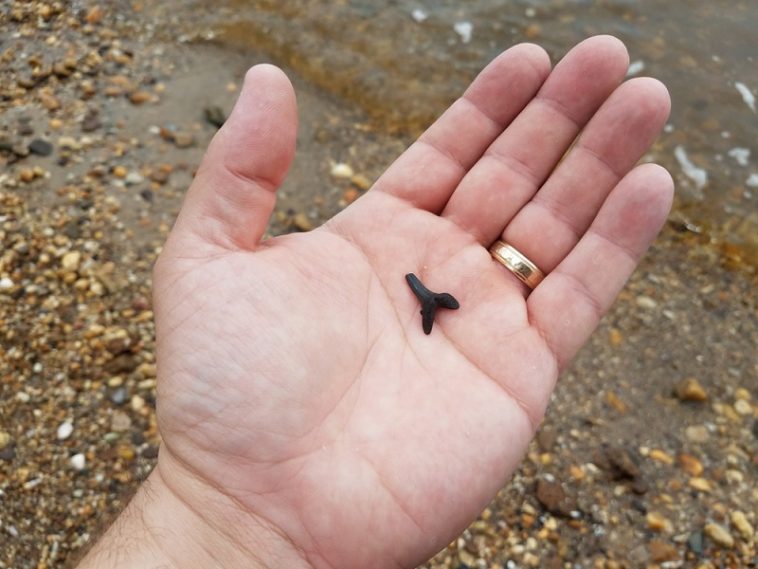 Shark teeth are one of the most common fossils, and they’re also one of the most sought after. While most people think of the desert when Texas is brought up, there are actually a few spots that are great for digging up some teeth.

If you’re in Texas and looking for where to find shark teeth, then read on and we’ll break down some of the best places in the state to look!

Read More: How to Find Shark Teeth in Creeks and Rivers | A Fun Adventure For The Family

Where To Find Shark Teeth In Texas

Post Oak Creek is a famous location, where megalodon teeth can be found in the riverbed. A lot of people plan day trips here for just that reason. It’s located in Sherman, Texas.

You’ll be screening in the creek in this case. The teeth are strewn throughout the creek bed, tumbled in the rocks. Just looking at the surface often provides a first-timer with some specimens.

If you really want to get into it you may want to bring a sifter. These tools make it a lot faster and easier to move through a lot of gravel and stone, increasing your chances of finding a great specimen.

Give some thought to what you wear as well since you’ll most likely be at least ankle-deep in water for much of the day. Bug repellent and sunscreen are also a must.

This is a legal location to collect fossils, but Texas law prohibits you from grabbing them for commercial use. Stay within the bounds of the law by collecting “casually” and you won’t have anything to worry about.

If the ocean is more to your taste, you may want to check out Galveston Beach. Tons of shark teeth wash up here every year, and they range from fossilized to contemporary sharks!

By whatever quirk of geography, this is one of the few locations where shark teeth pop up regularly on the beach. It’s a unique feature and one which you should take advantage of!

In some cases, you may be able to find a Megalodon tooth but this isn’t the primary area for them. If you want to combine beachcombing and colossal shark teeth then most of the better destinations are in Florida.

The teeth are easiest to find on sandy beaches, where they wash up along with rocks and other marine detritus. You can also try in the rocks, but be careful of waves if you go that route.

It’s a great place to spend a day looking for teeth. Or even part of the day, it’s certainly not a remote location.

Low tide is the best time to look, the ocean drags out the sand and sometimes leaves the teeth uncovered as it recedes. They’re prone to becoming covered once they’re out of the water.

See what you can identify afterward. As an additional plus? There’s a lot more than teeth waiting for you!

Another great place is just across a bit of ocean from Galveston. The Bolivar Peninsula has a lot of shark teeth along the beach, and it’s another prime hunting spot.

Like Galveston, you primarily want to walk down sandy beaches. The tiny teeth can be hard to spot, so keep a sharp eye out and move slowly. There are a lot of teeth, but there’s also a lot of beach to cover too.

The water’s edge is one of the best places to look since it will show teeth that have freshly washed up. Farther back from the edge, there’s been plenty of time for the sand to cover the teeth, making them much harder to notice.

You can also grab more debris at once to make things easier. If there are a lot of shells and small rocks in one place, scoop them into a bucket and go through them. You can also find other specimens this way, but the main thing to look for with shark teeth is black.

Then it’s just time to find them in the bucket.

These two beaches make up some of the best places to search for shark teeth in the United States. There’s not a lot of places in Texas to find them but the area around Galveston Bay just happens to collect them like crazy.

Of course, you’ll also be collecting them like crazy if you give it a shot.

Near Waco, Texas is a great spot for finding shark teeth and other fossils.

There’s one thing stopping you: you’ll need to e-mail the Army Corps of Engineers to get a permit to look. It appears that there’s no real hassle, however, just e-mail them and they’ll send you the permit.

Once you’re in, the area where shark teeth have been found mostly is called Waco Pit. This depressed area isn’t natural: the dirt was removed in the past to create an earth dam. However, it’s dug down deep enough that it exposes fossils from the layer underneath the topsoil.

This area is different from the others on this list, being primarily shale. This host stone contains a lot of fossils. While shark teeth aren’t the primary pull here, more than one source has found nice specimens down there.

Make sure you check the weather before heading out. The bottom of the pit can be extremely muddy if it’s rained anytime recently. That makes digging harder and also means you should find the right pair of boots.

Normally this wouldn’t be a problem, just avoid the area then, but if you applied for a permit then you’ll probably want to use it.

It’s an exciting place to dig if you like fossils, consider the shark’s teeth a side bonus.

In Northern Texas, you may also want to check out Midlothian Quarry. You’ll have to find access, either by making arrangements with the quarry or going with one of the groups that plan regular trips out there.

If you can get out there, however, this is a great spot to find fossilized shark teeth.

All of the various quarries in the area have some fossils. Texas is pretty strict on its land-use laws and private property laws, so make sure that you have permission to go looking before you go out into the area.

It’s really best to arrange far ahead of time.

While not publicly accessible, you should give it some thought. Just make the arrangements way ahead of time so you don’t have anything to worry about upon arrival. 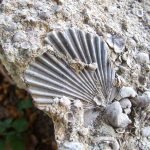 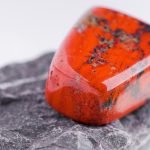