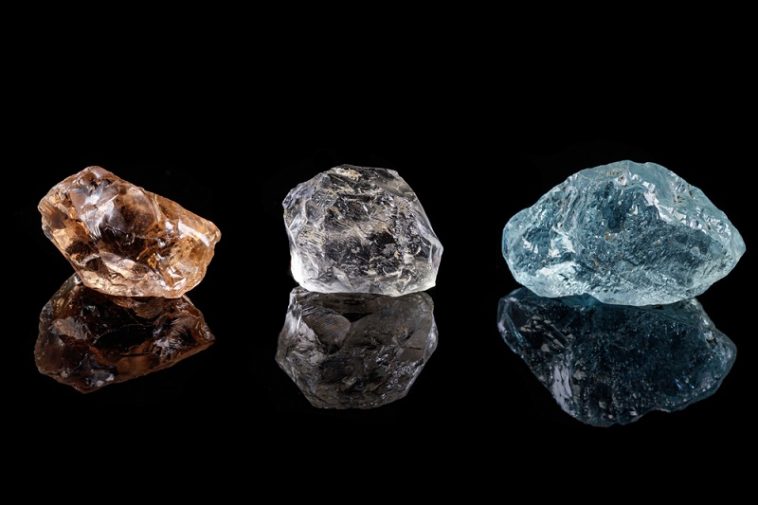 You’ve collected fossils and agates and various minerals of Texas and now you want to try your hand at finding precious gem stones in the “Lonestar State”. Well lucky for you the state gem stone is the blue topaz found right in the heart of Texas! This vibrant stone is treasured for its natural deep blue tone, a tone many jewelers create artificially in other stones. The following is everything you need to know about Texas topaz.

Topaz is an aluminosilicate mineral and one of the hardest minerals out there, scoring an 8 out of 10 on the mineral hardness scale, or “Moh’s Hardness Scale”. A precious gem stone for most of human history, topaz has been used in jewelry for thousands of years because of its bright colors and how scratch resistant it is to daily wear and tear, perfect for rings and necklaces. It comes in all colors of the rainbow, but blue is one of the rarest and most sought after colors.

Such a hard mineral has to form deep underground in igneous rocks like granites or rhyolite, where lots of heat and pressure allow them to grow, and all the necessary ingredients are present. Luckily, Texas is home to a large granitic uplift, known as the Llano Uplift, where granites and rhyolite rose to the surface after cooling. This is the perfect location for finding topaz crystals without needing heavy machinery and mining equipment!

How Can I Find Topaz?

Since topaz is such a hard crystal, many people forego the pick axes and jack hammers and instead choose to find surface crystals. The topaz is so hard, in fact, the crystals will weather out and be transported along the surface in places like streams or outcroppings. As most people don’t have access to heavy machinery and sophisticated mine equipment, lets focus of surface collecting topaz with nothing more than a bucket, a shovel, running water.

Where To Look For Topaz

Topaz is heavy and hard, so it often washes out of its original host rock and travels in rivers or near the river banks, sinking to the bottom of the running water. Sometimes floods even wash topaz into the surrounding cut banks, sand bars, or the roots of river side plants. We are going to look for a location that looks like a gravel pile where river stones are naturally deposited and replenished.

How To Search For Topaz

To start prospecting our hunting grounds, we need to look for gravels below the surface stones. Remove any large cobbles or boulders and focus on gravels that are 1” or less in size. Begin collecting these gravels with your shovel and placing them in your bucket. This is now called the “paydirt” and we’ll sift through this, washing and examining each stone to see if we’ve collected any topaz.

How To Identify Topaz

Now that we have several buckets of paydirt, we can begin sorting through the rocks to find our gemstones. Identifying rocks is a hard science, but these tips and tricks should help you to separate the potential topaz from the definitely-not-topaz.

First we look for clarity, a washed topaz crystal should let light pass through like a shard of glass when held up to the sky or held in front of a light source. It can have tones of color in any palette of the rainbow, but it is almost always somewhat see-through.

Luster is how a mineral reflects light, or how you would describe its appearance. A lump of coal would have an earthy luster, while a piece of glass or quartz would have a “vitreous” luster. Topaz is like quartz with a vitreous luster that appears glassy while being transparent or translucent, and can contain colors.

Second, we need to separate quartz from topaz by hardness. Topaz will scratch a piece of steel, while quartz will be scratched by steel. Hardness testing is hard to do without the correct tools, and impurities and natural fractures may affect hardness. Hardness tests can be found online if you are willing to buy the necessary tools. If your stone is hard enough to scratch a piece of steel then you may have found a topaz crystal!

Identifying minerals includes testing and observing many different qualities of a stone, and very few are immediately determinative alone. The best bet is to have someone experienced with you to help, and the following locations will have experts who know the local area and the stones.

Where To Find Topaz In Texas

You’ve learned where topaz is formed, and where to look to find topaz. You’ve learned how to identify topaz, and now all you need is a topaz site to test your luck. Enter Mason County, the only known site of blue topaz in the whole state of Texas. Mason county is home to several private ranches with paid public access where blue topaz can be hunted.

Seaquist Ranch has been in operation for decades as a topaz hunting Mecca. Guests can pay $20/person to be escorted to a creek bed known as Topaz Gulch that has turned up topaz crystals for ages. It is recommended to bring your own tools, but there are tools available for rent including a rock hammer, sieves, and buckets. A 48-carat blue topaz has even been found on this ranch!

Lindsay Ranch is home to camping, hiking, artifact hunting, and flower picking as well as topaz hunting. Prices range from $10/children to $20/adult and includes a full day of access to the ranch and includes equipment available or use at no cost. Several 20 ct stones have been found here recently, and many topaz of different colors are found at this locality as well. Be sure to check out the Comanche Creek area where multiple large stones have been unearthed in recent years!

Bar M Ranch has historically been the place to go hunting for topaz with family and friends, with all equipment available for renting. They provided an entire experience including other activities such as hunting, hiking, stargazing, birdwatching, photography, and rockhounding. Unfortunately, as of January 1, 2021 topaz hunting is no longer offered on the property due to reasons beyond the ranches control. Keep an eye open in the future though, maybe topaz hunting will be return to the ranch.

If topaz hunting isn’t for you but you’d still like to obtain a piece of local topaz, consider the following Mason County small businesses when in the area. 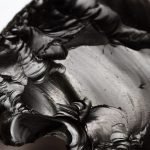