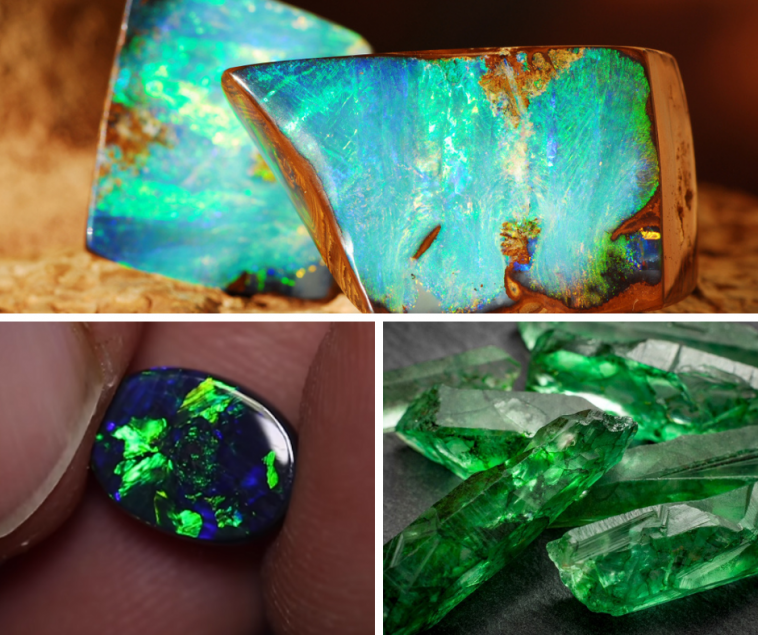 The World’s Rarest and Most Valuable Gemstones

Due to their high values, a lot of people think that gemstones like diamonds, emeralds, sapphires and rubies are the rarest in the world. Initially, I thought this as well, but after a little research, I was amazed to learn that they’re not even close.

In fact, there are at least a dozen gemstones far rarer and more valuable than diamonds. One thing is certain: Rarity is often a bigger factor in determining a gemstone’s value than mere looks.

Strangely, in my opinion, some of the most valuable stones are not as visually breathtaking as I thought they would be. It is important to point out that the values in this list (or any list of this nature) are not and can not be 100% accurate.

The truth is gemstones are worth whatever someone is willing to pay for them. Availability, time and the eagerness of owners to sell will all influence the sale price of gems.

I had a lot of fun putting this article together, and hope you enjoy it as well!

Related: The Top 15 Most Dangerous Minerals

Top 20 Rarest Gemstones In The World (In Order By Value) 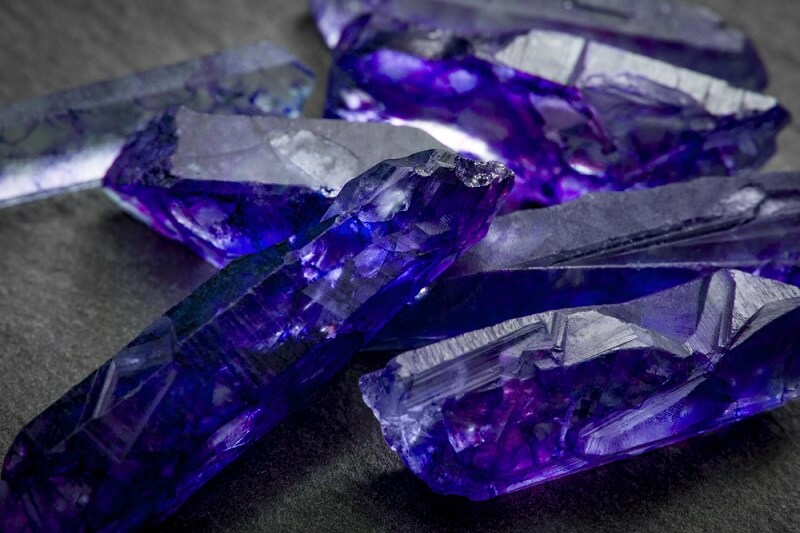 Said to be about 1,000 times rarer than diamonds, tanzanite is a deep-blue gemstone named after Tanzania, where it was discovered for the first time in 1967. Interestingly, tanzanite is only found in Mount Kilimanjaro’s foothills and is currently valued at about $1,500 per carat.

Royal dementiods resemble emeralds but are actually part of the garnet family. They range in color from a deep green to yellow, and the yellow in the stones is caused by ferric iron. Dementoids were discovered in the middle of the 19th century in the mountains of west-central Russia and have since been sought after by royal families all over the world. Royal dementoids are currently valued at around $2,000 per carat.

Blue garnet personally reminds me of the sapphire, but it has a slight greenish tint under sunlight. Although there are tales of blue garnet selling for as much as $1.5 million, I was personally unable to confirm this. Blue garnet is most prevalent in Madagascar and, as far as I can tell, goes for $1,500 to $2,000 per carat.

Jeremejevite can be sky blue, pale yellow or completely colorless. This gemstone was first discovered in Siberia, but Namibia is home to the highest-quality stones. Jeremejevite currently costs about $2,000 per carat.

More than a million times rarer than the diamond taffeite was named after Richard Taaffe, who identified the stone in a Dublin jewelry shop in 1945. Taffeite ranges in color from purple to red and is found in china, Tanzania and Sri Lanka. It currently costs $2,000 per carat.

The black opal is the most valuable member of the opal family. It boasts about every color of the rainbow and, at about $2,350 per carat, is far more expensive than other opals. The vast majority of black opals are found in Australia.

Additionally, there is a type of black opal, the fire opal, that is worth even more. The fire opal can be dark red, dark orange or dark yellow. Most of them are mined in the Mexican States of Chihuahua, San Luis Potosi, Queretaro, Michoacan and Hidalgo.

The poudretteite is a soft-pink stone first found in Quebec, Canada. Because of its soft makeup, the poudretteite is unsuitable for placement in rings, but it can be placed in earrings or brooches as long as its wearers are careful. Poudretteite typically runs about $3,000 per carat.

Exclusive to the San Benito river in California, benitoite is lush blue in color that. Benitoite glows beneath ultraviolet light, but experts are still not exactly sure why. Benitoite can sell for as much as $4,000 per carat.

Most of us have heard of emeralds. Many of these gorgeous green stones are mined in South America, but emeralds are found worldwide. Emeralds vary a lot in price depending on the quality. The highest-quality emeralds are worth about $8,000 per carat. To command this price, emeralds must be flawless to the naked eye and be highly transparent.

Related: Green Tourmaline vs Emerald (How To Tell The Difference)

In my opinion, the rarity and color of the red beryl makes it one of the most interesting stones on this list. In fact, red beryl is so rare that only one is found for every 150,000 diamonds. Red beryl is a member of the emerald family and exclusively found in the Wah Wah Mountains of . Red beryl is currently valued at around $10,000 per carat.

This gorgeous light-blue gem hails from the State of Paraiba in northeastern Brazil and goes for $12,000 per carat. Not a particularly strong stone, Paraiba tourmaline cannot take much abuse, so wearers need to be especially careful with it. It is also a rather modern gemstone; it was not even discovered until Heitor Dimas Barbosa unearthed it in the 1980s.

Pezzottaite ranges from raspberry colored to orangish-red or even pink. Also called the raspberry beryl or simply raspberyl, this gemstone was discovered in Madagascar in 2002 and officially recognized by the International Mineralogical Association (IMA) in 2003. Pezottaite goes for about $13,000 per carat.

This pinkish-orange member of the sapphire family is truly beautiful. It was originally discovered in Sri Lanka but has turned up in East Africa and Vietnam as well. High-quality Padparadscha can sell for as much as $30,000 per carat.

I guess to be fair, I have to talk about musgravite, which is a member of the taaffeite family. The dull coloring of this greenish-gray to purple gemstone is not necessarily the most attractive, but I cannot deny its rarity. It originally appeared in Australia and then later surfaced in Iceland and Greenland. Musgravite goes for a bank-breaking $35,000 per carat.

Unlike musgravite, I find painite quite stunning. Painite is very dark brown to red and extremely rare. In fact, only three painite crystals were known to exist prior to 2001, and even though more have been discovered since, most of them are not suitable for faceting. Painite was discovered in and is exclusive to Myanmar in Southeast Asia. It sells for up to $60,000 per carat.

Grandidierite is undeniably beautiful. Its deep-green hues and hardness make it ideal for jewelry, but its pretty uncommon. Mined mostly in Madagascar, Grandidierite emits white, green and blue light, and there are only a few hundred known to exists. If anything exceeds Grandidierite’s beauty, it is probably its price tag; grandidierite commands as much as $100,000 per carat.

Serendibite is definitely one of my favorites, but it is so rare that most people should not plan on ever seeing it. Serendibite, taken from the Sanskrit word for Sri Lanka is either nearly colorless or black and was discovered in Sri Lanka in 1902. To this day, there are only three faceted Serendibites in existence. If you are lucky enough to have the opportunity to buy one of these elusive treasures, you had better have deep pockets; Serendibite sells for as much as $2 million per carat.

Before I started researching this list, I wasn’t aware that red diamonds even existed. In my defense, I am not the only one; only about 50 red diamonds are known to exist. One in particular, the Moussaieff Red, is reputed to be the most flawless in existence. in 2001, the 5.11 carat Moussaieff Red was sold for nearly $8 million, making its per-carat price around $1.6 million. 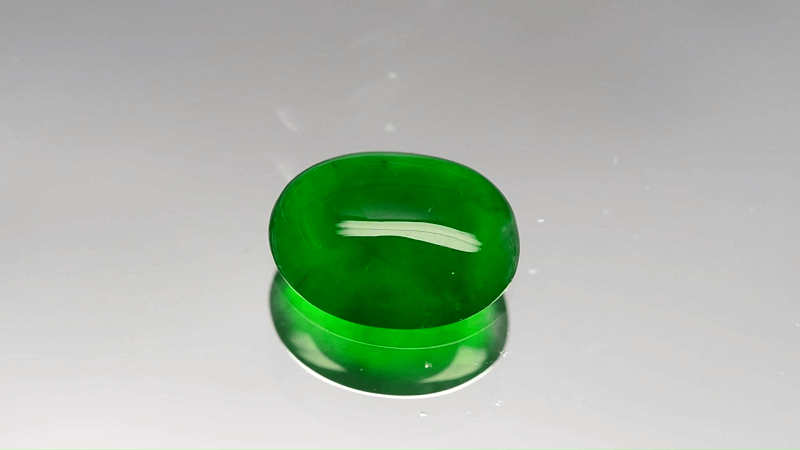 Jadeite is really the holy grail of gemstones. Unlike its counterpart nephrite (or just common jade), which anyone could buy pounds of for very little money, jadeite is elusive to the point where calling it rare is a gross understatement. Found in Burma, jadeite can be sold for up to $3 million.

In 1997, a handful of jadeite beads, which were no larger than five millimeters in diameter, were sold for more than $9 million! Also in 1997, a piece of jadeite jewelry, comprised of 27 beads approximately 15 millimeters in diameter, was sold in the United States for just under $10 million. It seems like a lot, but the buyer in this case, all things considered, got a great deal.

4. How To Tell If You Have FAKE TURQUOISE